“No proposition was too radical for Rhodri Morgan”

Will we have rainbows day after day? 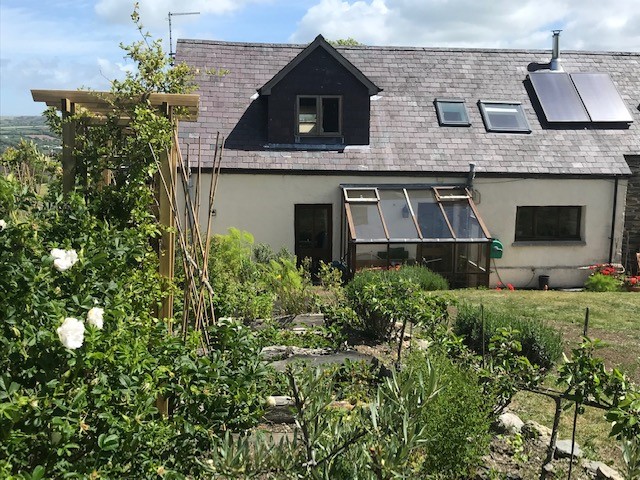 Usually at this time of year, the area in which Jane Davidson lives – on the margins of Ceredigion and Pembrokeshire – is brimming with visitors. But it is of course quieter right now, granting residents less-disturbed contact with “all the fantastic countryside and nature”. On her website, her husband Guy documents the produce they grow. I point out they’ve acres to do it with, not meaning to sound bitter towards the former minister for environment, sustainability and housing in Wales. “We have,” she says, “although we leave most of it alone.” This year, with the land they do use, they’re growing roughly 100 different kinds of fruit and veg. She’s always maintained you don’t need a profusion of plot to grow your own, an acre more than enough to feed those under her (solar panelled) roof. 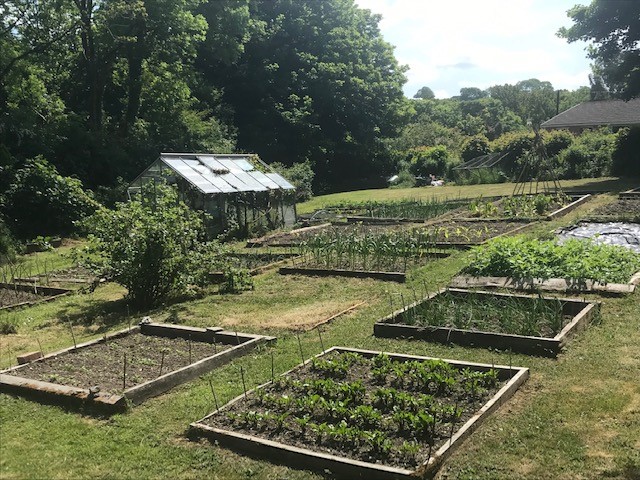 With announcements about the easing of lockdown measures in England due later that day, she’s “delighted” the Welsh government are acting more cautiously. “Wales has kept a different public health model to England,” she resumes, a daughter of doctors, saying whereas the latter have public health doctors sitting in local government, the former appoints them directors of its health boards – “a really important distinction in the context of being able to successfully manage the outcomes [of epidemics and pandemics].”

We also speak the day after many people gathered on Oxford High Street, beneath Oriel College’s statue of imperialist Cecil Rhodes, calling for the monument’s removal. Her book, #futuregen: Lessons from a Small Country covers her upbringing in Rhodesia – named after Rhodes – about which she writes:

Three incidents over a period of years penetrated my idyll enough to start me seeing the worm in my Eden, the racism underpinning the right-wing Rhodesian Front government after the United Declaration of Independence from the U.K. in 1965.

Statues denote a moment in time, says the pro vice-chancellor emeritus at University of Wales Trinity Saint David, “and that moment in time is normally where the rich and powerful have decided to erect a standard-bearer for their values. So erecting a standard-bearer for the values of racism has to be totally unacceptable now, the time for removing symbols of racism and imperialism is now.”

Southern Rhodesia is now Zimbabwe, to which she’s yet to return. “I want to,” she says. “I’ve always promised my children we would go back on a significant birthday.” She doesn’t like to fly due to the emissions, “but I don’t want to outlaw love miles. So I will take my family and relive my childhood with them, because none of them have seen where I was brought up, where my values were created, where I fell in love with nature. We will plant the requisite amount of trees,” she adds, by way of addressing the journey’s emissions – the importance of understanding how our actions impact the planet one of the “simple messages” in #futuregen, which also explains how the Well-being of Future Generations (Wales) Act 2015 came to be.

The former Labour AM for Pontypridd sums up this legislation in a sentence, as a law “that enables the people of Wales to hold their government and public services to account for delivering on policies and laws that will benefit current and future generations”. It can be dated back to 1987 and the Brundtland Commission’s definition of sustainable development. Twenty-eight years later, the National Assembly for Wales (as of May 2020, ‘Senedd Cymru’) put it into law. Davidson left politics in 2011, believing in a maximum number of terms for ministers, “so although I left them with this proposition and saw it into the programme for government, it was others who took it into law. They did it with an enormous exercise, working with charities and groups across Wales.”

Not only was Wales the first country in the world to take the definition into law, it is now one of the best recyclers globally, having been one of the worst. It was also the first UK country to introduce a plastic bag charge. Davidson led the work on recycling and carriers, as well as on creating the Wales Coast Path. “A lot of this was about having a first minister in Rhodri Morgan,” she says, “who trusted us as ministers. No proposition was too radical for him if he saw it as something about defining a new Wales that was going to be ambitious but also look after the health of its communities; that was going to celebrate its language, culture and global role.” For Morgan, she also led the steps that turned Wales into the world’s first fair trade nation in 2008. It’s worth pointing out as well, that Welsh Labour were in coalition with Plaid Cymru from 2007-2011, “a two-party government delivering”.

When Morgan said he was going to retire, she recalls, people suggested she stand for the first minister role. “I couldn’t think of anything worse,” she tells me. “To be a first minister or a prime minister is as much about politicking as it is about policy, and every single job I’ve done in my life has been about how to try and change policy for the better. My interest is policy, even now I’m an author – I want to use that means to change thinking about policy and law in respect of future generations.”

She wasn’t engrossed in politics at university where – reading English and drama – she intended on being an actor, before going into the teaching profession, where she found herself troubled by Thatcher’s “major curriculum change which [threatened] the individuality and idiosyncrasy of those teachers we remember with love because they managed to impart learning to you in a way that was absolutely fascinating”. While she likes the structure of a national curriculum, “the idea that every moment in it is defined by government is a complete anathema to me.” She took her second teaching post shortly before the miners’ strike, she says, remembering the Conservative government’s “very callous attitude to the South Wales miners; no notion that there was going to be major alternative employment, no thought about it at that point. In climate change terms, the fact the coal industry has gone is a good thing, but you have to think about how you are going to change people’s job opportunities on the way.”

That government’s removal of support for young people (namely the reduction of youth club funding) was the straw that broke the camel’s back, “the single specific action that actually made me go out and join a political party,” she states, once minister for education. “I was a passionate believer in informal education alongside formal. There were lots of kids who didn’t do well in school, but could often be leaders in an informal youth club setting.” Within a couple of years of signing up for Welsh Labour, she became a local councillor for Riverside (following somebody citing her as “gobby” and able to argue a case). Keen to not be “one of those politicians who only had a political life”, she continued to also run a youth and community centre. She went on to be a researcher for Rhodri Morgan, before joining what is now the Senedd and serving as the first Labour AM in Pontypridd where she lived.

In #futuregen she talks about shortcomings as a politician, at one point writing: ‘Essentially, I had failed.’ We don’t often hear politicians admit to that, I say. “I think they should,” she responds, of the opinion that any government thinking the way to exercise their responsibility is to under no circumstances take any, contributes to the separation of politicians from the public. “People fail and succeed in things every day of their lives. From failing you learn. There’s all this mantra about ‘we need to encourage people to fail’, and we don’t really mean encourage them to fail, we want to encourage them to learn from any failure – not penalising them for failing. You can fail by being brave and out there as a pioneer, and your next project might be hugely successful because of all the learning you undertake.”

Speaking of success, I conclude this feature the day after Oriel’s governors have voted to remove the statue of Cecil Rhodes from the college façade. The time is, indeed, now.