“It’s not good enough to say it’s getting better.”

“It’s embarrassing now to have an all-male line-up, or just to have one woman. People are a lot more aware that it’s just not reflective ”

About A Look: Comfort and Joy

Since becoming the fourth female comedian to win at Edinburgh Fringe Festival back in 2017, it’s fair to say Maisie Adam’s career has skyrocketed. Here, we talk with Maisie about some of the amazing places her comedy career has taken her so far, ahead of her upcoming tour, Buzzed. We also touch upon women in comedy, and the importance of celebrating International Women’s Day.

Can you tell us a bit about the tour?

I’m so excited for this, it’s going to be the first time doing a full hour since all this kicked off and it’s been really fun getting used to speaking for longer than 20 minutes, which is what you’d get at a comedy club. It’s nice to develop topics and delve a bit deeper. Having said that, I've pretty much decided that this show doesn't need to reflect back on the pandemic. I’ve quickly gauged that audiences don't want to hear about it, they want to forget and remember what it felt like to have fun without worrying whether or not it’s a risk to your health to go out and watch someone make some jokes. I'm hoping to bring back an element of the ‘before times’.

Where did the tour title, Buzzed, come from?

A lot of people thought it was because of the hair. I think it’s a mixture of that and feeling buzzed and excited to be back again. It’s a positive-sounding word and hopefully, the show encapsulates that positivity.

Is it ever a struggle to keep things light in difficult times?

Of course, especially because you’re aware that this ‘madness’ we have all been through has not been the same for any two people – for one person, this might have been a year and a half of not having to go into the office but for another, this may be the year they lost their mum, so you can’t really stand up on stage and be like ‘oh wasn't it crazy?’ If we can draw more on what binds us together and what we can collectively laugh at, then that’s a more enjoyable night for everyone, including me. 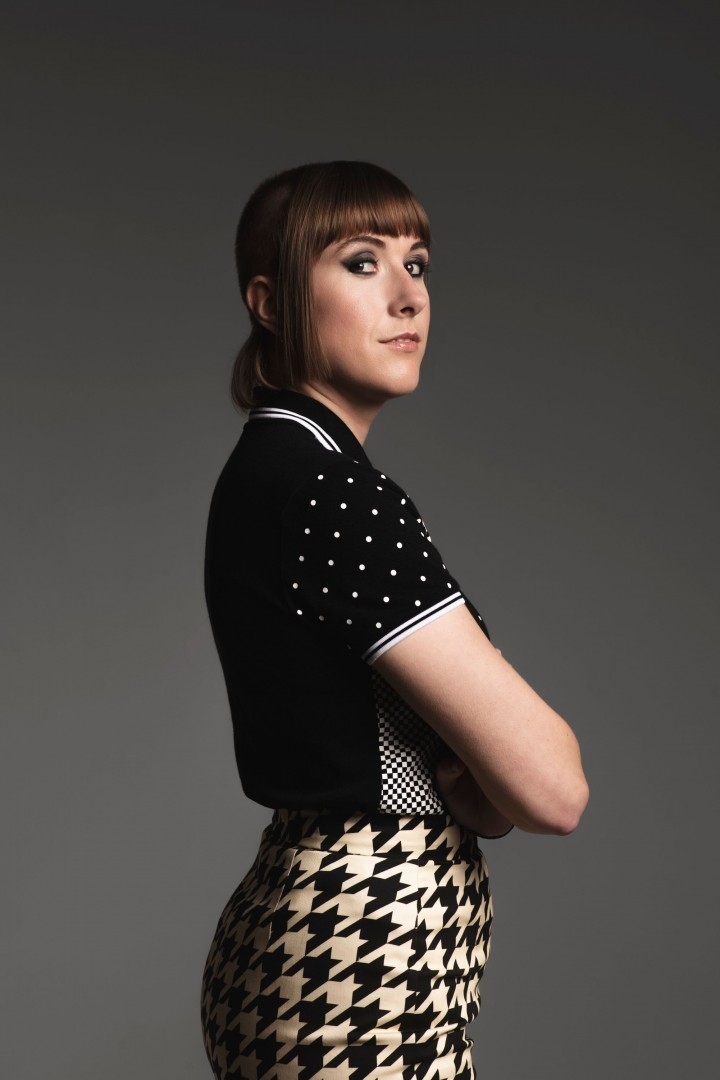 I want to go back to the very beginning of your career. In 2017 you became the fourth female comedian to win at Edinburgh Fringe Festival – what did this mean to you at the time?

The win at that time meant everything because when you start out doing comedy, the main advice is to go through competitions to get a little bit more recognition. I honestly booked myself into that competition, So You Think You’re Funny, just to gauge where I was; I thought if I could say I was a semi-finalist that might help me get more/bigger gigs or longer on stage. I can still remember how mind blown I was when I won because the people that came third and second absolutely roofed it. It really does change everything – that’s where my agent saw me and decided to sign me. The prize was insane; it was to go to Montreal and gig alongside these comics that I’d seen on TV. It was a proper gear-up.

Were there any misconceptions that were uncovered about the comedy industry at this early stage in your career?

This is a bit embarrassing now, but I did think – when I started comedy – that every time you got booked for a gig or went on stage, you did new jokes; I didn't realise that you refine your set each time. You obviously shouldn't be doing the same material for years and years, but I was turning up to every gig with jokes that I had written that day or that week, so I was putting myself at a proper disadvantage because I was doing that alongside people’s more perfectly refined material.

Was there at any point in your career that you felt like your gender was a barrier towards success?

That’s a really interesting one because comedy is still such a male-dominated industry, even now, being in comedy can sometimes feel like being on someone else’s turf. It’s getting better, though, because it’s being more pulled up on. It’s embarrassing now to have an all-male line-up, or just to have one woman. People are a lot more aware that it’s just not reflective. There used to be these arguments, ‘well, there’s not many women in comedy’, ‘there are not many people of colour in comedy’, which just aren’t true; there are hundreds and thousands of people that are more than capable of doing a gig or a panel show. There’s definitely still that whiff of it when you walk in some places and think you might be the token woman or whatever. There’s only one time where I remember really reflecting on it. I was going through a competition and had got through to the semi-final, and to ensure that there was definitely going to be a woman in the final, I was put into an all-female semi-final. On paper that sounds fine, but it also means you’re putting all the women against each other to fight for one place, which lads are not having to do. We put ourselves in this WhatsApp group and we were all talking about how we didn’t like it, so we approached the organisers about it: let us come through on merit rather than being the best of the ladies – it was all very 1950's.

What do you think is the most important reason to be celebrating International Women’s Day?

Because it’s not a level playing field yet – there are certainly steps that are being taken towards that, but it can sometimes feel like you take one step forward and two steps back. It’s not good enough to say it’s getting better, if that’s still the feeling of equality and representation, then it’s not ready. The time where we stop feeling the need to do International Women’s Day will be when it’s reflected across everything we see; entertainment, work, everyday life, pay. I think that comes into other representations of sexuality, and race as well. 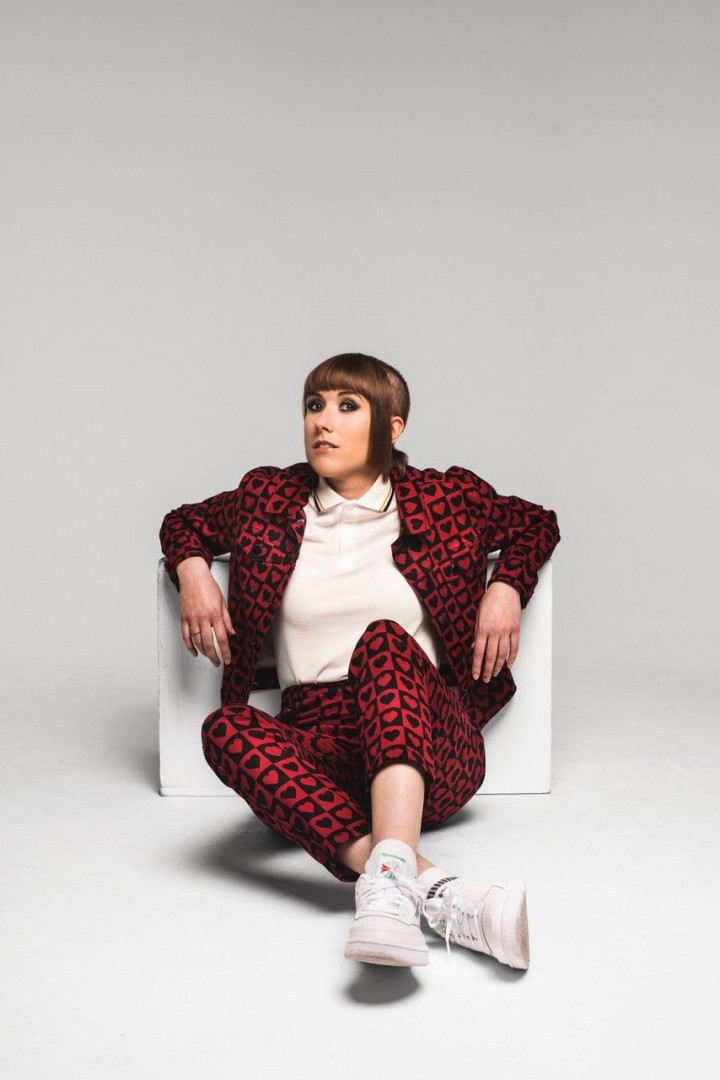 What’s the  most important piece of advice you have been given, whether that be in your career or personally?

That’s such a good question – I like that it doesn’t have to be about comedy, because now I'm thinking about all the inspirational quotes that my aunties have ever posted to Facebook! I’ve recently been doing tour support for Jason Manford and he was telling me about when he started out he was doing support for Peter Kay. They were talking about how Jason’s career was going, and he explained he was struggling to think about what to write next. I think that’s somewhere every comic has been, and so he was expecting Peter Kay to sympathise and go, ‘that’s alright mate, we all get there.’ Instead, he was like, ‘well are you working every day? Getting up in the morning and writing every single day?’ and Jason was like, ‘well no, I guess not at the moment.’ I think it’s that very cliché thing that you’re only going to get out what you put in. Because I’ve had a relatively quick incline, of course, a lot of that was down to right place, right time, and luck – I’m not denying that – but there does come a point where you’re like, well it’s also because I work really, really hard, so it was comforting to hear Jason talk about one of the absolute greats who was still talking about how he wakes up, and writes, writes, writes.

Yeah, as opposed to being like, ‘Oh, it just comes to me naturally because it’s me.’

Exactly, everyone’s got to work for it.

You've touched on a few, but do you have a top career highlight so far?

Live at the Apollo was a bucket-list moment. When you start out, people say in quite a jokey way, ‘Ooh one day she'll be at Live at the Apollo’. I remember my brother saying that when I told him I was starting stand-up comedy, so, that was a real bucket-list moment. I think the most recent thing I did though, where I couldn’t believe how lucky I was, was doing A League of Their Own, road trip. I can’t talk too much about it because it hasn't come out yet, but as a football fan, being out with  Jamie Redknapp and Freddie Flintoff and being taken around all these amazing places in the UK was incredible. We were in Cardiff to perform at an Elvis convention and then the day before that we were playing at an all-star football match in St George's Park where England train. We were playing with Kelly Smith MBE, and it was so mad to be on a football pitch as the comedian alongside those people. that was a huge ‘pinch me’ moment.

Well, it will be mainly Buzzed. It will be getting Buzzed ready for Edinburgh, and I will be performing it every day at the Fringe and then straight into the tour which will be most of the autumn. I’ve genuinely really missed working up an hour show – all these preview festivals for taking notes and re-writing. There’s usually (touch wood here) one show in June or July where some bits click and you go, ‘I think I’ve got the final show here’. I’m excited about that process, and then I'm gonna bloody go on holiday.