“I guarantee you everyone is doing something that someone else would judge them for. ”

Closely followed by having the opportunity to talk to Moby yourself, the next best thing might be settling down to listen to an exclusive press interview between him and Gregory Porter. That’s exactly how I spent a recent Friday night, accompanied by a range of vegan snacks courtesy of Moby himself. After submitting my question, surrounding his previously stated motivation to remain in the public eye, I popped myself on mute and settled in for an evening of chat, touching on Moby’s career, lifestyle and perspectives, ahead of the release of his documentary which is now available. Having worked together on ‘Reprise’ – the recent orchestral remastering of the ‘Play’ album – Gregory began by asking about the consideration behind sourcing him, and the many others for this involvement…

Gregory Porter: Can you tell us how you chose collaborators for this album?

Moby: When I was young, I wanted to be a great singer. I remember being 12 or 13 years old thinking how amazing it would be to be David Bowie and then I started singing in bands and I learnt pretty quickly that I was good at yelling. I could yell punk rock pretty well and I could do a pretty good impersonation of Ian Curtis but I didn't have a huge beautiful voice, and so in the late 80s when I started making music under my name, I realised that to have beautiful voices on my record I had to work with people with beautiful voices. For this album – before we even started recording – I made a list of the songs and who the ideal singers for them could be. I wasn’t looking for perfect, I wasn't looking for people who would be singing self-commercials, I wasn't looking for generic voices – I was looking for voices that had personality.

G: How did this orchestral remastering come about and why?

M: I did my first ever orchestral show about four years ago and afterwards, I was asked if I wanted to make an orchestral greatest hits album and immediately said yes. I thought it would be such a fascinating approach to making a record because normally when I work on music I’m by myself, in my little studio. Working on an orchestral album though – by definition – involves a lot of people. To state the obvious, the utility of music is communicating emotion and while I love the way electronic instruments display emotion, there’s something so special in the way that you can create emotion with an orchestra and so the ultimate inspiration is to revisit these songs and expand upon the original emotional quality.

G: You wrote all the songs on this album apart from one, do you want to tell us about that?

M: My favourite musician of all time is David Bowie. The first job I ever had was when I was 13; I carried golf clubs just long enough to buy one of his records. Then in 1999, we become friends and he moved across the street from me in Manhattan. We went on tour together, we had holidays together and we had this one morning when he came to my apartment, sat on my sofa and we played an acoustic version of Heroes. It was just the two of us on a beautiful Saturday morning drinking coffee playing Heroes and I still can't believe it happened. I played the greatest song ever written with the greatest musician of all time. So, the version of Heroes on the album is a testament to the song, a testament to him and my friendship with him but it's supposed to be an emotional homage to this moment of sitting on my couch playing Heroes with David Bowie. 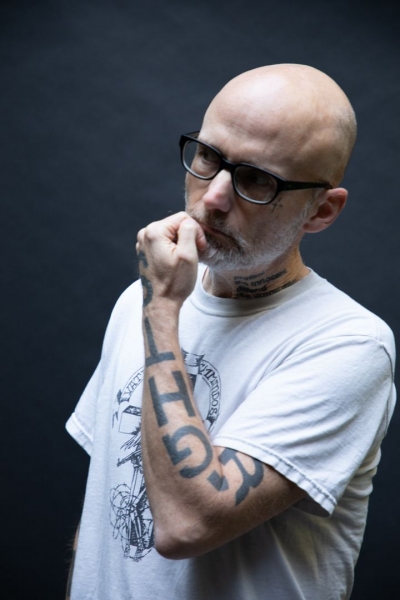 G: When you use the samples of blues artists  from the original Play album, did you hear the  samples  first and then build your songs around that or was it the other way round?

M: The songs were written around the vocals. I heard these vocals and I fell in love with them. I wanted to pay tribute to them by writing around them – the only function of those songs is to celebrate and pay tribute to those voices, for which I have such reverence. I have an almost shy, apologetic humility around these voices because I fully understand as a middle-aged white guy it’s not my place to avail myself of a tradition that I’m not a part of.

G: I love that. I enjoy being connected to the story of the song and to the legacy of that voice that you are talking about. How do you feel about the current state of music compared to the music you grew up listening to?

M: That’s a hard question because I'm old and there’s an inherent bias that we old people have towards the music we grew up with. The one thing I will say is when I was growing up, music was so central to our lives. You had to work for two weeks to buy an album and then you took it home and you listened. You sat on the floor of your bedroom and you listened to both sides. For most kids today (which is a dangerous thing for an old person to say) but based on what I’ve observed, music is the background. While they are posting TikTok videos, watching Netflix, doing their homework, vaping and texting friends, they have like eight screens going on and in the background there’s music. I must say I loved growing up at a time where you paid attention to music without distractions.

G: You’ve spoken before about the motive to write and release songs being the pressure to maintain status and remain in the public eye. How have these motives shifted and in what way do you think that’s impacted your work today?

M: I had this terrible period after the success of Play, when I wanted to keep the success going. I loved the attention that I got from being a public figure, but then time passed, I stopped selling as many records and for a while it drove me crazy. The diminished sales and attention were really challenging for me, so I drank more, I did more drugs and I went out in the world trying to find anyone who would give me extra validation. Then two things happened: I got sober and David Lynch saved me. Wha t I mean by that is, I heard him speak and he said this one simple thing that kind of altered the trajectory of my life. He said, "creativity is beautiful". At that moment, he reminded me that my only job and focus needs to be on the creative aspects of music and the integrity. As a result, today I don't read press or reviews or comments I just make music, put it out into the world and I have no idea what happens after that.

G: I call that healthy ignorance.

M: I love my healthy ignorance so much.

G: Do you think the companionship of animals will be appreciated more in the future due to the joy they have brought during this pandemic?

M: That’s a lovely question, I hope so. So many people struggle with loneliness and isolation, even those in families or friend groups. A lot of people feel they can be their authentic self with animals and that’s such a lifesaver for so many. 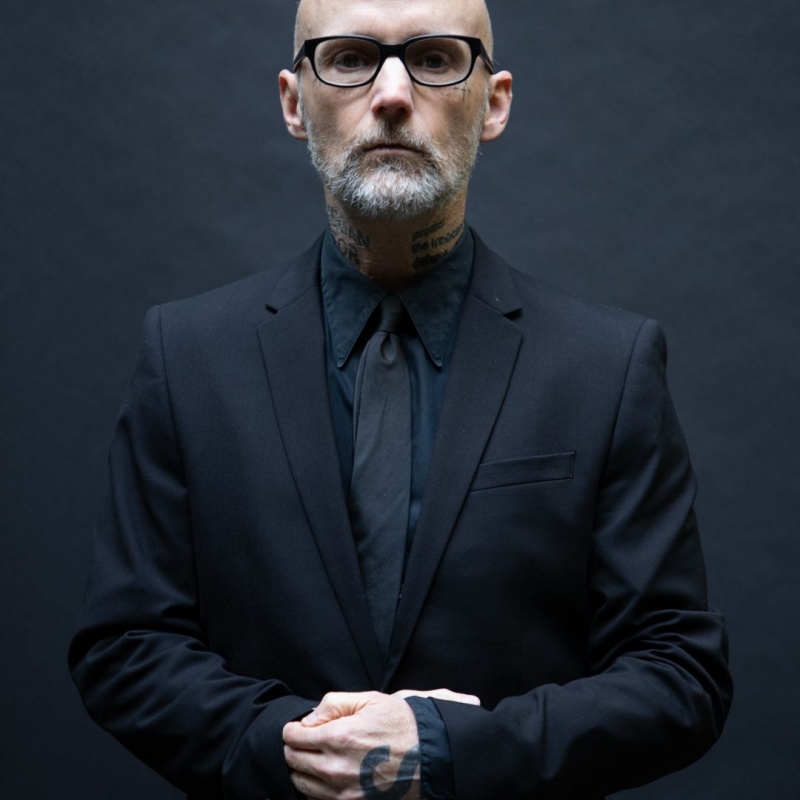 G: I've enjoyed watching the  intelligence and beauty of some of the cows and pigs that you show on your  social media and I have to say, even though I’ve been cooking for years, I’ve consumed meat for a long time and I have a cooking show, (I didn't  mean to plug that) everything is available to me, but you put a seed in my head and  I  don't  know much that seed is going to grow but it did  cause me to think about the sacrifice. I wondered even when  I met you if you be a zealot about it or  gentle and  I  didn't  feel any pressure one way or another.

M: I have to remind myself, until I was 19 years old I ate nothing but Burger King and pepperoni pizza. We live in a time where people just yell at each other and it accomplishes nothing apart from making people angry, whether that’s within politics, gender, race, or the Middle East – there's this constant noise of people disagreeing instead of listening. We're all fallible, we're all working to do our best with limited amounts of information and I guarantee you everyone is doing something that someone else would judge them for.

G: Persuasion and leading by example can go a long way and that's what I wanted to thank you for. If I was to cook the perfect vegan meal for you, what would it be?

M: That's a hard one because there are so many wonderful vegan things that people don't even realise are vegan like a lot of Italian, Indian and Chinese food. One of my favourite vegan meals is very simple Mexican food. It makes touring in Mexico so easy because I just ask for a plate with brown rice, black beans, steamed corn tortillas, guacamole and some nice salsa and hot sauce. I'm sorry if that's a dull answer especially because your a very accomplished chef but I’ve got to say a plate of simple Mexican food is my favourite.

G: I recently  discovered baked sweet  potato and  avocado. I  don't  know why I’ve never married these things  together before, but next time I see you I'm gonna  bring you some.

M: When we're done talking I think I'm going to go and make myself a baked sweet potato with avocado… maybe some sea salt on top.

G: We’re done  talking Moby, so you can go and get your baked potato.

Tune in to Gregory Porter’s new cooking show, The PorterHouse, on Youtube.