Not Your Classic Classical

“One of the joys of all music is it doesn't give away all its secrets immediately.”

Amidst the COVID-19 pandemic, festivals and events around the world are being forced to cancel, postpone or change their formats completely. The Oxford Lieder Festival – an annual music event including performances, artist Q&As, talks and masterclasses – have taken advantage of this exciting new opportunity and transformed the event into an online cinematic experience. We spoke to director of the festival, Sholto Kynoch to find out more… 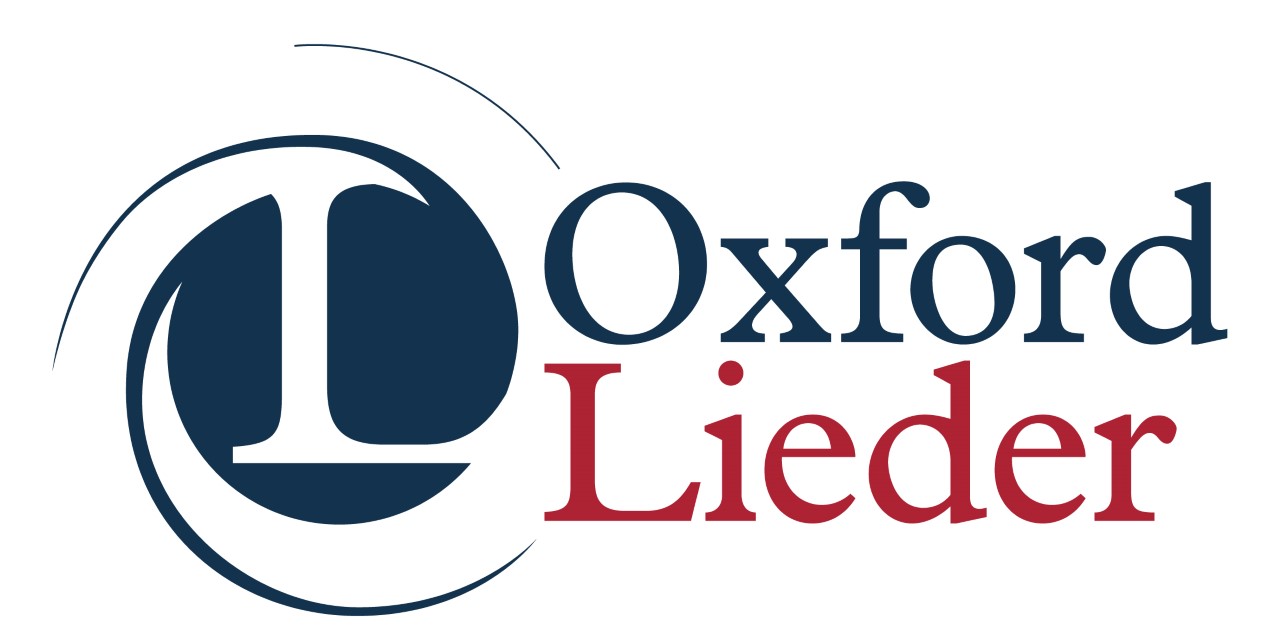 How has lockdown affected the preparation for the festival?

The process of planning has been massively affected. The festival was basically planned when the crisis hit, so while I’ve kept everything that I could, the manner in which we're doing it with the live streaming and the pre-recorded material just means that we're basically learning everything from scratch. Now it's a case of how we're going to get a camera crew into this and make sure of a COVID-19-secure venue. It's all been enormously complicated but really interesting and exciting at the same time. It's great to have worked out how to do something like this because it could have a very positive impact in the future. If we were to live stream in the way of setting up a camera and pointing it at the stage, that would've been quite easy, but we want to get away from this standard classical live stream which looks very boring and you're acutely aware of how empty the hall is. We're just going to be presenting the whole thing differently to make sure it's not just presenting a festival that you're not able to be it, it's an online event. You lose a bit of the buzz of being there in person, but you can recapture some benefits if you're imaginative.

Was there ever a feeling that you might have to cancel altogether?

Yes, definitely, although I was pretty clear that we weren't going to. Right back in June, we were one of the first arts organisations to announce that we were definitely going to present this festival whatever happens. We've worked to COIVD-proof it, but obviously there's that slight tension between the fact that venues are opening up in some very limited ways, but we're sticking to our guns and going ahead fully online. There are things – like doing this amazing filming – which we can't do with an audience in the room. I suppose there was never really a moment where we weren't pretty determined to go ahead.

The theme of this year's festival is ‘Connections Across Time’. It’s quite a vast one, isn’t it?

I wanted this year to be a generally broad theme. People associate us with classical, romantic, musical literature but actually we do quite a lot of new music. We've got a programme called 'Song Futures' which is all about commissioning and presenting new music to our audience and presenting the work of living composers. We've significantly upped our game in that area within the last couple of years and made this very firm commitment to doing it more. I also wanted to have some early music in the programme because this idea that song begins in 1800 is not right. So, I wanted to do old stuff, new stuff, and the core of what we're known for, and draw all those things together. It will be about making links and exploring different ways in which things have been perceived over time or how they've developed.

Do you have an event for which you're most excited?

The day that we're opening, we'll be talking about Hafez, a 14th-century Persian poet. I can’t imagine people automatically think of our festival in association with Persian medieval poetry, but actually, Hafez has been a massive influence right through to modern-day. He's like the Shakespeare of Iran and Persia. The start of the day will be an introduction to the guy himself, and then we're in the Ashmolean Museum where we're looking at the Islamic Middle Eastern collection there, and some 14th-century paintings, books and ceramics, and how the illustrations they were using demonstrate these very exuberant themes which appear in the poetry. In the afternoon, we're talking about the later reception – whether that's Victorian English writers, German romantics or 20th-century Polish composers. Then we've got a new piece by a young Iranian composer, so we're looking across the whole spectrum of the reception of Hafez across eight centuries. It's amazing that it was there the whole time. It just shows this very wide-ranging cultural backdrop across centuries which people are very familiar with, but perhaps don't know the links or story behind it.

Of all the venues that you'll be taking this to, do you have a favourite?

There's something very special about the Holywell, which is going to be our base this year, but I’m really excited about Broughton Castle. It's the most stunning space and the very first part of it is from the 14th century, which is where we're going to hear 14th-century songs. That was part of this 'Connections Across Time’ and I think it will be really magical to hear songs and to see them in spaces like this. 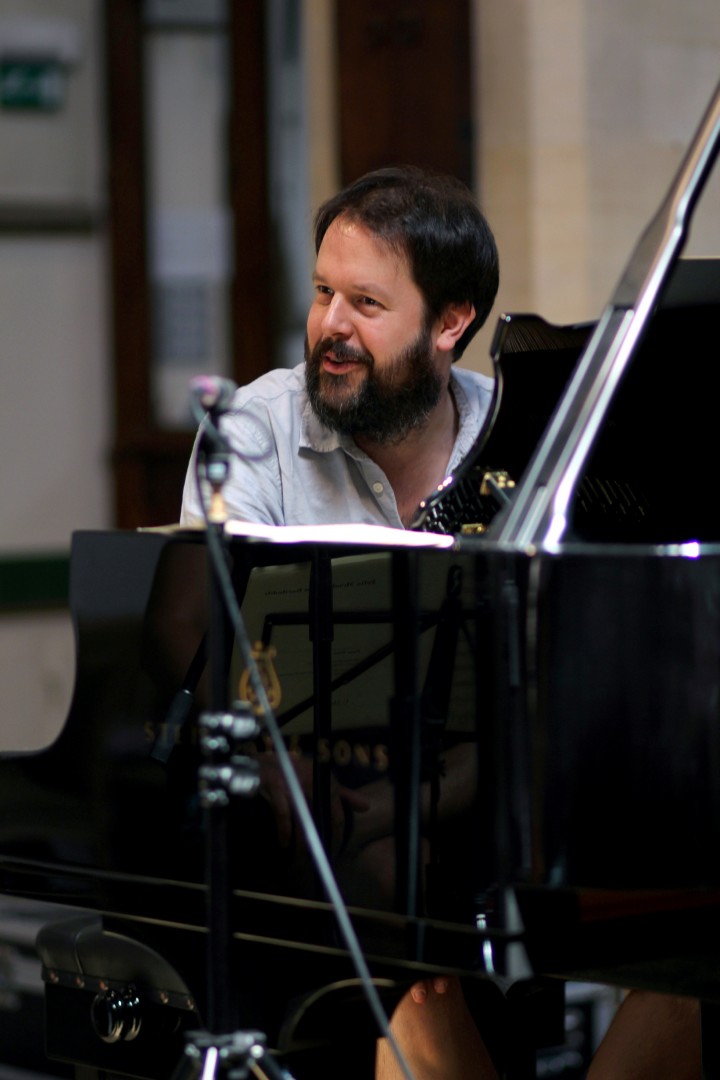 Has music always been a passion of yours or do you recall there being a turning point that sparked your interest?

Speaking as a performer, I was definitely nothing of a child prodigy. I started having a couple of lessons when I was about seven or eight but didn't start taking it seriously until I was a teenager which is quite late for classical musicians. I think it just gradually developed and, in a way, it continues to do so. That's one of the joys of all music, it doesn't give away all its secrets immediately, you just learn to appreciate it and enjoy it more and more. People listen to songs all the time but the idea of coming and listening to old songs with piano in a foreign language can sometimes seem a bit of an alien thing. We see this again and again: people coming in to try it out and realising that they enjoy it, then two years later they're taking two weeks off work and buying a pass for the whole festival.

Do you think taking this event online will extend your demographic?

That's definitely one of those silver linings of the current situation. We're obviously going to be relying heavily on our regular audience to form the backbone of our viewers but we've got a unique enough product to say, ‘You can't quite experience a festival like this anywhere else in the world.’ Certainly, in terms of geographical reach, it's going to be bigger – we're already seeing various bookings from the US, Asia and Australia and we've only just started our marketing. I hope that also extends to people who don't think of themselves as classical concert goers. We always work hard to ensure that the festival doesn't have a fusty or exclusive atmosphere, but that perception remains, so to a certain generation it can be a little bit off-putting. It's great to be able to say, 'Well, there's none of that, it doesn't exist here. If you're interested, come.' I think that my only message to people would be to try more than one thing. It's about that experience and digging into it a bit – that's how it becomes most engaging. 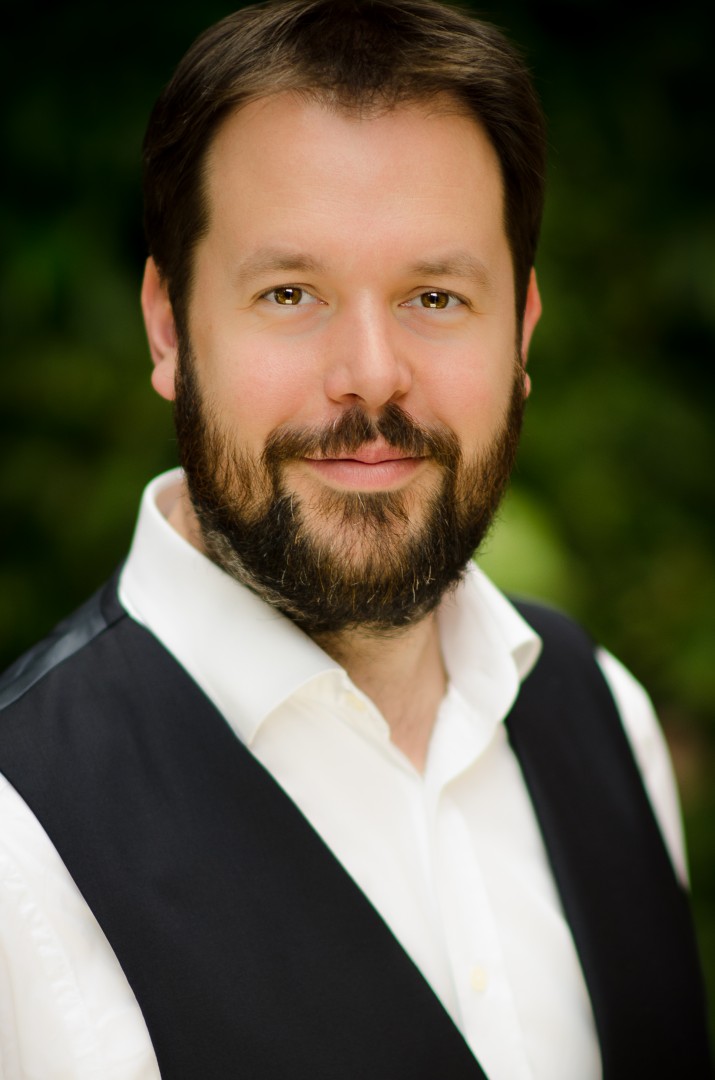 Do you think that this new format will be something that extends further than COVID-19?

Yes, I hope so. Obviously with a live audience again – that's an important thing for everyone to focus on. This time next year for our 20th anniversary, we want to make sure we have packed halls for every concert. We're going to be massively on the hunt for live music as soon as it's readily available and doesn't feel like we're putting people at risk for it. If we can afford it, my plan would definitely be to carry on streaming next year. Hopefully internationally there are a lot of people who are quite happy to watch and engage with classical music online, so the idea would be that we can reach those people who can't make it to Oxford, but if you can come to the concert, included in your ticket is the access to the online streaming version. There are all sorts of advantages and that could very much be a model for the future.

Enjoy an evening of entertainment, which includes a fashion show and a musical performance, set in one of Britain's finest wedding venues.

OUTSIDE THE NORMAL RESTRICTIONS

From her home in Ladbroke Grove in December, Cerys Matthews tells Sam Bennett about her new record, hopefully the first in a series for Decca.

To mark the inauguration of President Biden on 20 January 2021, Zuleika Gallery is delighted to present ‘Unity’, an exhibition of work by the British artist and social historian, Nicola Green.