OX at the Ox

Behind the Scenes at Thyme

“There’s no shouting here, no aggression, it’s definitely not allowed ” 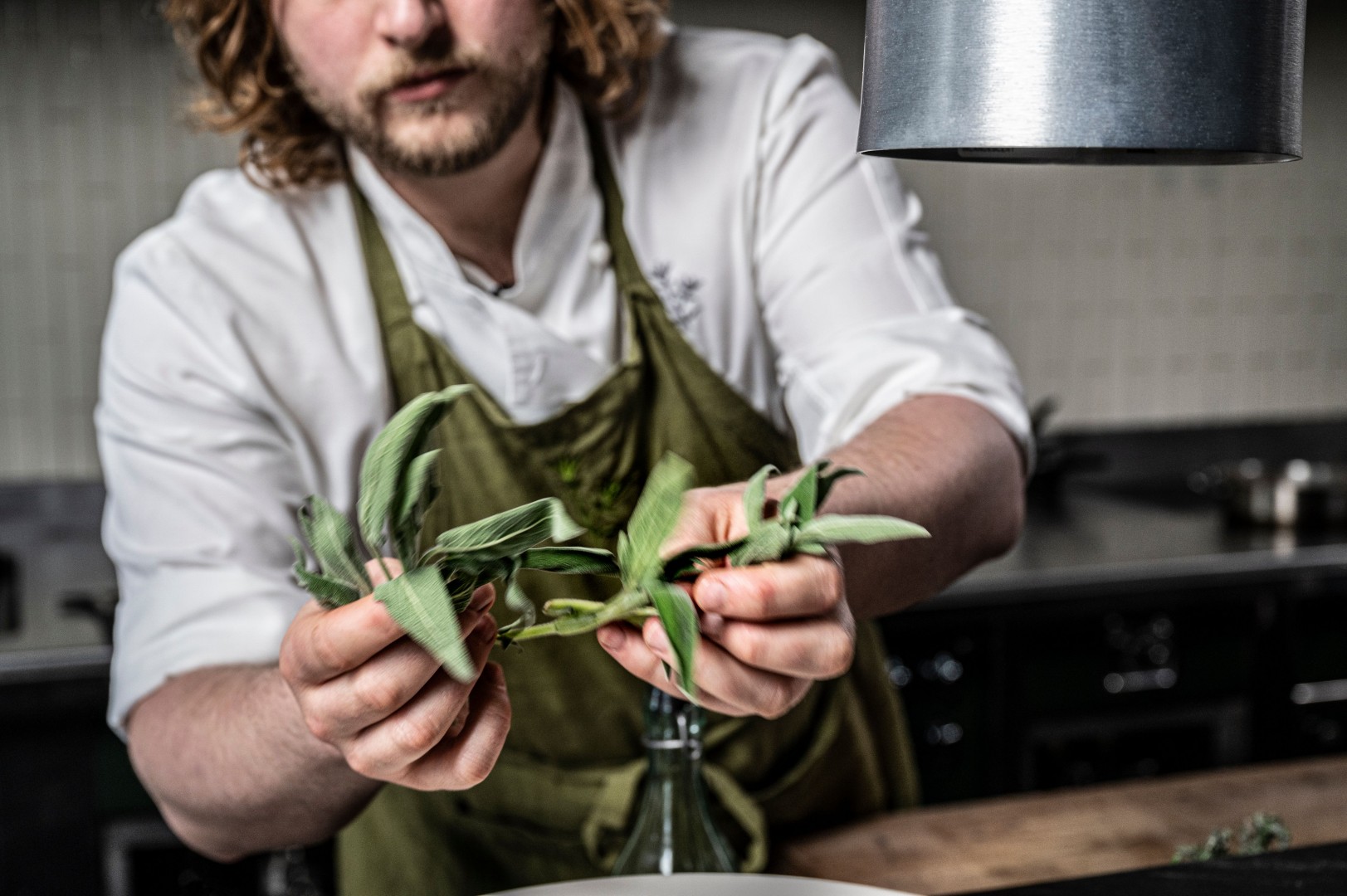 “I’ve just pulled up,” I tell Charlie Hibbert once I’ve picked up the phone to him.

I wouldn’t blame him if he were, my navigation is impressively bad and my journey to Thyme (hotel, spa, and restaurant) hardly devoid of wrong turns. I walk into Reception where he greets me. He’s tall, wearing a gorgeous long coat.

We head out on a walk. Past the private house in which he grew up, and into a zone of currants, elderflower, rhubarb, horseradish, chives, lovage, Jack-by-the-hedge, nettles, wild mint, sloe, damson, and medlar; across Thyme’s herb and veg gardens, orchard (for which his mother, and Thyme founder, Caryn Hibbert enlisted the help of Bunny Guinness), and the River Leach.

“Hello, darling,” Caryn says to him when we get back to reception. “Hello, are you from OX?” she asks me. “Hello,” she repeats warmly when I confirm, “welcome.”

We chat a bit about the unit for customers’ coats to my left, and Thyme’s upcoming collaboration with JamJar Flowers, before I follow Charlie through to Ox Barn. As with many restaurants, diners can see into and hear the kitchen. “You have to be quieter, you can’t swear.” He cut his teeth in kitchens of expletives, high-pressure environments where things had to happen quickly. Swearing is one way of getting that across, he admits, and “it did work, back in the day, you didn’t muck around or anything like that.” However, a lot has changed in the industry, he tells me, with shouting and spoon-throwing rarer these days. It still occurs, but not at Thyme. “There’s no shouting here, no aggression, it’s definitely not allowed.”

That ethos seems obvious now, I say. “It really does,” he laughs. “Don’t throw a plate at someone. It’s not very nice.”

Due to a gentler and encouraging approach, “all the chefs are here half an hour early, ready to go, really happy.” Restaurants have struggled to retain chefs in the past, he says, because they’ve been overworked and sad. “Growing up in kitchens, that’s all you did. You worked. Your friends were all chefs, you worked every weekend, you didn’t have a life. There was pride in how long and hard you could work, and how loud you could shout. I think that’s dead, which is a really good thing.” 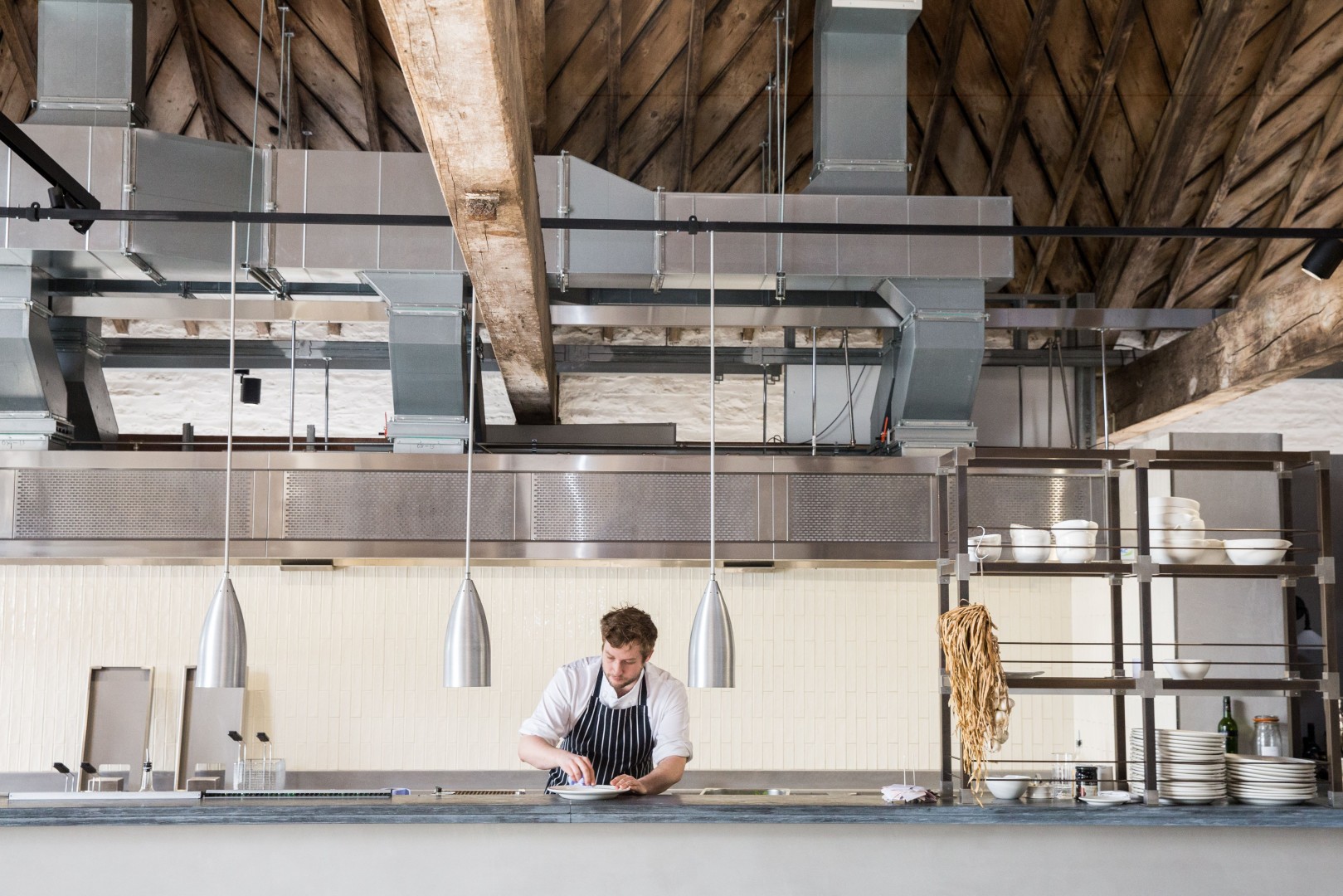 Prior to my arrival, he was out picking for a dish of polenta, grilled courgettes, onions, herbs, leaves and their flowers. It’s part of the set menu celebrating The Nature of Thyme, an exhibition of botanical installations opening this month.

“Do you do much cooking at home?” he asks, starting to busy himself in the kitchen. I confess to membership of the meal kit brigade, having never asked a professional chef’s opinion of such kits. “It’s quite a nice idea,” says this one, “cooking at home is time-consuming. When I’m at home, it’s super-basic – tomato pasta, salads.” His home herb and spice collection is “pretty basic” too: cumin, coriander, chilli, turmeric, and pepper. “Always pepper.”

What does he listen to while cooking? “I’m a huge Formula 1 fan, any kind of motor racing, so usually it’s something racing-oriented – a podcast or race replay. Dad was always a big car man,” he says, “we used to go drag racing and to the Grand Prix every year on my birthday.”

Aged 13, when the family moved from London to Southrop, he began in hospitality, washing pots and picking herbs. Later, he was a nervous and “very bad” waiter. He also did a stint behind the village pub bar, where he was “a bit flippant and uninterested”.

At 18 he moved to New Zealand, and into a job at Craggy Range Winery. Eighteen months overseas and he went back to London, landing a position at Jeremy Lee’s newly opened Quo Vadis – “really hard work, really long hours, but really fun.”

After three years he gigged elsewhere before another three-year term at Quo. He then came to Thyme, where today I’m having polenta with him. “You’re not obliged to eat it,” he says, “if you’re not hungry.” I am, and it’s delicious, but is he happy with it? “Um, yeah, I think I am. I’ll maybe put some breadcrumbs or something on the top when we serve it, so it’s a bit crunchier.

“Sitting across the table from someone I’ve cooked for is always a weird thing,” he says, “because I’ve spent my whole life cooking for people without having to do that. But, everyone always seems pretty pleased with it.” As he speaks, restaurant manager Damian Daszynski pours still water into our glasses. “Damian [and assistant manager Edwin Cookson] are always open and critical. If they don’t like something, they’ll always say, which helps.”

I wonder if, in 2021, he has the work-life balance sorted. “Not really, but I’m used to that, I don’t think that’s a huge problem for me.” He’d like more free weekends to see people in the capital and check out other eateries. “That’s a big part of what you need to be doing as a cook anyway: keep up with the trends and get new ideas.” That’s still work though, I point out, amused that he’d like the odd Saturday and Sunday off in order to do more of his job. But, “I enjoy eating in restaurants. I haven’t been to a nightclub in years, I don’t think I’ll ever go again.” He doesn’t like queueing to get in, queueing to put his coat away, queueing for an overrated and “very expensive drink”. Plus, he hates dancing.

He’d sooner have pasta at Trullo, a pint in the French House, and the company of old friends at Quo. “My idea of fun.”

I’m taking that as an invite. After all, he’s been ever so pleasant, not a single plate thrown. 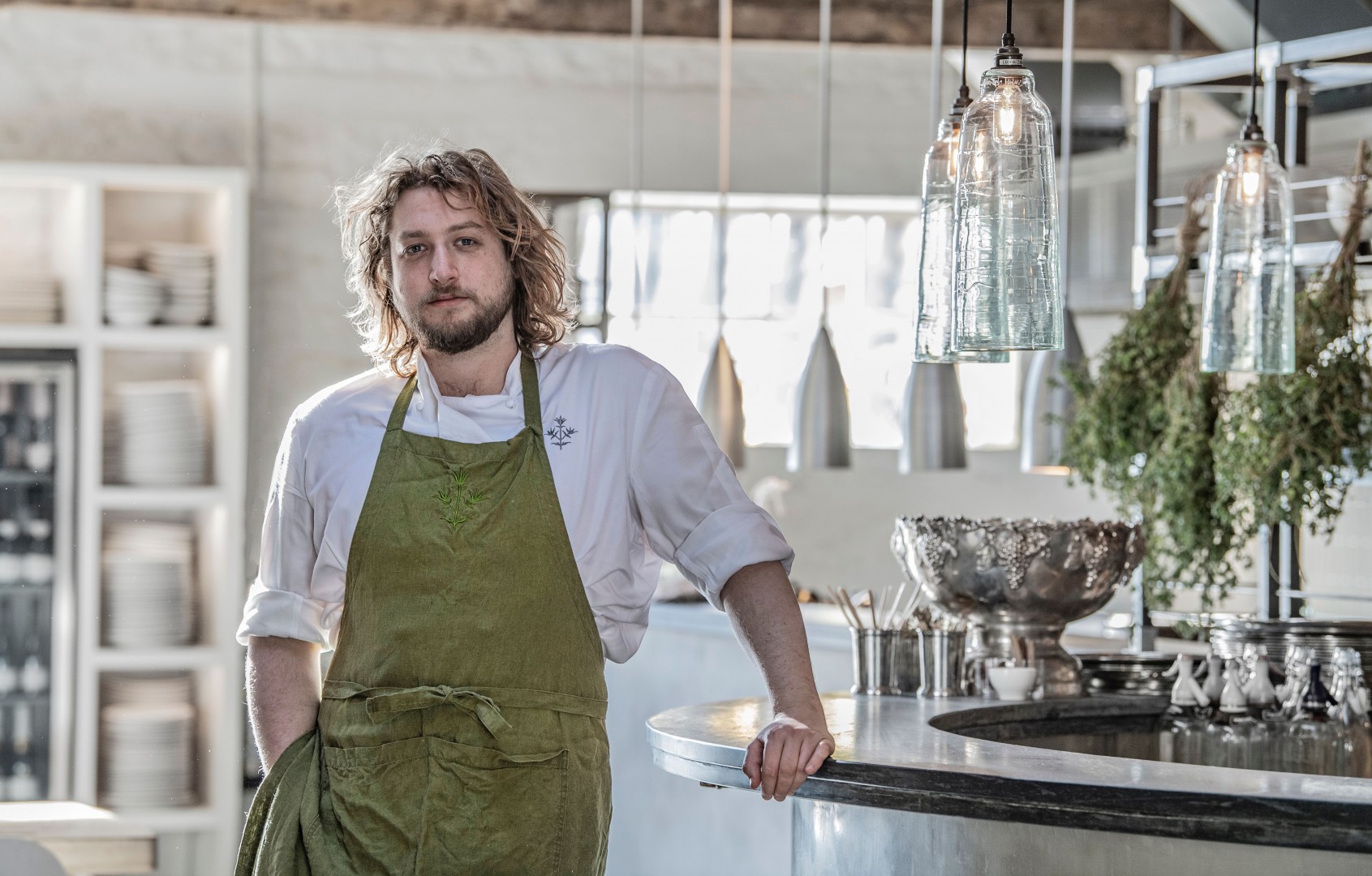 A Greek inspired baked orzo dish, soaked in the juices of the chicken, fennel, olive and lemon. One to truly transport you to a  Mediterranean island.

Richard Bertinet, the Breton baker, has become synonymous with this increasingly popular bread. Here he shares with our readers his own recipe. Set aside a couple of days and the perfect loaf will be yours to savour!

Planes, Trains and Automobiles – Tips from The Oxford Concierge

Ask William can assist with all these experiences and many more. No request is too grand or modest