Shifting the Lens of Myths and Magic

“I feel like I’ve finally got to the place in my writing where I want to be – which is looking at folklore and bringing old stories to a modern audience.”

Seeing Plants with An Artist’s Eye

Shortly before the release of her newest novel, Sistersong – a re-energised take on the classic ballad ‘The Two Sisters’ – we spoke to author and bookseller Lucy Holland about the ways the book differs from her previous work. In addition to this, in honour of wellbeing month here at OX, we also discussed the importance of self-care and prioritising what we love.

How has lockdown been treating you?

I feel pretty lucky because, as a writer working from home, lockdown doesn’t affect me too much. My part-time job as a bookseller is obviously not happening; I think I worked about two and a half months last year before we closed again! It’s a shame because I like my job and I like seeing my colleagues. On the other hand, with the furlough scheme, it means I’m effectively paid to be a full-time writer, which is quite nice.

Have you seen it as quite a creative time? Some people have been saying although they have more time, they’re struggling to find inspiration while we’re all so stunted.

If you asked me this question last year, I would have said yes. I wrote 80,000 words in the first lockdown so it was ridiculously productive – it’s just ironic that was for a book I haven’t even sold! Now that I’m under contract for a new book, I’m finding it a lot harder. Lockdown last year – while it was weird and difficult – was also new and interesting. It gave us a lot of opportunities to do things that we wouldn’t usually do, for instance, I started learning Japanese on Duolingo. I think because it’s been a year now and we have been going in and out of lockdown, the novelty has worn off. Having all this time is great, but you also have no structure or routine. I never thought I’d hear myself saying I miss routine.

Tell us a little bit about your new book?

My favourite literary trend at the moment is restoring women to the old stories and telling them from their perspective. Women have always been there but we have never been a dominant part of the social narrative – which comes to us through a male lens. Sistersong picks up a little bit of that in the main ballad – while it does have two main female characters, it’s quite a patriarchal view of the world. It’s a story about sexual jealousy, in effect. The original ballad involves two women fighting over a man and it doesn’t end well for either of them, so Sistersong is partly a reflection of the dangers of stereotyping and giving women such prescribed roles. Women are always playing the same characters and there’s a danger of falling into this never-ending cycle where we never see anything new.

The theme of identity is really strong in this book, what do you think that means for women who are going to read this?

The character this applies to most is the sisters’ brother. The word we would use to describe him today is trans-masculine but during the historical period in which Sistersong is set, the terminology surrounding gender identity was a lot more limited – so he really struggles to find out who he is and to make a place for himself in quite a patriarchal, binary society. However, because his sisters are born into roles that women are expected to fulfil, they have just as hard a time of it, struggling against stereotypes that have long been engrained into society. Despite wanting to restore some agency to the sisters in the ballad, I also wanted to say that it’s a valid story for women to become wives and mothers and for them to have families – that’s important too, when it’s a choice.

Of all of your characters, who do you think you’d get along with the most?

That’s hard. I would say probably [the brother] Keyne, but I’m quite like Riva (the older girl) in my attitudes. I can be quite serious at times and she certainly takes herself too seriously! During the rewrite, she actually became more impulsive; she was a rule-follower in the beginning, unlike me. So in a way, it was kind of fun to say, ‘Why don’t you consciously make her a little bit more like you?’ She has very strong opinions, after all, and in the early draft, she wasn’t airing them enough.

The book is set in the West Country which is where you are currently living, is the setting quite prominent in the book?

It plays a central role, yes. I come from writing secondary-world fantasy – very much making everything up as I go along – and this book is a little different, as I wanted to have a go at recreating a historical setting. The book is a blend of history and fantasy, so picking the right historical period was quite important; I needed a period that was not as well documented, enabling me to step in and tweak bits here and there to suit the magical nature of the ballad. Some Sub-Roman ruins were discovered a mile or two from my house, so there genuinely was a settlement here in East Devon during the period that Sistersong is set: around 535 AD.

You mentioned that this book is veering away from what you have done before, in what other ways do you think it differs?

The tone is a bit different. It’s quite a claustrophobic book in the sense that it doesn’t go to too many places and instead is very focused. Whereas my previous book was an epic fantasy – covering lots of different lands, people and five storylines at the same time – this book is the opposite. It’s very much a story of the same events witnessed by three separate people and how those events could be interpreted differently, depending on your perspective.

You touched on the fact you have a book written which you haven’t released yet, other than that, what’s next for you?

It depends on how well Sistersong does and if it finds an audience; I’m hoping it will because I’ve had such positive feedback so far. I feel like I’ve finally got to the place in my writing where I want to be – which is looking at folklore and bringing old stories to a modern audience. My next project is not a sequel to Sistersong, but a follow-up book, so it’s set in the same world about 180 years later. It’s slightly more fantastical in that it explores the idea of the otherworld - the fairylands that almost overlap our world. The new book still has that historical context and references events in Sistersong, but it’s inspired by a different piece of folklore: the story of the Wild Hunt.

What do you consider self-care?

Being aware that we have to take time for ourselves and that our responsibilities – while they may be very important – can’t be fulfilled if we don’t look after ourselves first. For me, it’s putting aside time to watch a new episode of my current drama obsession or to go and practice some piano. It just means that I don’t feel like I’m constantly working through a list of things that must be done. I’m privileged to have a wonderful family – they’ve always been supportive of what I have chosen to do in my life.

It’s important to be aware if you don’t commit that time for yourself, your other responsibilities will take the hit because you begin to feel some resentment towards them.

I agree completely. And those responsibilities are usually people we love, so we don’t want to ruin that.

Speaking of taking time to watch things, what have you been reading, watching or listening to?

I’ve been doing a lot of reading because there are so many good new releases at the moment. The one I’ve just finished is a book called The Witch’s Heart by Genevieve Gornichec, and it does what we’ve just discussed: putting women back into the old stories. The protagonist is Loki’s wife, who you don’t get to hear from very often. In Norse mythology, it’s always Thor and Odin, all these male characters that the movies have turned into heroes – so I highly recommend Genevieve’s book for something different. I have also been watching The Queen’s Gambit; who knew that chess was so exciting? 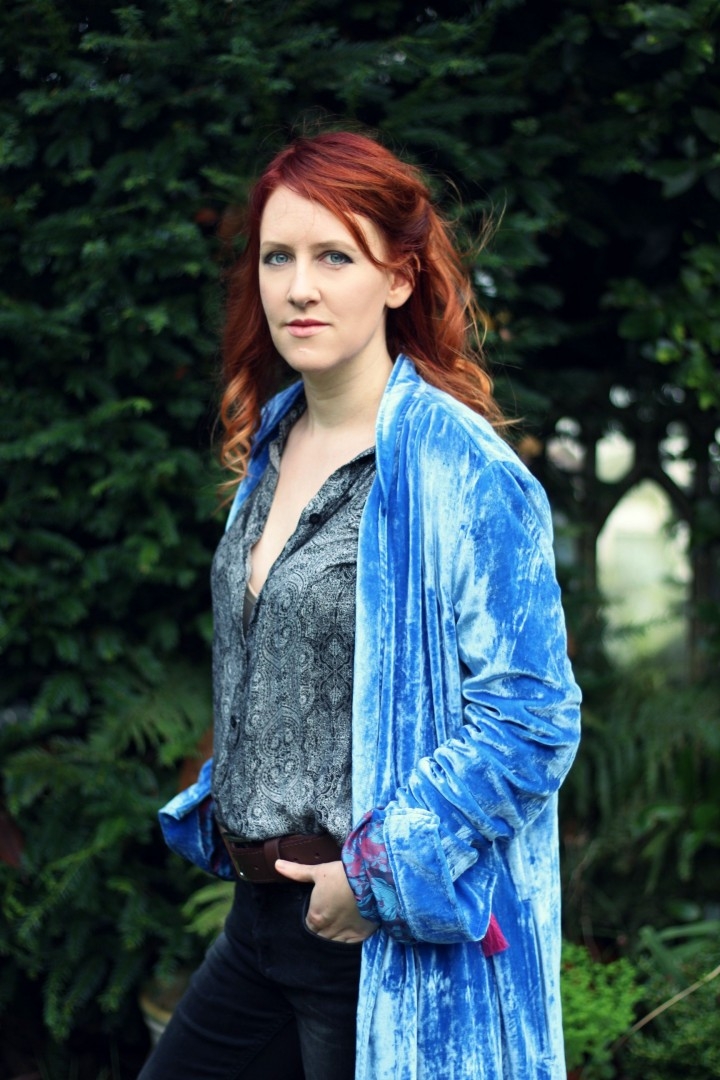 Sistersong is available from April 2021