“For the first time in years, I have no idea what I'm going to do next.”

Can you tell us a bit about your upcoming show, Your Power Your Control and the meaning behind its name?

The title came from something a mental health professional said to me about how I needed to be less focused on things that were abstract threats or things I had made up in my head and instead focus on what is directly in front of me or that which I have the power or control to affect change over. When you name these shows, you can’t call it something like, ‘The Complete and Authoritative History of Fly Fishing’ or ‘Nish Kumar Teaches You How to Make an Omelette for an Hour’; you want to have something that doesn't box you in. I also thought that it was just an interesting idea given the stuff that has been happening to me and to everybody. The catastrophic loss of our lives that we all experienced, I thought would at least be an interesting capsule for what the show is about.

With the state of current politics and the world in general, do you ever find it difficult to keep your comedy light and uplifting?

Yeah, definitely – that’s the biggest challenge. People haven't paid for my completely unvarnished opinions, so you've got to tag it with a joke but also you don't want to undermine the severity of the situations that you’re talking about. Doing the job that I do has really helped me find a good balance between honouring how seriously I feel about some of these things, but also making sure there’s a joke in it. 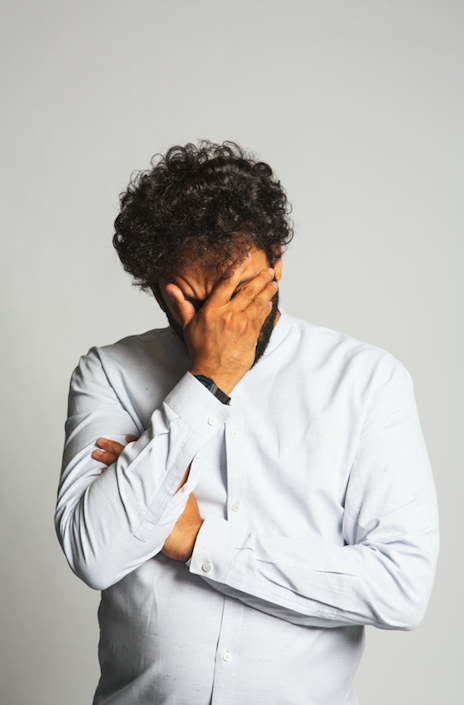 You've had your fair share of backlash – mostly for maintaining a political stance within your comedy – but do you think comedy is inherently opinion-based, or do you think it’s possible to leave that behind?

I’m not sure it’s possible to do comedy that has absolutely no point of view whatsoever, even if you separate it from current events and politics. Jerry Seinfeld still has an opinion about the socks that he can’t find. That being said, I love a lot of comedy that doesn't engage with the real world at all – I spent a chunk of time supporting Milton Jones on tour and it was the most delightful thing in the world to watch him do one-liners for an hour, and I mean, who's funnier than Tim Vine? One of the things I enjoy about comedy is if you go to a comedy night you can watch one comedian just doing absurd one-liners that invite you to engage in their own reality, and then immediately after, you can watch someone like me screeching about current events.

Upon leaving The Mash Report, I saw you referenced ‘focusing on your emotional problems’. Do you think that we as the British public or men have become more emotionally literate?

I do definitely think that there’s been a renewed interest in what men looking after their mental health actually involves, which is definitely a positive thing. We all grow up around so much unresolved male anger – even if it’s not in our houses. You know what that tension is like, when you’re out on a night out in any city in the UK and a group of guys come in and your back goes up; it makes you feel tense. It would benefit everyone if those lads would see a therapist and work out why it is they want to walk around being angry about stuff.

I think everyone should see a therapist.

100%. It’s been very useful for me, and this is kind of what the show deals with; the reluctance to engage with it myself but whilst happily encouraging other people to do it. Maybe the next generation of guys are the ones that will say the right things and also put them into practice in their own personal lives. 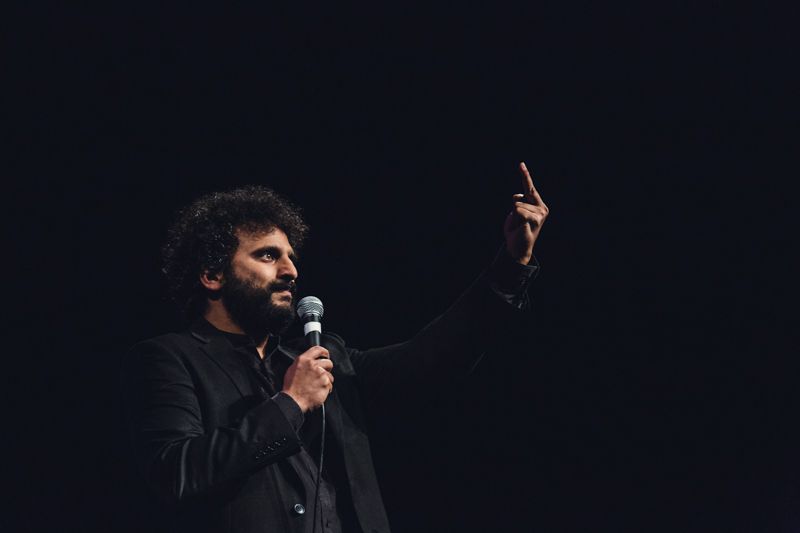 With a little bit more focus on the comedy scene in general, how do you think it’s changed since you first started?

I'm  wary about saying this stuff because obviously, I want to stress that there’s still a lot of work to do, but I think it’s become much more diverse in terms of comedians from backgrounds of colour, members of the LGBTQIA community and more women. When I started, there were lots of great female comics coming through, but they weren't necessarily appearing on TV shows, and you can see that’s changed a lot over time. On the negative side, I think class is a big obstacle in comedy at the moment which is maybe not so much to do with comedy itself as it is the general economic situation in the country. Working in the arts requires some investment of time and unfortunately because of the rising costs of living that time investment comes at a price. When I started doing comedy, I lived semi-legally (which is not an accurate description) in a friend’s flat that I paid like £300 a month for, and I was able to survive off my office temp job salary and then go and do gigs in the evening – I just don't know if that possibility exists anymore in the last ten years. That’s the thing that I think everybody needs to focus on and there are charities like Arts Emergency (arts-emergency.org) who are really trying to make careers in the arts available to everybody.

You’ve spoken before about the comedy scene having quite an opaque career path, do you find yourself imagining the future of your career in spite of this and if so, what’s next for you?

The thing that you learn very early on is you don't know what’s going to happen next and so you have to keep an open mind and work on the stuff you’re doing. I’m doing some TV stuff pretty much after the tour ends in May/June time, but beyond that, for the first time in years I have no idea what I'm going to do next – but I'm fortunate enough to have got to a position where that’s not immediately financially terrifying. So, the answer is I don't really know what I'm going to do next…I guess I just have to work out what I really want to do. When I started, I said I wanted to host a topical show on BBC2 and do stand up in theatres, and I’ve been incredibly lucky to have done both of those things so now it’s time to work out what the next phase of ambition looks like.