Art to take you abroad

For twenty years from the 1970s-1990s, photographer Robert Barber worked as a photographer to the stars, documenting the fashions, styles, and celebrities of the decades alongside great British photographers including David Bailey and Terry O’Neill CBE for whom he was the right-hand man for seven years. His photos appeared in magazines around the world such as Harpers and Queen, GQ, Ritz, Marie-Claire, and many of the colour supplements, and included household names such as Ringo Starr, Paul McCartney, Elton John, Daniel Day-Lewis, Oliver Reed, Grace Jones, Jamie Lee Curtis, Joanna Lumley and Hugh Grant.

He is exhibiting some of these and others, which have never been on show before, as part of the Watlington Photographers Collective for the Oxfordshire Artweeks festival.

The artweeks exhibition will include two pictures of Emma Thompson. “One is a portrait,” says Robert, “and the other is a favourite of mine. It was just a bit of fun, really: a picture of her feet! Emma had trained as a dancer and she was wearing these rather fetching leg warmers and I laughingly said I’d like to take a photo of them, so she got up and stood on the table for me, and so I did. 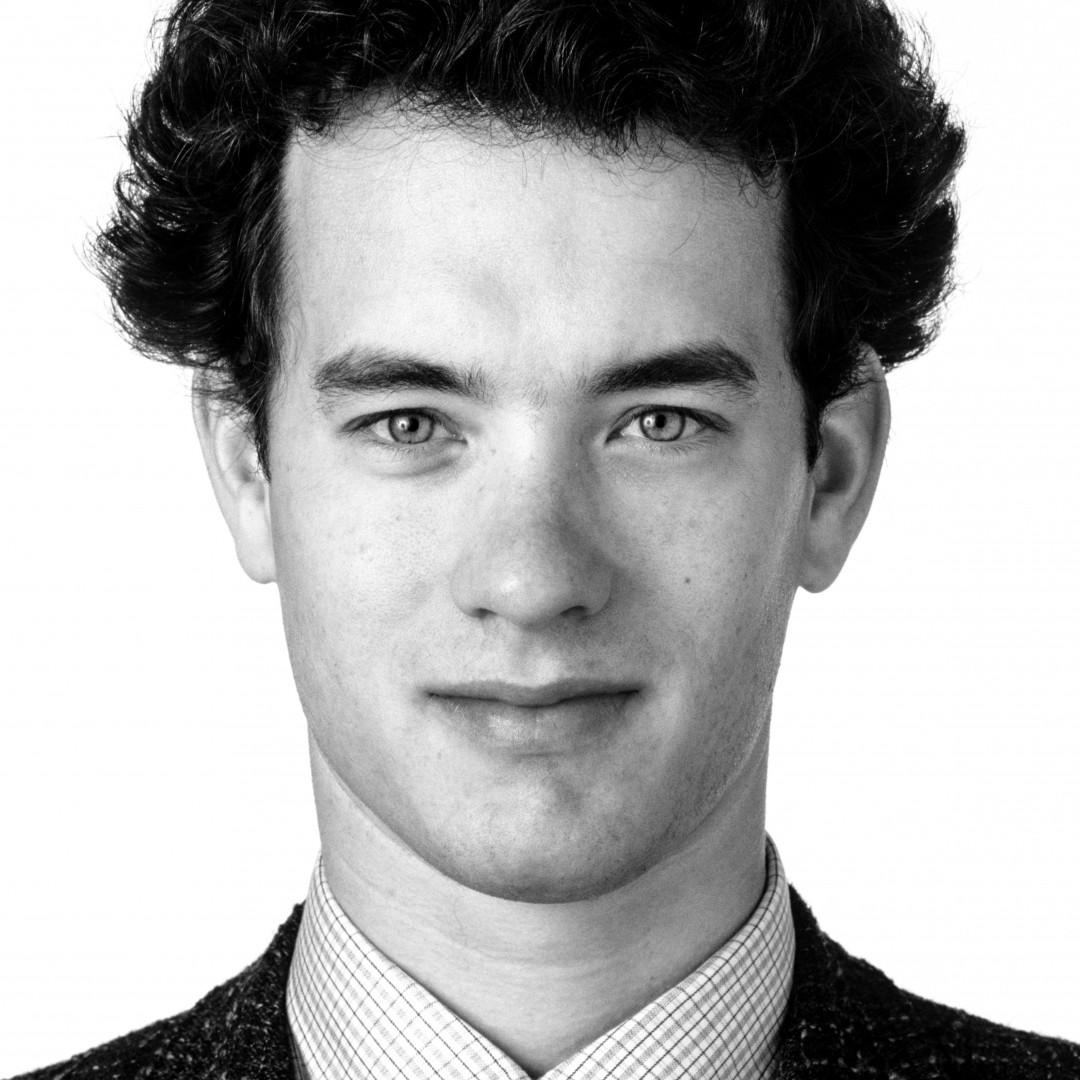 I also have some very early pictures of Tom Hanks on his very first publicity tour to Europe in the early eighties. He came to publicise the film Splash in which he co-starred with Daryl Hannah who played a mermaid. We had a great time in the studio: I can’t think why but he ended up barefoot acting out each of the Beatles crossing Abbey Road. I also have photos of a young Lena Headey who played Cersei Lannister in Game of Thrones, Claudia Winkleman as a teenager; Catherine Zeta-Jones, straight out of the valleys, just as the Darling Buds of May began to air, and Liz Hurley when she was on the cusp of fame. A friend who was her agent said she needed some photos, so she came to my house for the shoot. Lots of the photos were taken in my small studio at our house in Clapham where we lived before we moved to Watlington. 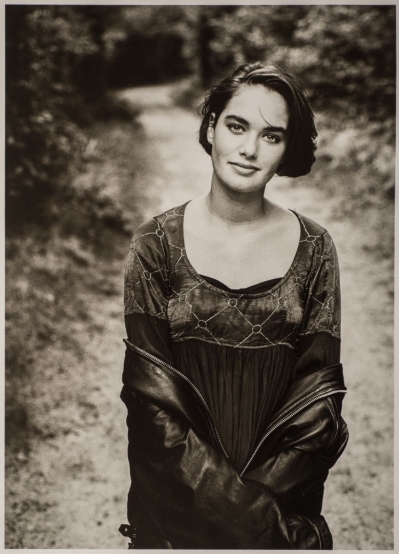 I also have an old picture of Angelina Jolie who can’t have been more than seven or eight at the time. I was photographing her father, John Voight, who was rehearsing a play. It seems his daughter was spending the weekend with him in LA and had come along to the rehearsals. On a break, she came and sat on his knee – I took just one frame. It isn’t a great picture as it was on a very dark stage but it’s a moment caught and, even at that age, the profile of those lips, which would become so famous, was unmistakable.” 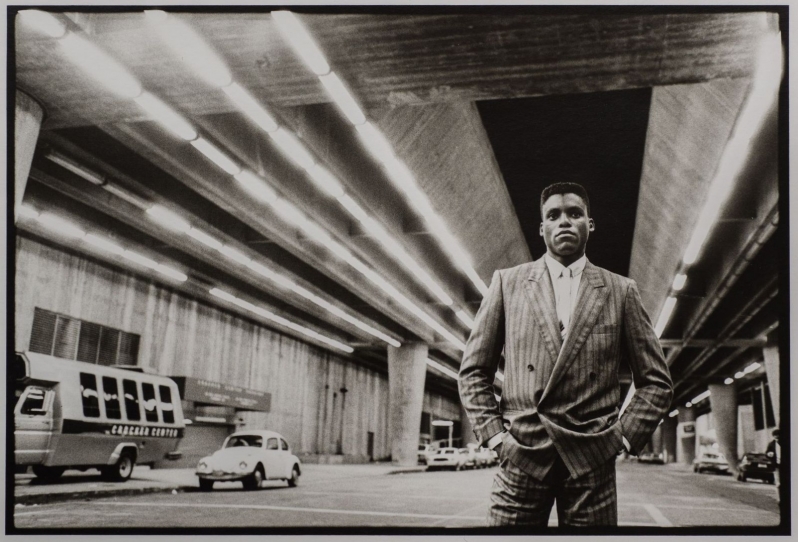 As well as established and emerging celebrities, Robert’s portfolio also includes sports personalities. “I took photos of Carl Lewis,” he continues, “who was the fastest man in the world at the time. When I met him in 1986, he’d just won four gold medals at the Olympics but was thinking of an acting career and was starring in a low budget film a friend of mine was producing. I photographed him in a concrete underpass in the middle of the night. I also took photos a few years later of Florence Griffith Joyner who still holds the title of the world’s fastest woman at 100m and 200m. I took a phone call in London one evening asking if I could be at a studio in Gateshead for nine the following morning as she was at an athletics event there, so we drove through the night to get to the studio. That was her last event before the Seoul Olympics where she set the records for 100m and 200m although there were allegations of drug use and she retired from the sport shortly afterwards.”

Sadly in 1996, a serious medical condition forced Robert to abandon the work he loved. However, Artweeks is now giving him the opportunity and motivation to revisit and exhibit some of this material.

In the same artweeks exhibition, you can see the recent work of five other photographers including Dee Robinson who is a documentary photographer. Her work generally chronicles a place and an event. “I almost always work in black and white,” she says, “which allows you to control the contrast and focus on the composition to feature the most important items in the shot: too much colour can be a distraction.” 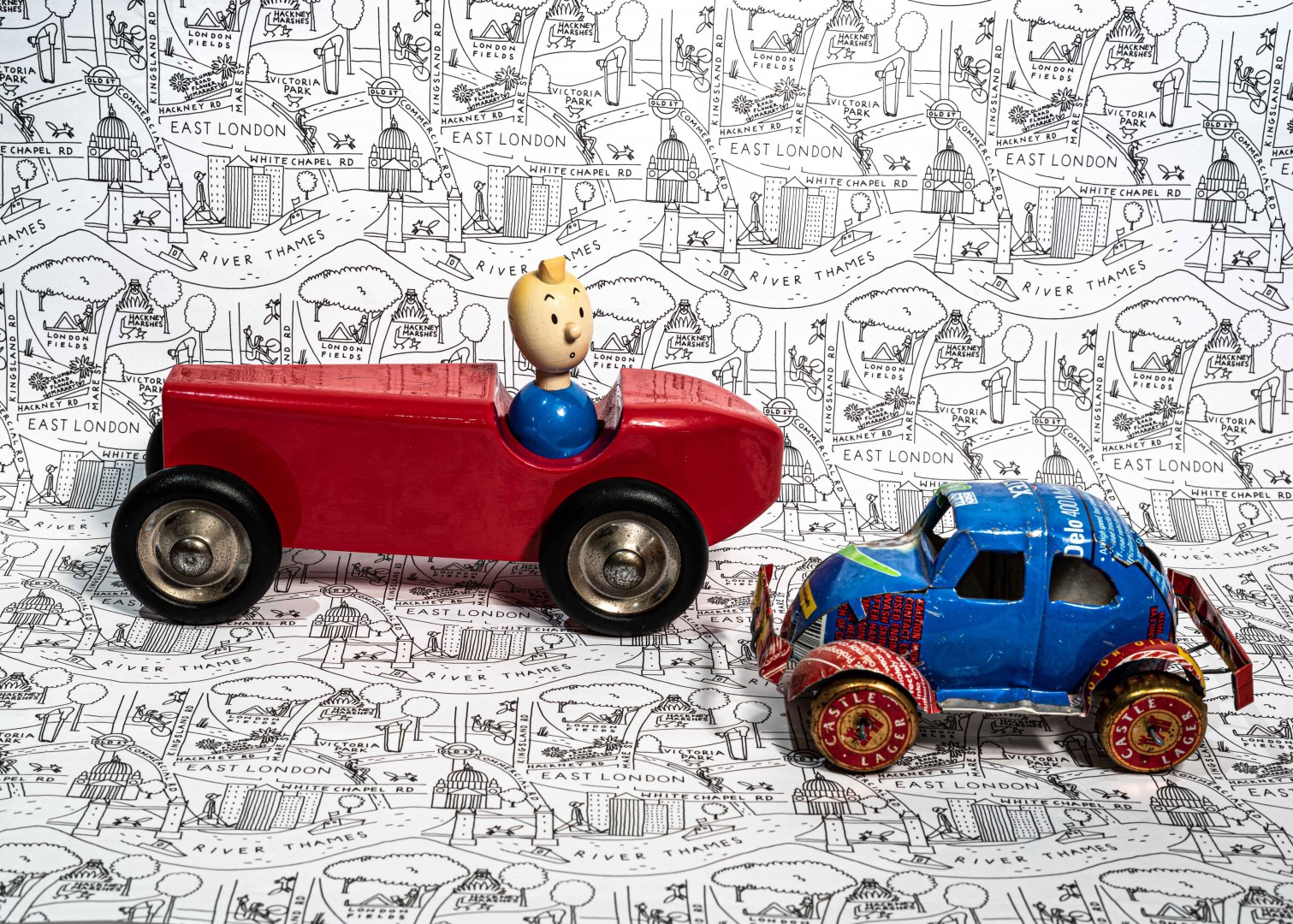 However, for Artweeks she has a new series of work that calls from the wall in vibrant colours. “In the early months of last year, I felt I needed to do something brighter,” she explains. “Lockdown was such a shock and seemed to suck the colour out of life and blacken everyone’s mood, so I decided to shoot a series of light-hearted contemporary still lifes with a spring flavour to cheer our spirits, using blues and yellows and oranges that would really ‘pop’ from brightly coloured frames.

Coming from street photography I always looked at the street as theatre: the architecture, the theatre sets, and the people, the actors. This dates back to when I was a teenager. I had been given a Box Brownie for my 12th birthday – I still have it – and I remember coming back from a trip to Madrid and showing a friend my pictures of this fabulous city. I was pleased with them, but his response brought me up short. ‘Nice pictures, Dee, but where are the people?’ he asked. This was a light bulb moment for me: I realised that without actors, the play can’t go on. I have carried this philosophy with me and use it in all my photography. The way I look at the scene in front of me somehow falls into place when I apply it.

During lockdown last year, when we weren’t able to go out, I chose things we had around the house as the actors in each still life. I’m rather a hoarder and I gather things on my travels, all sorts of objects, some bought on a whim, some much loved from friends and family. Something will always catch my eye. The monkey in ‘Safari’ is by a Danish designer Kay Bojesen, and at his feet, there’s a tiny Ali-Baba basket which came from the Himba people in Namibia along with the two carved balls of vegetable ivory. The characters in ‘Hares and Tulips’ I fell in love with, in Cape Town. They were made by Ardmore Ceramics a well-known pottery that works with local artists, helping them to change their lives, and several photos include a ‘Mr and Mrs’: these are made from balsa wood and – although I bought them in South Africa – originally came from Zimbabwe in the 2000s.” 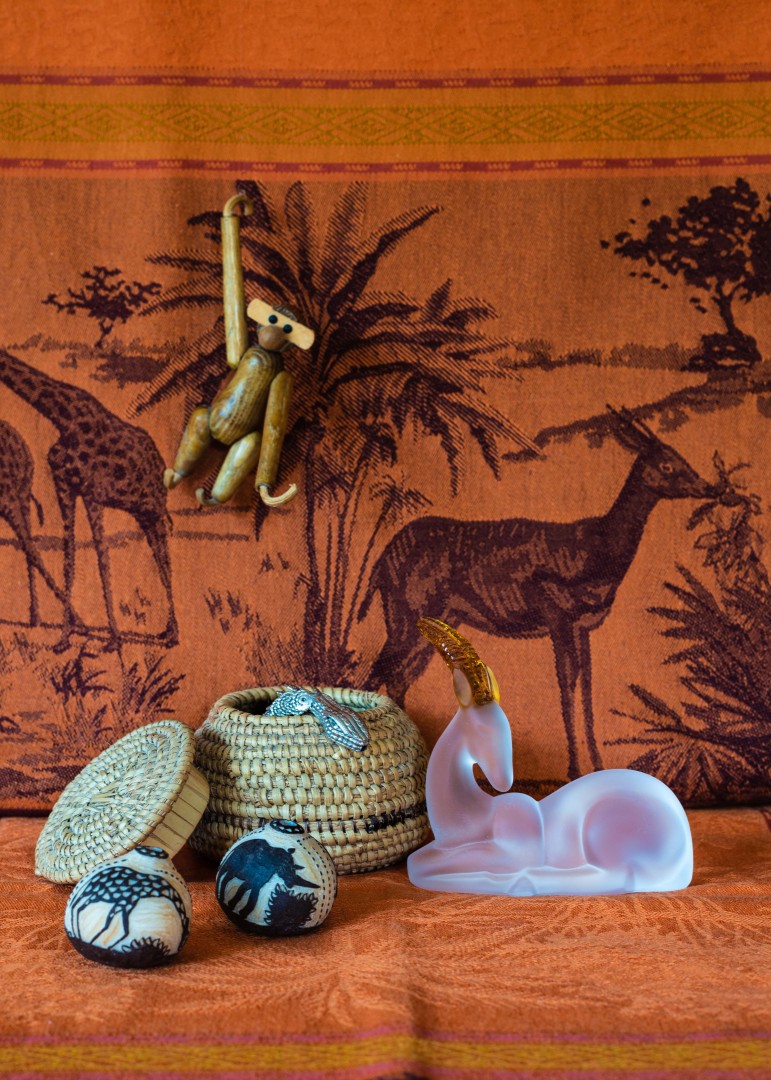 Alongside, Dee is also showing a series of photographs, The Everyday, returning to her preferred black and white style. “These,” she continues, “are also taken in the home. However, they are more everyday objects that we see so often we stop noticing them, like the rubber duck in the bathroom or a decoration on the wall in the hall.”

“I normally work outside and so for both these series, I had to play around with the lighting indoors, using whatever we had to hand including an old anglepoise lamp from my desk that was once my father’s,” she laughs.

Watlington Photographers Collective are exhibiting in The Social Club on Watlington High Street from 15-23 May. For more details on these artists and many more, visit artweeks.org.