“We have to be able to imagine our lives differently if we are to make human civilisation sustainable and avoid the destruction we’re wreaking on the natural world. ”

Built between 1855 and 1860, Oxford University Museum of Natural History is the extraordinary result of close collaboration between artists and scientists. Inspired by John Ruskin, architect Benjamin Woodward and the Oxford scientists worked with leading Pre-Raphaelite artists on the design and decoration of the building. The lavishly illustrated Temple of Science sets out the history of the campaign to build the museum before taking the reader on a tour of art in the museum itself. Here, its author John Holmes, professor of Victorian literature and culture at University of Birmingham, speaks to Sam Bennett, who was surprised to learn that University of Oxford didn’t always embrace science… 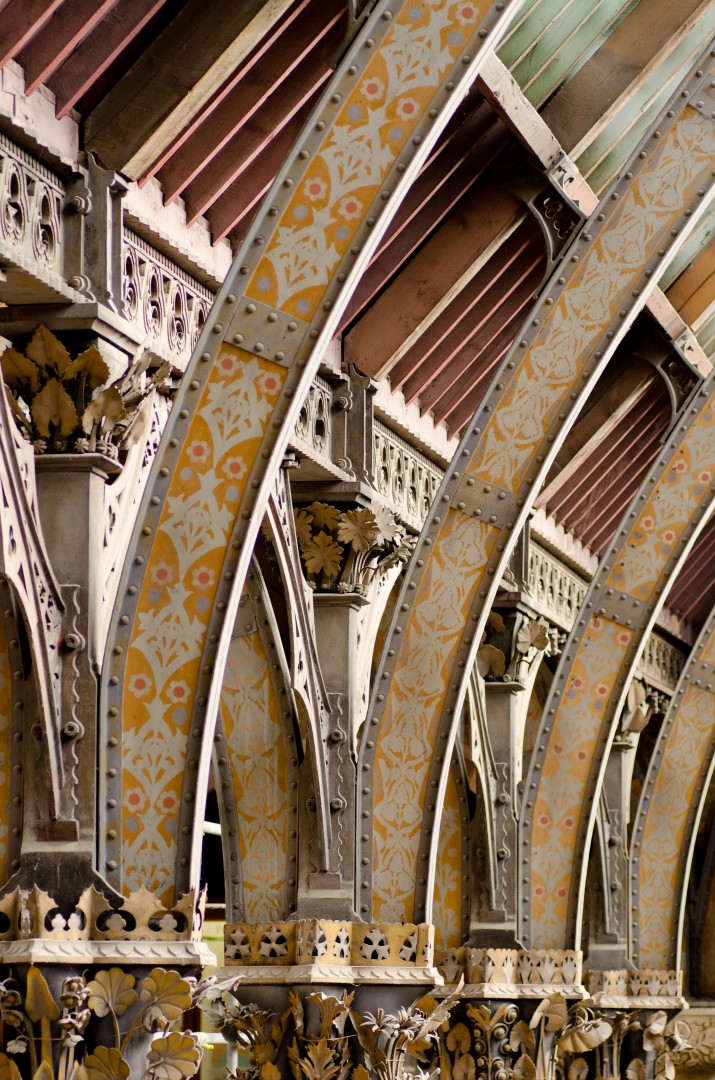 "It seemed to be getting there in the early 19th century," he says, "and then it just stultified. A lot of the rest of the country became massively driven by technology, the railways and the way in which industrialisation was changing the world. People were learning about geology, mainly driven by industry, I guess; building, manufacturing and mining. Then there were all the things chemists were doing. Places like London were setting up museums and laboratories and what have you, but Oxford came to be quite left behind by the 1840s or so."

And then some Oxford scientists went about convincing the university to get more involved via the building of a museum dedicated to science. That’s a somewhat simplified version of the events in your lovely book, Temple of Science.

That is essentially what happened, except we need to remember that, for us, a museum means a place where the public can visit and look at things. The Museum of Natural History was always going to be that, but when they had it built, they were calling it a museum but what they had in mind was what we would think of now as a total science faculty; lecture rooms, laboratories, dissection rooms. It was a museum to celebrate science but it was also a building in which the university could start teaching science properly.

What’s the link between the Oxford scientists and the Pre-Raphaelites in terms of the museum?

You’ve got two things happening at the same time. You’ve got the Oxford scientists deciding in 1847 that they want to push for this new museum, and also the Pre-Raphaelite brotherhood – a bunch of young art students at London’s Royal Academy, deciding to gang together in 1848 to launch effectively a rebellion against the way art was being taught and created. The Pre-Raphaelites were motivated by a rejection of the idea that the way to create great art was just to copy the great art of the past. They felt instead that as an artist you should look for yourself. They meant that in two ways: both literally looking and studying very closely the thing in front of you, and also using your own imagination. They had two models for doing that. One was where they got the name Pre-Raphaelite from, which was looking back to the early renaissance and medieval artists who they felt had done this – they felt from Raphael on, people had been taught to paint in certain ways. Their other great model was Victorian science because they felt the scientists were studying things afresh, they didn’t have preconceptions about what they were going to find – they were trying new experiments, they would scrutinise things very closely. So, that’s what the Pre-Raphaelites were doing and how they link 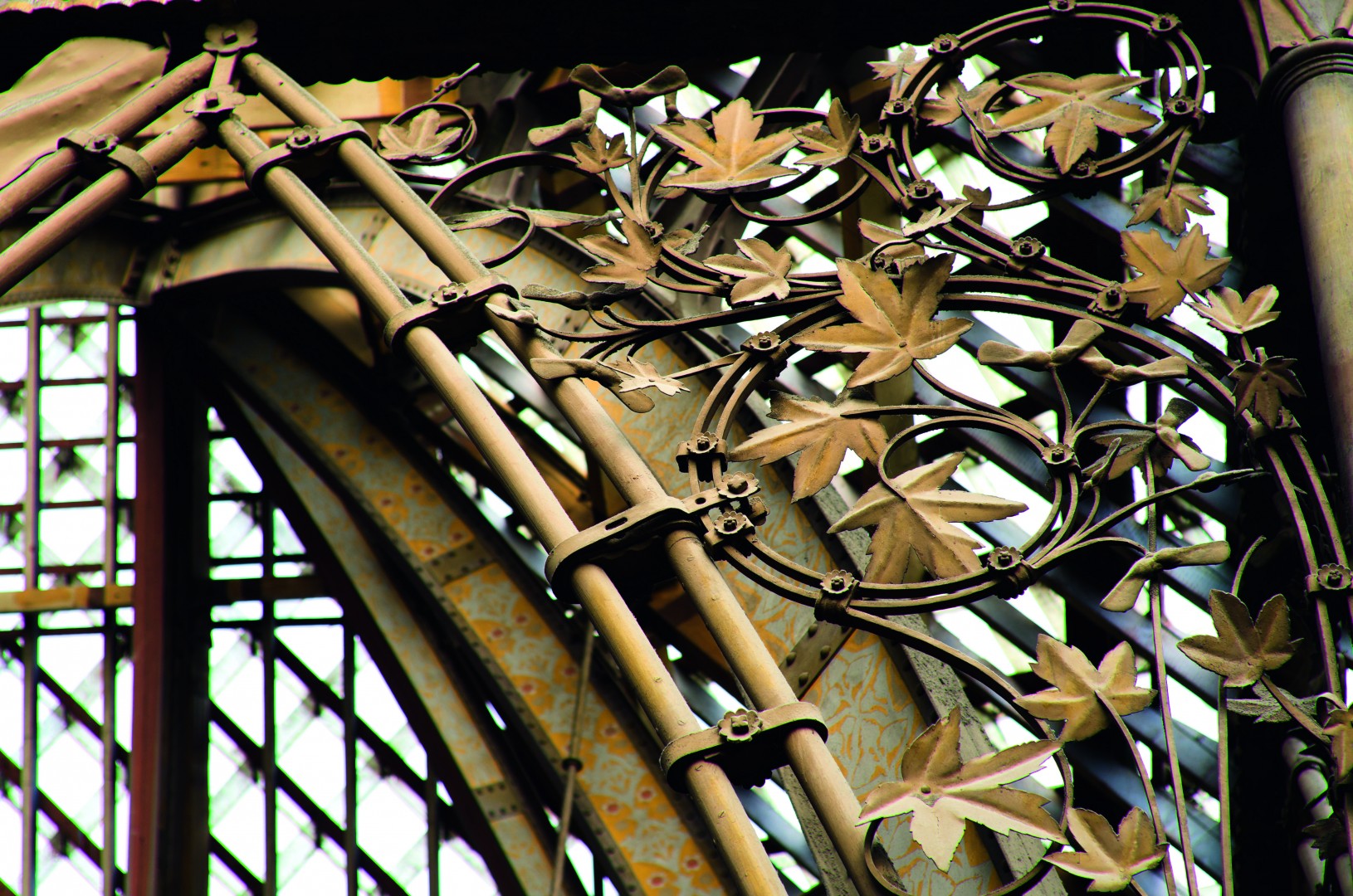 to science. Meanwhile, the Oxford scientists wanted this building that would teach science, not only practically but also through its fabric and, crucially, the art within it. Because the Pre-Raphaelites had embraced science and therefore promoted its very close way of looking at things, the scientists then recognised that the Pre-Raphaelite art would be a good model for getting the sculpture, ironwork and paintings of the building to teach science. That’s their intellectual connection. Personally, they started to meet because a number of the Pre-Raphaelites had started to come up to Oxford to do commissions – Millais was working here, Holman Hunt was doing stuff here – and they met Henry Acland, the medical reader leading the charge to build the museum. The Victorian establishment, when they saw what the Pre-Raphaelites were doing, responded in the way the establishment always responds; to sneer, scoff and reject this challenge to their own way of doing things. But John Ruskin, the great art critic of his time, said: ‘No, you need to appreciate what these guys are doing; you need to look at the care with which they’re working, and particularly the extraordinary precision with which they’re representing nature.’ Because Ruskin was one of Acland’s closest friends, when the contract came to build the museum, Ruskin was able to introduce Acland to more Pre-Raphaelites and get them directly involved. 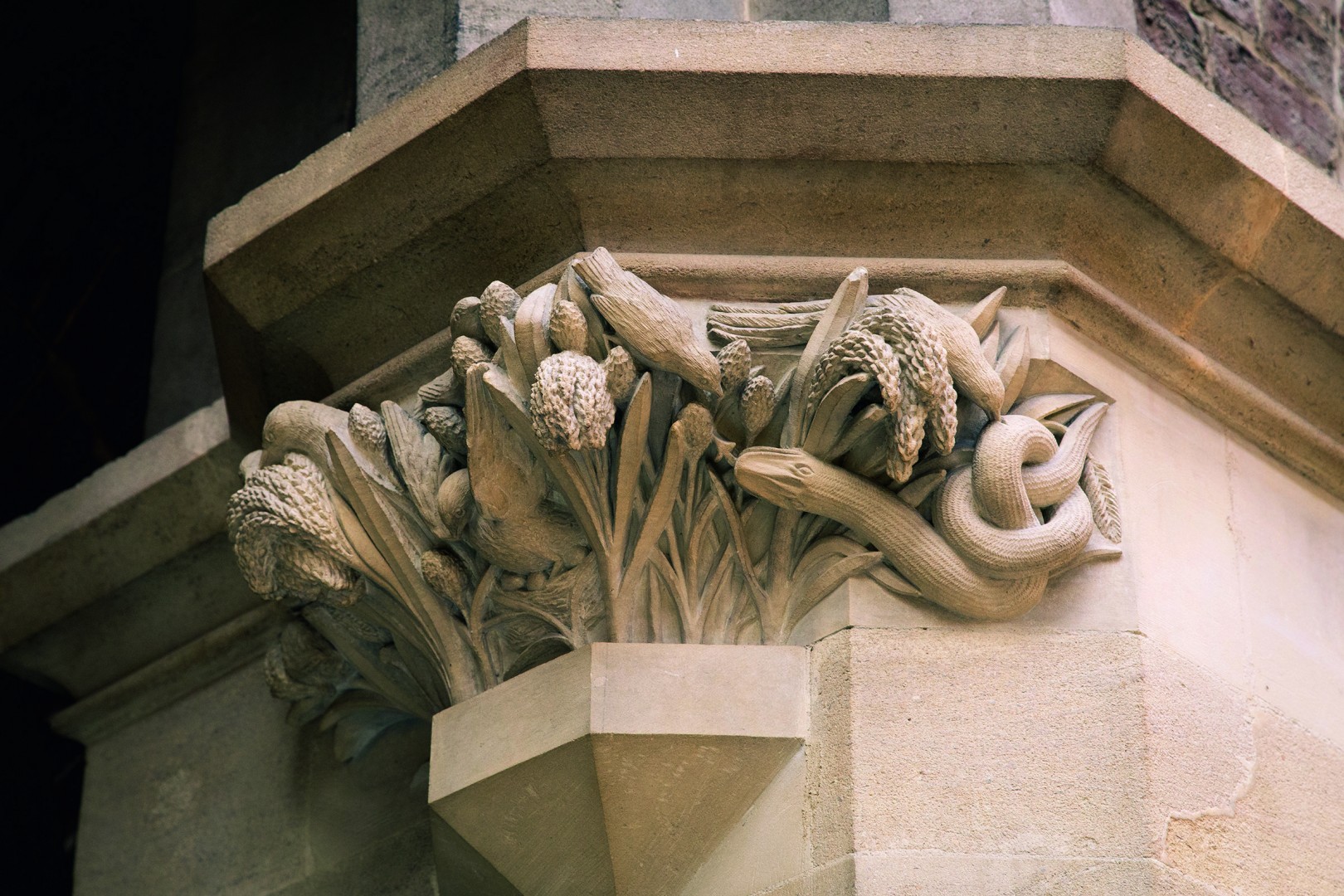 What is it then that places science and art as opponents when they marry together so well?

I think that’s much more of a thing now than it was then. One of the reasons for that is to do with our education system, particularly in England, where students are forced to decide at the age of 16 whether they’re an arts person or a science person. Maybe it’s also to do with the notion that the arts are about imagination and the human world, and the sciences about fact and the universe out there. In the mid-19th century, there wasn’t really opposition in that way at all. The other thing worth saying about the Oxford scientists is that Oxford was very much a Christian university at the time; one of the challenges was persuading the dons to accept the science museum wasn’t a threat, and actually art was one of the ways in which people like Acland persuaded theologians that science was not a problem, by viewing the natural world as the art of God. 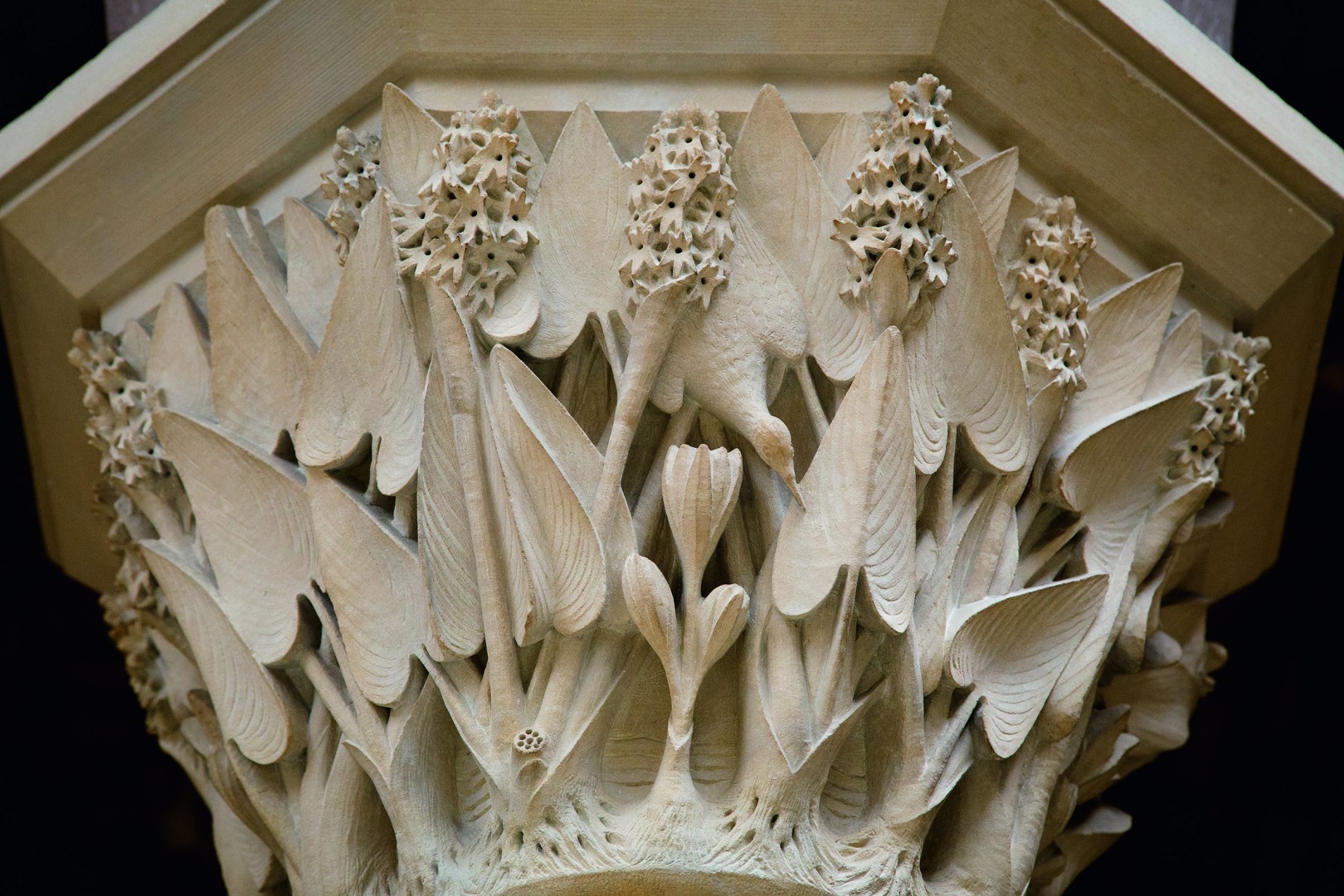 Towards the end of Temple of Science you write, “We need science to work out how best to survive the perilous environmental crisis which we have created for ourselves. At the same time we need art, in all its forms, to bring this need to the forefront of people’s imaginations, to realise what it means to us as human animals to be living through this moment, and to move us to act.” How optimistic are you about all that?

I’m not politically optimistic – the track record of human political action is not promising. But with science we can address the environmental problems that we’ve created. We know how to do it for the most part, it’s just a matter of finding the political will and mobilising people to do it. So in that sense, science does give us hope. Art also gives us hope because it can transform your sense of what matters in the world and galvanise you into a different way of thinking about value. We have to be able to imagine our lives differently if we are to make human civilisation sustainable and avoid the destruction we’re wreaking on the natural world. I think art has an absolutely vital role to play in that imaginative leap. Science can tell us what we need to do but art – it might be cinema, science fiction, poetry, the Pre-Raphaelites at the museum – can enable us to imagine a world that is different from the one we live in, and therefore get to that world. I wouldn’t say I’m optimistic, but I would say that both science and art together can give us grounds for hope.