“Normally if you go to an art school, afterwards the only jobs are teaching, but I have taught practically nothing in my whole life and managed to survive. A lot of it is luck, a lot of it is about being continuous – you’ve got to work. And you’ve got to have something to say.”

Barry-born Raymond Martinez earned himself a degree from Cardiff College of Art, before training for eight years at Slade School of Fine Art, where the likes of Henry Moore and Ceri Richards would visit to teach. During his postgraduate year at Slade, he won the Abbey Major Scholarship for the year 1962-63, held at The British School at Rome in Italy. After returning to the UK, London’s Lefevre Gallery took a real interest in his work. “They generally sold Modigliani,” he says, “but for some reason they took me up.” His working relationship with Lefevre carried on until 1977, with him holding an exhibition every two years. He would then return to Italy, buying an old monastery in Tuscany which he renovated into an art studio. Twelve years ago he came back to England, and towards the end of 2015 over 40 of his works went on display at Brick Lane Gallery. For this year’s May Oxfordshire Artweeks festival, he has partnered with charity Cecily’s Fund in staging an exhibition at Burford’s Warwick Hall, to raise money for Zambian orphans. Here, from where he’s based in Dulwich, he tells us more about the exhibition encapsulating the beauty of the world.

When you’re not painting, what are you doing?

I have a beautiful big garden here in Dulwich and I love gardening. I think it complements painting. Now and again you’ve got to leave a painting for an hour or two, so I go in the garden and try to redesign something. I look after my olives – I just have one man who helps me. I love swimming; I keep very, very fit. You’ve got to keep yourself in good condition, that’s the way you carry on working. I make a point of working every day, I would never retire, that’s a word I hate.

Have you any plans to relocate again?

No, I love London. I go to the concerts at St Martin-in-the-Fields – a very beautiful place, within 100 yards of the National Gallery. They have concerts given by very young people studying music. It’s lovely to give them a bit of money to help them through their studies, instead of giving it to some big conductor. I’m very interested in helping young people starting out. Who knows? One of them may be the next tremendous composer. That’s the excitement of the creative world. 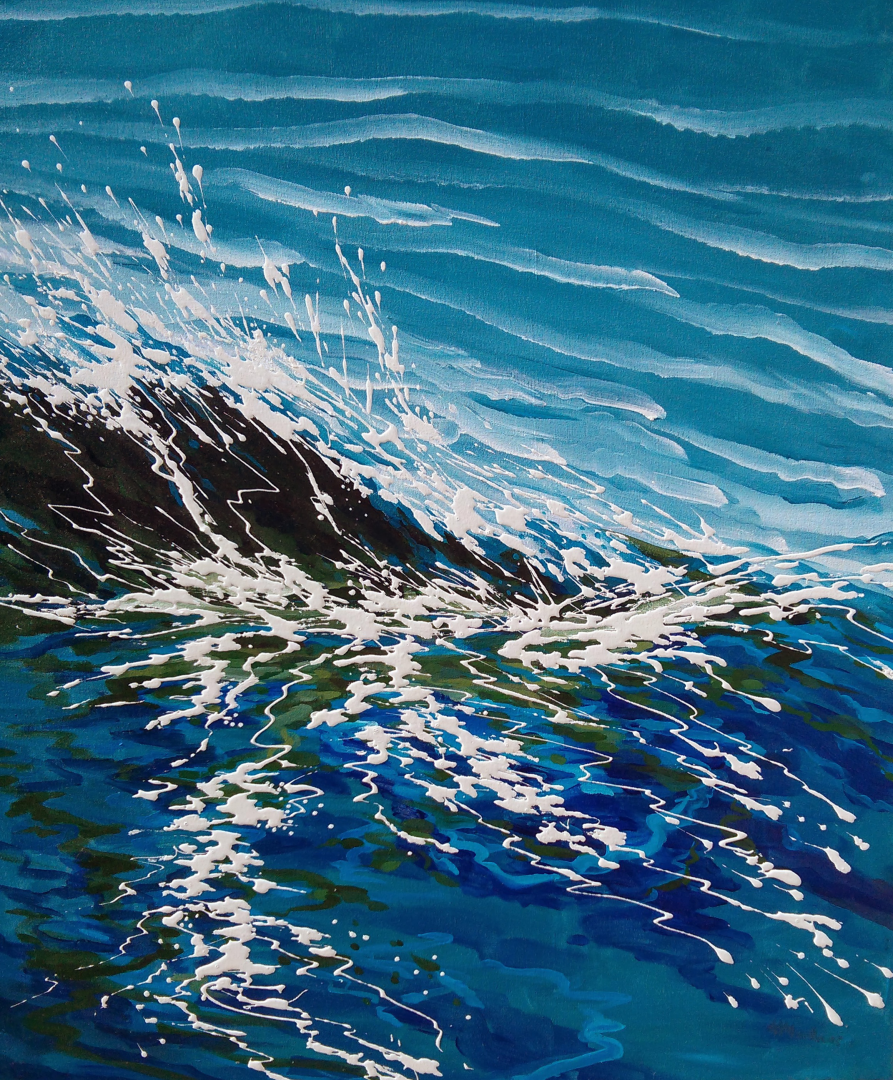 Are you at all musical?

When I was at Cardiff College of Art I was in a quartet, I played the drums. We were going to go professional, but we were doing a tour in Germany and had a crash. I thought, ‘Well, I don’t want this life.’ I loved painting so decided to back out of it. But you notice a lot of the people who have become big pop stars of that period all went to art colleges – they must have been a breeding ground for pop stars.

These days you work closely with charities, marrying art with good causes.

I’ve been in the business many years and really got tired of the big prices of art. There’s no reason for those huge prices because it actually stops people from buying. Somebody might really love a work of art, but they can’t afford it – I’m against that. So now I’m working with charities. 85 percent of my exhibition proceedings go to the charity I’m working with at the time, all I ask for is 15 percent to cover the costs of my work (I’ve got to buy a canvas and everything else). I don’t make a profit on it and I’m not interested in making a profit. It opens up the art world a bit more than just putting paintings in a gallery. I think it’s very important now that we link art with the real world.

You believe artists have got to have something to say – what are you saying with your upcoming Oxfordshire Artweeks exhibition?

The world is a very, very beautiful place. Unfortunately we’ve now got a whole generation of young people who sit looking at their phones. At the moment in London we’ve got the most beautiful blossom, and it’s very sad to see people stuck on their phones not looking at the world. I say to my little grandson, ‘Look at the real world.’ When I had the show in Brick Lane people came and said ‘Wow, I’d never thought of the sea like that.’ That’s the best thing they can say to me; that I’ve made them look again at the world we all live in for a brief number of years.

Raymond Martinez will exhibit his work at Burford's Warwick Hall in aid of Cecily's Fund, 25-26 May