“Do you know what would be amazing…? If we sent Lionel up!”  (The office dog)

“No, no, do you know what would be funnier? If we sent Ellie!”

This is the conversation I overheard that prompted my first foray into flight; a 20-minute flying lesson in a 1930’s Havilland Tiger Moth open-cockpit biplane. Yes, dear reader, my Bridget Jones moment came when I was sent to Bicester Heritage to try out their Finest Hour experiences, which – contrary to my apprehension – turned out to be one of the best things I’ve ever done. 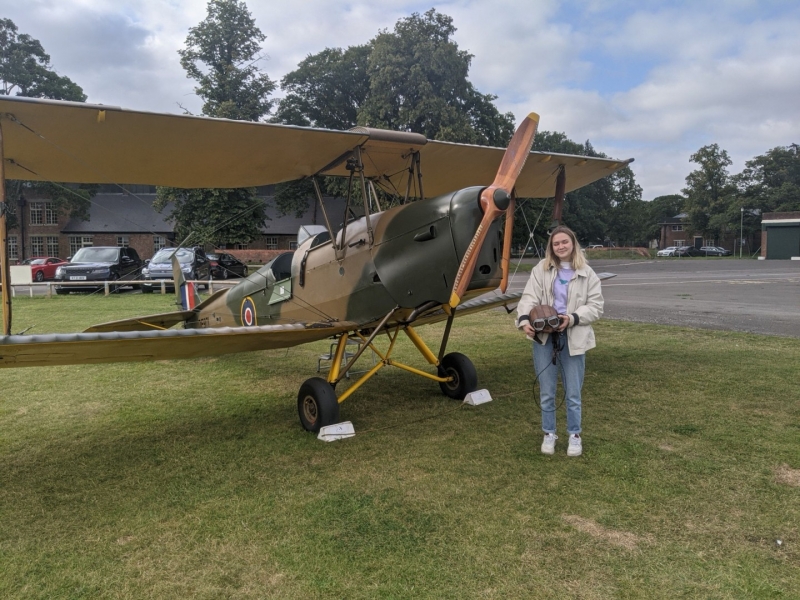 Two weeks later, I arrived embarrassingly early leaving plenty of time before my flight to have a look around, take some pictures, and chat with the team. What this time actually served as, however, was the opportunity to build my nerves. I thought I was covering them up quite well until others waiting for their experiences started approaching me with the classic, “first time?”

The team were great at distracting me though, one member even taking me to the warehouse to look at their impressive collection of aircrafts. “I like that yellow one,” I said, in an effort to show my appreciation; I was a bit out of my depth.

In what I’m sure were further efforts to stop me from staring at the sky and nervously biting my nails, I was also given more of an idea about the history of the site. Originally developed as a bomber base, the former RAF Bicester is considered one of the best-preserved Military Airbases in Britain. Before its use as a bomber base, RAF Bicester was a Training Depot. As the country then prepared for war it greatly expanded to become the home to the Royal Air Force’s first heavy bomber to enter production.

After a period where its main function was as a maintenance site, it reached its final form after a restoration programme in 2011 when it acquired the name Bicester Heritage. Now it is not only home to Finest Hour Flight Experiences but also two breweries and a classic vintage vehicle experience site. It is also used as filming location, notably providing an authentic 1920s backdrop to The Imitation Game, starring Benedict Cumberbatch.

Worried I was becoming a bit of an anxious buzzkill, I posed for a few shameless shots wearing the ‘big hat’ in front of the ‘little plane’ (pretty sure I’m using the correct lingo here) before being talked through what would follow. The guidance I was given was to communicate using these very specific phrases: ‘I have control’ or ‘you have control’. “Okay, yeah, got it!” I said confidently – I didn’t use these words once while flying. Instead, I opted for instinctive expletives, or the more polite but no less urgent, “Please can you take over”. 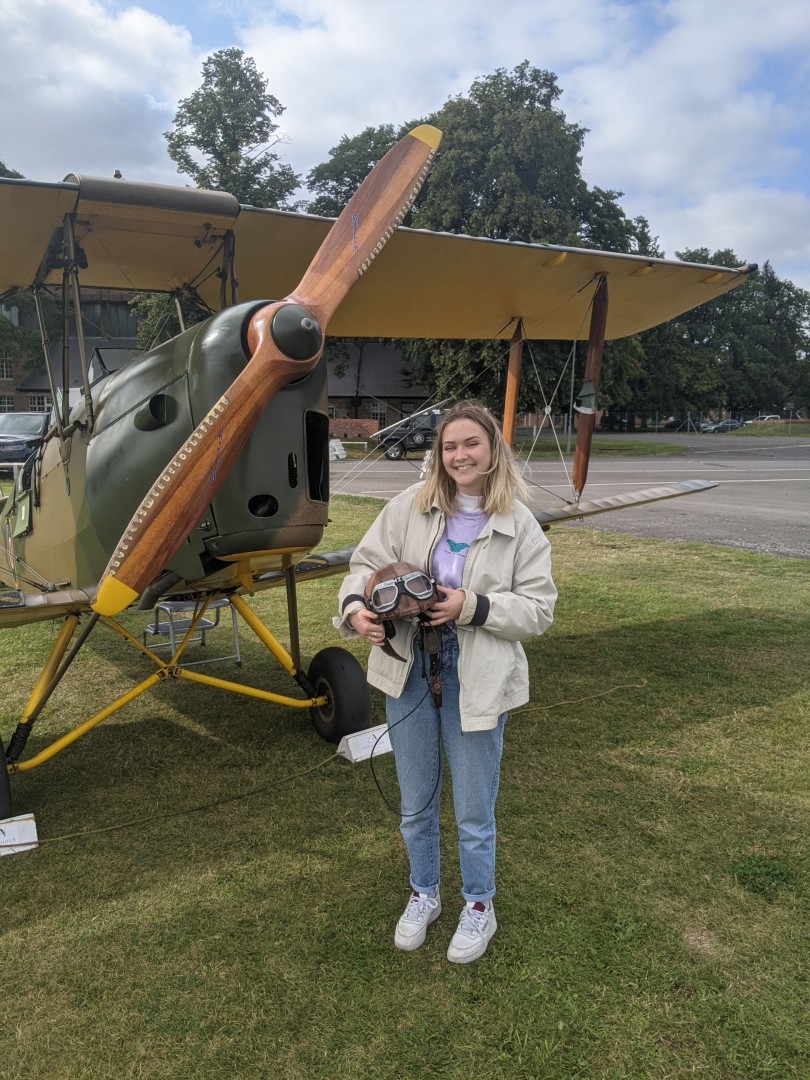 Before we set off, Chris, my pilot, asked whether I wanted to end the flight with a loop-the-loop and I shook my head very assertively, no. However, saw him looking beyond me to his colleague, who was giving an even more assertive nod. The loop-the-loop was of course the best bit.

As soon as I was strapped in, adrenaline took over. Chris gaged exactly how much control I wanted to have, taking over when I was too wobbly, allowing me to enjoy the tour of Oxfordshire from above. The views were absolutely amazing, and I displayed what I now see was a quite menacing smile, for the whole of the flight.

“I’m sorry if I swore a lot,” I said while getting out, imagining they might not have heard. “Well, we’ll see, shall we?” he replied. Little did I know, the whole flight was recorded for me – audio and all – to take home and cherish. We watched a little together and after I ensured that I’d suitably embarrassed myself, I was able to find Chris, a qualified flying instructor and ex-RAF senior officer, for a proper chat on terra firma.

Chris has been flying the public in vintage and aerobatic aeroplanes since 2000 and has enjoyed the privilege of flying many World War Two veterans, including former fighter pilots, bomber crews, and engineers. He also displays all aircraft in the Finest Hour fleet. Despite his breadth of experience, Chris claims that nothing puts a smile on a customer’s face quite like a ride in the iconic Tiger Moth. 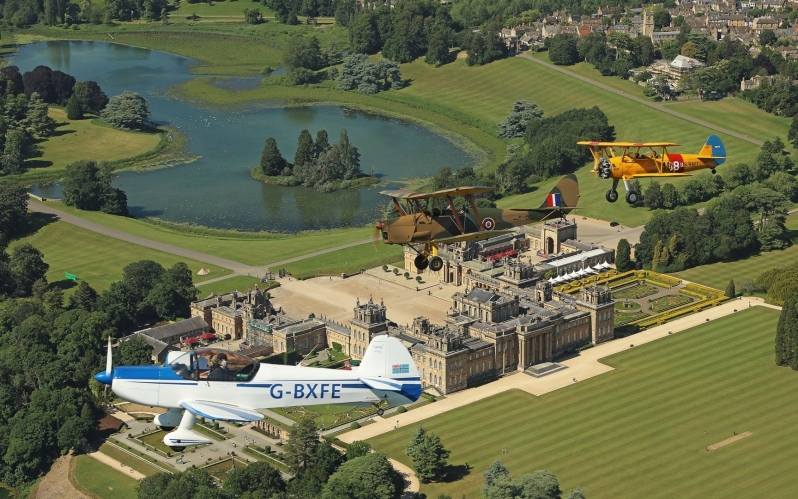 That’s what seems to set Finest Hour apart from other experience centres: the quality of the pilots. “You’re not being taken up by someone who’s doing it for themselves and charging you off the back of it” Chris says. A quick browse on their website will show you that the whole team here are absolute masters of what they do which is why you get such a high-quality experience – loops and all.

It’s also about a genuine passion and belief in what they offer. Chris for example, came to take me to fly on his only day off that week from his day job flying Airbus airliners, because – as he put it – “it’s about sharing the love.” You can feel that this is exactly what Finest Hour Experiences is built on.

It’s safe to say I probably wouldn’t have considered this experience for myself if I hadn’t been volunteered without being consulted. It was, however, one of the craziest and most incredible experiences I’ve ever had, and I cannot recommend it enough.

If you’re still thinking this isn’t for you – yes, it is. Do it anyway.

The starting stalls are ready. Summer dresses steamed with fabulous fascinators ready to be worn. There is a freshness in the air, this can only mean one thing. Flat is back at Newbury Racecourse.