“His story is amazing and deserves to be shared more widely ”

“If you talk of Arctic exploration, people will mention Shackleton, Scott or Amundsen, but very few are likely to mention, or have even heard of Olaudah Equiano, who was the first black man ever to set foot in the Arctic Circle,” says Natty Mark. ''From the Igbo people of south-eastern Nigeria, Equiano was kidnapped and enslaved as a child. Spending time under several owners, he learnt to read and write – which was illegal for a slave – as well as seamanship and trading.

As a young man, he bought his freedom and continued travelling as a free man; invited to join the Phipps expedition heading towards the North Pole in 1773; an expedition that included as part of its crew, a young sailor called Horatio Nelson. He nearly didn’t make it though,” laughs Natty Mark, “as he had an altercation with a polar bear! Equiano later became a leading anti-slavery campaigner and best-selling writer. His story is amazing and deserves to be shared more widely.

In an event this month for IF Oxford, I’ll also be looking at the story of African-American explorer Matthew Henson, who was the first black person to reach the North Pole. Born in 1866, he left school at the age of twelve, beginning his working life as a cabin boy. During his years at sea, he learnt craftsmanship skills such as carpentry, crucial to the future Arctic exploration. Henson made several expeditions to a range of places, such as Nicaragua, during the late 19th and early 20th centuries, alongside his employer, fellow explorer Robert Peary. Although Peary was the celebrated leader of the expedition, it was Henson, a renowned dog-handler who built the sledges for the trip, studied Inuit language and survival techniques; an integral part of the six-strong team that reached the North Pole, on 6th April 1909. In the aftermath, he was denied any acknowledgement of his part, whilst Admiral Peary was widely fêted. His paramount contribution was only recognised towards the end of his life; by geographical and explorer organisations, the postal service and two presidents. Because of these two trailblazing figures, I've entitled my workshop, Africans as well as Amundsen.''

*Although Henson and Peary believed they had reached the geographic North Pole in 1909, careful re-examination of the group’s expedition records eighty years later cast doubt on their achievement. New research showed that it was in fact unlikely that the men had been able to make the fast progress they needed to reach the pole in the time they recorded and suggested that the men could actually have been 50-100km short of the true pole.

Hear more about Olaudah Equiano and Matthew Henson, their lives and legacies, at IF Oxford, the science and ideas Festival, on Saturday 16 October at 2pm (digital event).

BOOKS BY THESE EXPLORERS

The Interesting Narrative of the Life of Olaudah Equiano: or, Gustavus Vassa, the African

By Olaudah Equiano 1789
Now in a new edition (Afrori, September 2021) with a foreword by historian, author and TV presenter David Olusoga.

A powerful autobiographical narrative gives a balanced social history of slavery that is both eloquent and eye-opening, terrifying and astonishing. Equiano tells the story of his life from being stolen away as a boy, from all he knows, and through the twists and turns of his life thereafter. A real-life adventure story, this book takes you through Equiano’s experiences as a slave to his exploits in the British Navy, as he shares his thoughts on race and religion, faith and culture, horror and hope. Written in 1789 when he was 44, and part of the abolitionist movement, it’s a fascinating insight into the challenges and struggles of black slaves in the eighteenth century. 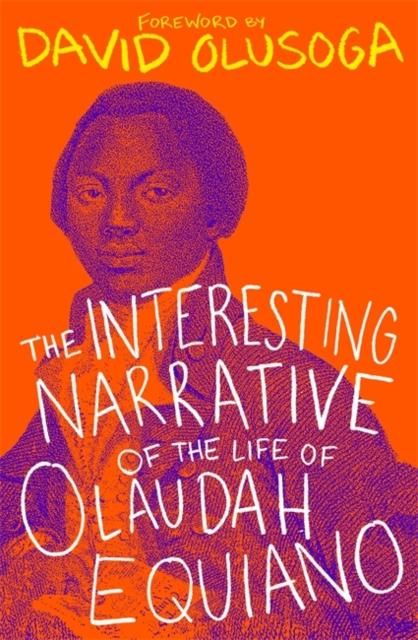 A Negro Explorer at the North Pole

Several years after his experiences, Henson wrote a book about his arctic exploration that remains in print today. A personal account, with understated wry humour, it takes the reader back in time and offers a terrific window into a world of sleds and dogs, tents and igloos, freezing terrain and frostbite. It also, without direct discussion of racism, offers observations on the Inuit he travels with and his own status alongside a white expedition leader. 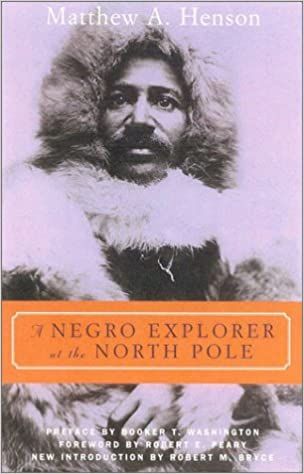