As David Hare’s adaptation of Ibsen’s Peer Gynt plays the National, The Theatre Chipping Norton Homegrown presents his 1995 creation Skylight – and it’s one of the most impressive productions I’ve seen this year. Over two hours of action comprises just four scenes, the middle couple of which are lengthy, and a lot of dialogue. But John Terry and his cast keep Hare’s multi-layered love story wholly gripping.

Snow’s on the way one evening when a gap year-ing Edward (Roly Botha) turns up at the small London flat of teacher Kyra (Rosie Wyatt), full of animosity for his wealthy restauranteur father Tom (Louis Dempsey) who she once had an affair with. Not long after Edward’s left, Tom himself walks into Kyra’s modest home, for a night of reminiscing, home truths, fondness and sex, in which both cutlery and exercise books are thrown to the floor in frustration. 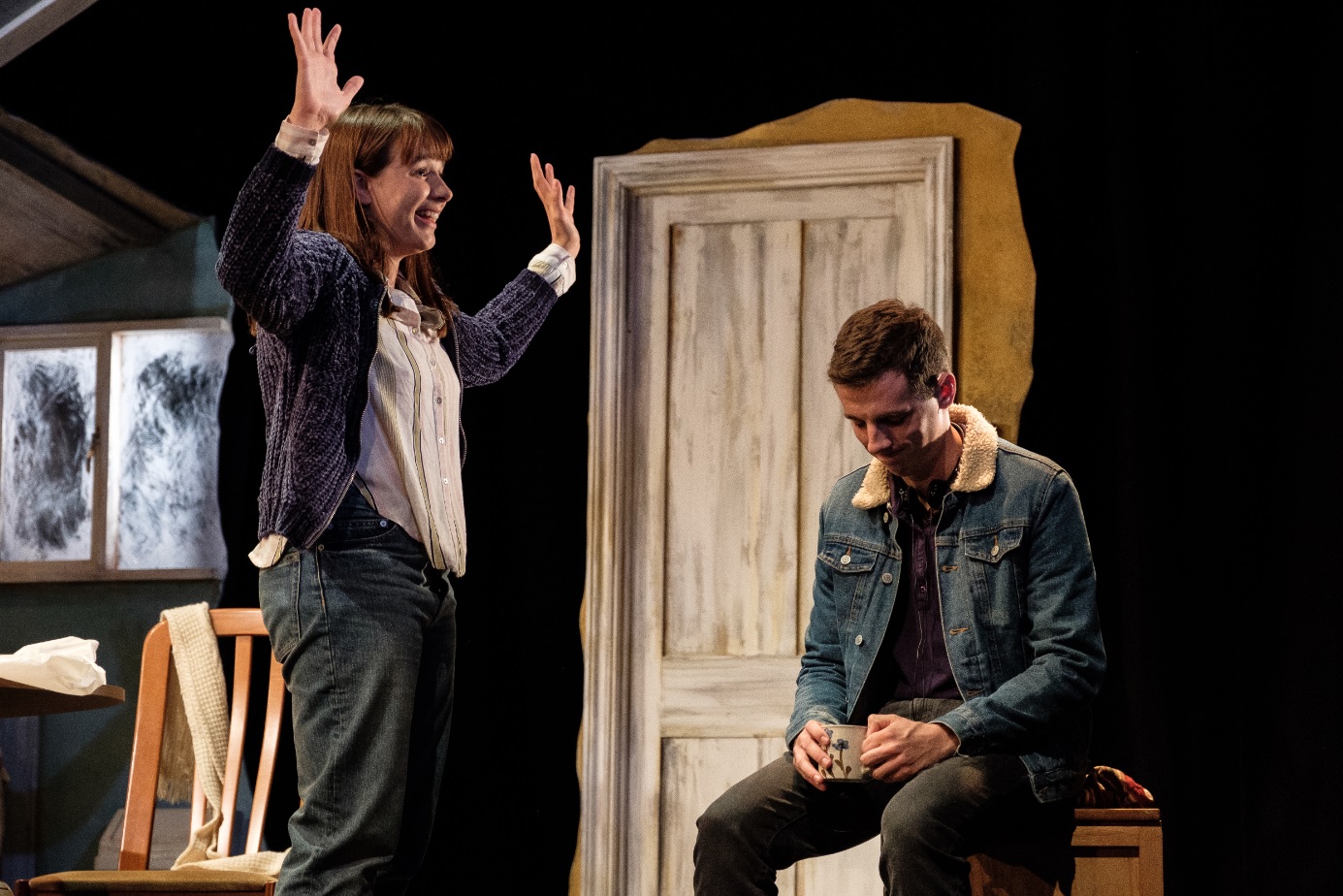 Dempsey skilfully conveys the myriad aspects to Tom’s character: the charm, the mischief, the snobbery; the softness, the bitterness, the part that’s grieving for his wife Alice, not long dead from cancer. Opposite, Wyatt is outstanding as his former lover and employee, bringing forth an utterly real character. It seems she knows the script so well that she can throw in little stumbles and stutters that increase the authenticity of Tom and Kyra’s exchanges.

There are other details, some planned and others I suspect not, that add to the evening’s realism and relatability. Kyra lacking a small table by her armchair, meaning teacups and wine glasses are placed on the floor – we even see Wyatt knock one drinking container in the process of putting another down (as we’ve all done). Add to this the preparation of dinner weaved into the pair’s dialogue. A minced-based delicacy is cooked in real-time, with gas stove ignition sounds and the smell of food permeating the auditorium (the second time in a week I’ve attended a show in which the nostrils are entertained). 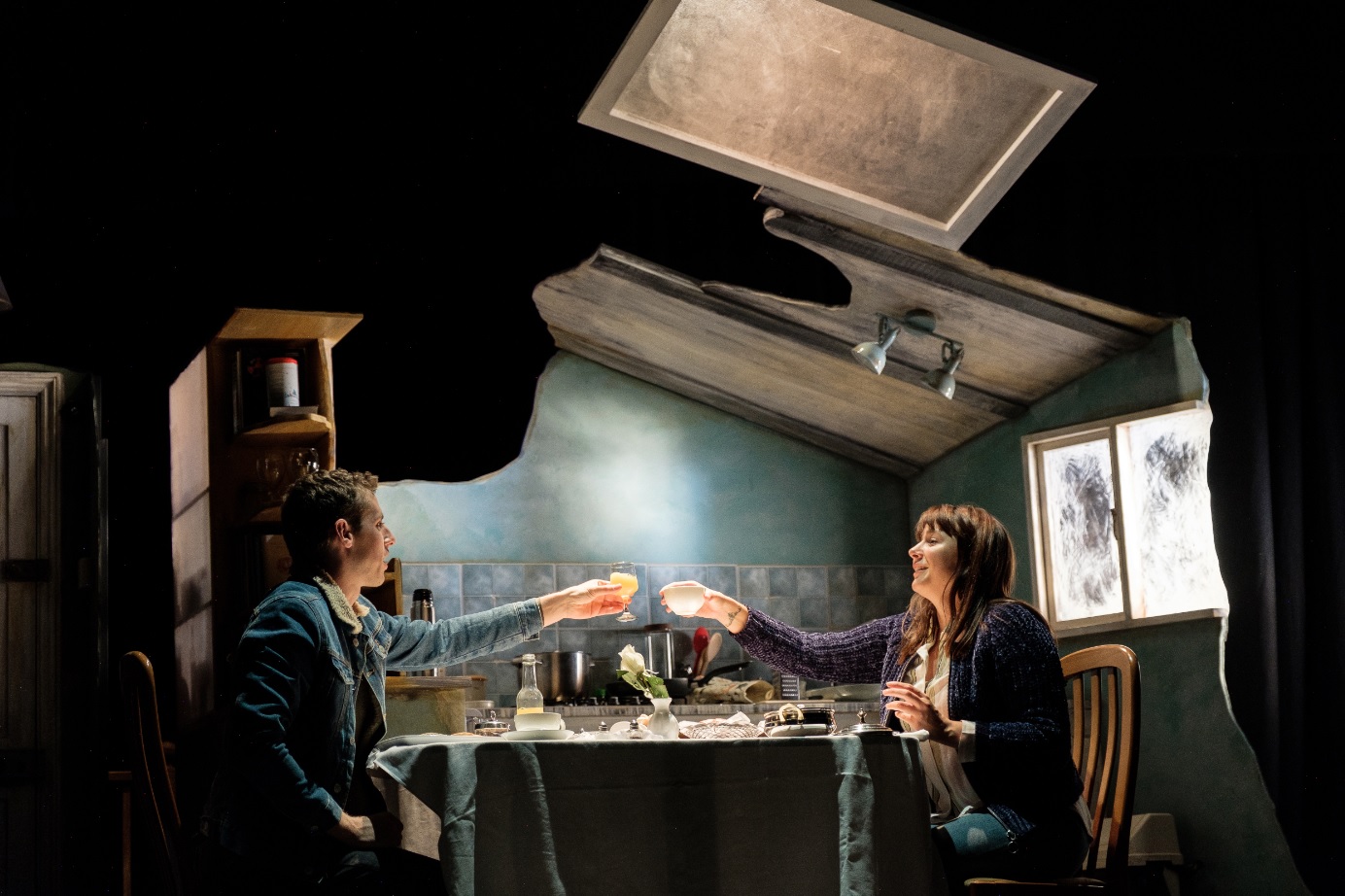 With Dempsey truly looking like he’s had a night of it, Tom leaves by taxi early the next morning. His son reappears a few hours later, waking Kyra with the sort of luxury breakfast she says she misses from her days with Tom – good coffee, scrambled eggs, toast, silverware. Botha and Wyatt then engage in heart-warming chit-chat as they eat, during a beautifully understated and unexpected close to a play where you’re as enticed by Tom and Kyra’s present as you are the past they revisit.

Skylight is at The Theatre Chipping Norton until 21 September.