“ I’m pretty willing to bet that they may well be the most Instagrammed loos in Oxford. ”

Since The Ivy Brasserie opened its doors on Oxford’s High Street it has become the place to see and be seen. The flamboyantly fabulous interiors and crowd-pleasing menu ensure this is event dining, Oxford-style.

We visited on a Thursday evening, after a full day at work and an hour and half commute from the OX offices in Faringdon. To be greeted at the door by a smiling face offering to relieve me of my coat and bag was more than welcome and I was quickly shown to my table. I sank down into the cushioned banquette and settled in to inspect the seasonal menu.

The atmosphere is bustling rather than intimate and the interior can’t fail to impress. We noted with a sense of satisfaction the nod to Oxford running through the botanical-themed décor. Suitably uplifted, we ordered a couple of the spring themed cocktails; French Garden (gin, elderflower, lime and cucumber with The Ivy Collection Champagne, and a Sparkling Peartini with Grey Goose Le Poire, bergamot, lemon and also Champagne. Both were light, crisp and sparkling, and fulfilled their ultimate function; to set the tone of the evening.

They also worked well with the seasonal starters which – once we’d taken the obligatory photos to memorialise their prettiness – we set to eating. I had the Grilled Asparagus, enhanced with spicy Szechuan mayonnaise and topped by a teensy, perfect fried quail’s egg. The clever chef had dotted the plate with shards of toasted almond and the vivid green spears were perfectly cooked; softened enough by the heat to yield to the knife, but still crisp. My partner feasted on the Roasted Scallops, the butteriness balanced by the indefinable yet distinctive muskiness of grated truffle and meltingly soft pops of potato rosti. 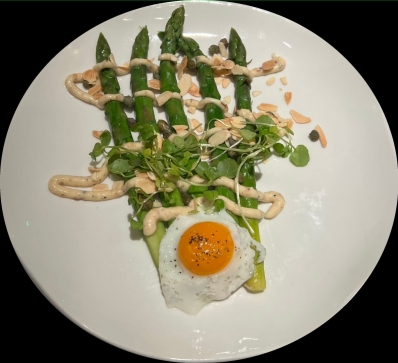 Appetites firmly whetted, we awaited the arrival of our mains; the intriguing Rabbit and Langoustine Pie for my partner, and I went with the Special, which on this evening was Turbot Meunière; a whole fish, bathed in beurre noisette and garlanded with capers, lemon and parsley. On the advice of the delightful waiting staff, we added a side of olive oil mash (served in the way God intended; in a mound) and zesty sprouting broccoli.

I must admit, I strongly influenced my guest’s decision in choosing the pie. He’s a big fan of rabbit, and of seafood and it’s the sort of thing I see on a menu and long to order but I stupidly struggle with rabbit (I saw Watership Down at a very impressionable age). It arrived with a golden halo of pie crust – almost brioche-like, yet airy and a dash of the fork punctured it to reveal laminated layers. The combination of fish and game married together beautifully and the aniseed note supplied by fresh tarragon cut through the richness making it pleasingly moreish. As for my turbot – what an absolute treat. Firm yet flaky, I devoured every morsel (my only note being that I could have done with a repository for the bones to remove them from my plate). 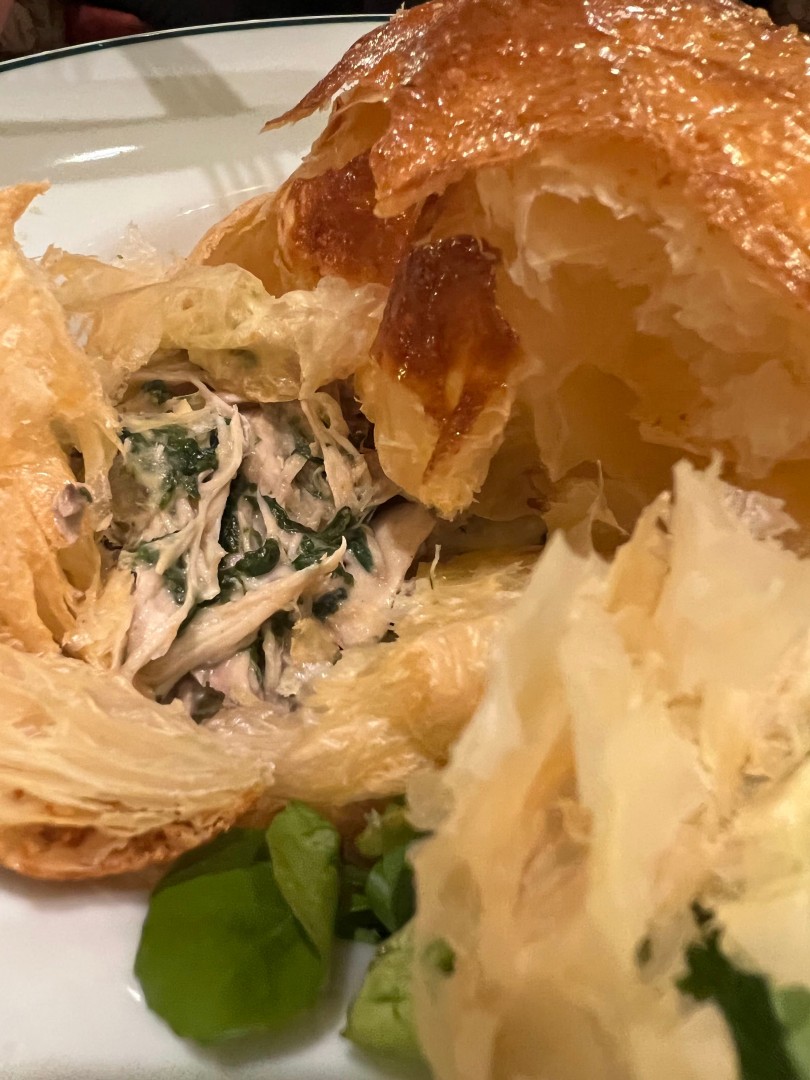 A short break before the next course. There aren’t many reviews which include the following sentence but…no meal here is complete with a trip to the Ladies. I’m pretty willing to bet that they may well be the most Instagrammed loos in Oxford.

Finally, then, the desserts, which, despite stiff competition, we both judged to be the stars of the evening. The sticky toffee pudding, served with a small jug of molten gold (aka, salted caramel sauce) filled the mouth with its depth of flavour, and the (sustainably sourced) Black Bee Honey and White Chocolate Cheesecake delighted in its considered prettiness; from the honeycomb motif to the colour contrast of an accompanying mango sorbet topped with a vibrant purple viola. Best of all, the supercute and also delicious little white chocolate bee which had alighted on my plate. Dedicated viewing of Bake Off The Professionals has left me with the firm conviction that a good pud should cause two audible reactions: first, an intake of breath on being presented with your dish and second an involuntary grunt of desire on tasting it. My cheesecake ticked both boxes. 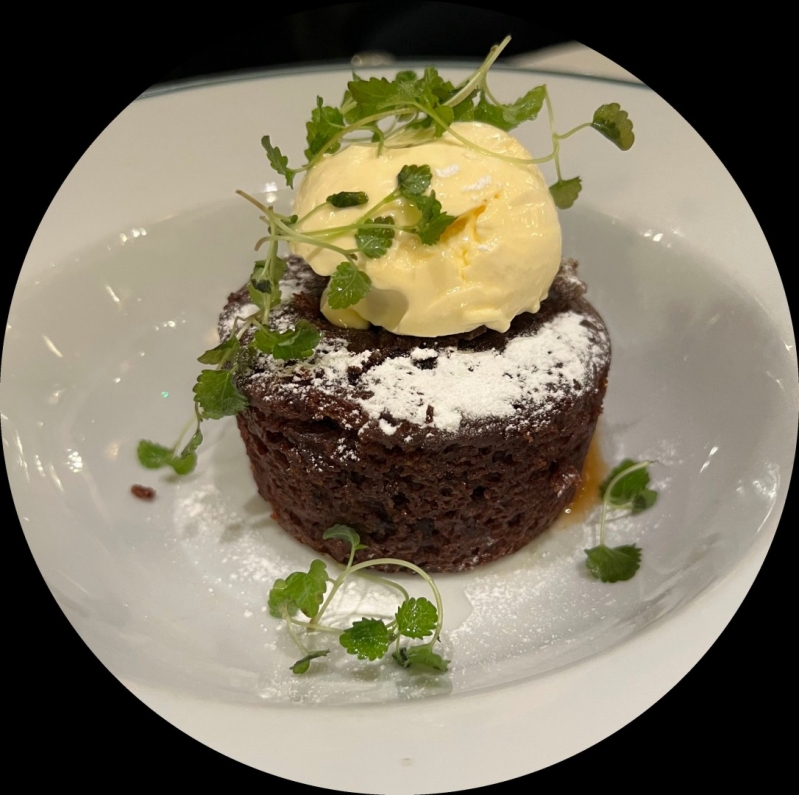 Finally, I must admit that in no small measure, that one of the greatest joys of an evening at the Ivy Brasserie is the opportunity it offers for some world class people watching; here dines the brightest and best of Oxford. In all, a glorious escape from the everyday.

Saving Me from The Slump

I have to admit, I was a little reluctant to try this pre-packaged ‘ready meal’ service having had a bad experience with something similar before. Back then I ended up stuck with unappealing boxes of food and felt guilty for opting for beans on toast instead. However, Balance Box went way above and beyond my expectations, providing varied and healthy options which had me looking forward to every meal.

The Bull on Bell Street reopens with a stunning new look

The Bull on Bell Street in Henley-on-Thames has reopened after a major refurbishment that is set to make it the top spot in town for al fresco dining and drinking this summer and beyond.