If you know anything about Ruby Wax, you’ll know she’s not one to mince her words. When I speak to her she’s in South Africa working on a new book, but I wonder if she’s escaping the parliamentary tumult of her adopted home. “Oh what happened?” she asks, “I don’t give a shit but tell me what happened.” I garble something about a no confidence vote, choking down chuckles, thinking the record might have just been broken for shortest time elapsed before interviewer becomes interviewee. “Did you go to Oxford?” comes the immediate reply when I ask if she’s looking forward to returning to us for her show at Oxford Playhouse on 30 May. I didn’t go to Oxford – “Oh, you look like you did.” Thanks…?

She however got a master’s degree in mindfulness-based cognitive therapy from Oxford University in 2013, marking a shift in her career that was to earn her an OBE in 2015, spawn two bestselling books (Sane New World and Frazzled) and put her in the company of a neuroscientist and a monk for her third book in this field, How to be Human.

It’s for this book that she is on tour with her friends and collaborators, Dr Ashish Ranpura and Gelong Thubten. The interplay between the three minds in the book is quite irresistible. There’s a flirtatious quality to the back-and-forth between scientific and spiritual knowledge, with Ruby serving as a fulcrum, her characteristic bluntness and wit goading them along.

The book reveals that the east/west division is a false dichotomy; that while one might discuss the brain and the other the mind, they arrive at the same place. I ask her if a western scientific chauvinism has been a stumbling block in our understanding of mental ill health. “I’m sure,” she replies, “but now it’s a love affair. The neuroscientists aren’t criticising anymore. They’re saying, ‘You guys had the right idea 2,000 years ago and we’re seeing it in an MRI scanner.’ That gives me great relief that I didn’t waste my time at Oxford. They weren’t teaching witchcraft.”

Relief is a feeling you get reading How to be Human, something put to Ruby by Paul Mayhew-Archer when I saw them in conversation together recently onstage at the Amey Theatre in Abingdon. Ruby’s essential point is that we ought to give ourselves a break. Our species is relatively new and we’ve spent the majority of our time on Earth evolving to very different circumstances. If human history were compressed to a single day, the era of civilisation would be a few seconds; modernity would pass in the blink of an eye.

In other words, we ought to learn to be a little kinder to ourselves. After all, “98% of our DNA is shared with great apes, 33% is with yeast and 22% is with bananas – we’re brothers with worms, so why do we think we’d be well adjusted?” To update Darwin’s phrase, we bear the stamp of our lowly origin, but that’s ok if we recognise it. Letting ourselves off the hook in this way is the first step to learning how to navigate our place in the world. As she writes, “Evolution did a fine job helping us to adapt to changes in the weather and the dodging of dinosaurs. Full points for helping us out with survival, but not so many for helping us figure out what we’re supposed to be doing here on planet Earth.”

There’s a relatively well-founded belief that modern technology and social media are responsible for a mental health crisis. But here again, she contextualises. “We keep forgetting that every civilisation started off with a really good idea and then got fucked because we don’t know how to adjust to change. I don’t know, maybe with Gutenberg and the printing press we were fucked too. You could say that this time is worse but you could say it was always thus.” Of her own technological addictions she admits, “I do Twitter because I fool myself I need the publicity and I get upset that I don’t have that many followers compared to Stephen Fry. So I’m human too, but I have to say, ‘Ok this envy is in my DNA.’ I’m still trying to figure it out, but we do have a choice.”

That choice is to put down the things that are stressing us out and practice techniques like mindfulness that can strengthen our brains’ ability to take a step back from our thoughts, to reassess and restructure. We seem to have lost this awareness of our own agency in life and Ruby’s adamant we can get it back with a little understanding. During the festive season, “the whole office thinks Christmas is bullshit and yet the music’s pumped in the whole time. People are rolling their eyes going, ‘Boy, we don’t like Christmas.’ Then why are you listening to it?”

At that point in our interview, a woman from another title phones in for Ruby’s next slot. She asks for ten more minutes and says she’s enjoying our conversation, which is nice of her, but my mind is frazzled. I brought this up with her when I met her after the show in Abingdon. I told her that it threw me right off my train of thought, that I suddenly felt a twinge of inadequacy. “Oh yeah,” she remembered, “then the guy from The Times fucked the next one too.” I might not be a confident interviewer I thought as I left, but at least I ring up when I’m meant to. 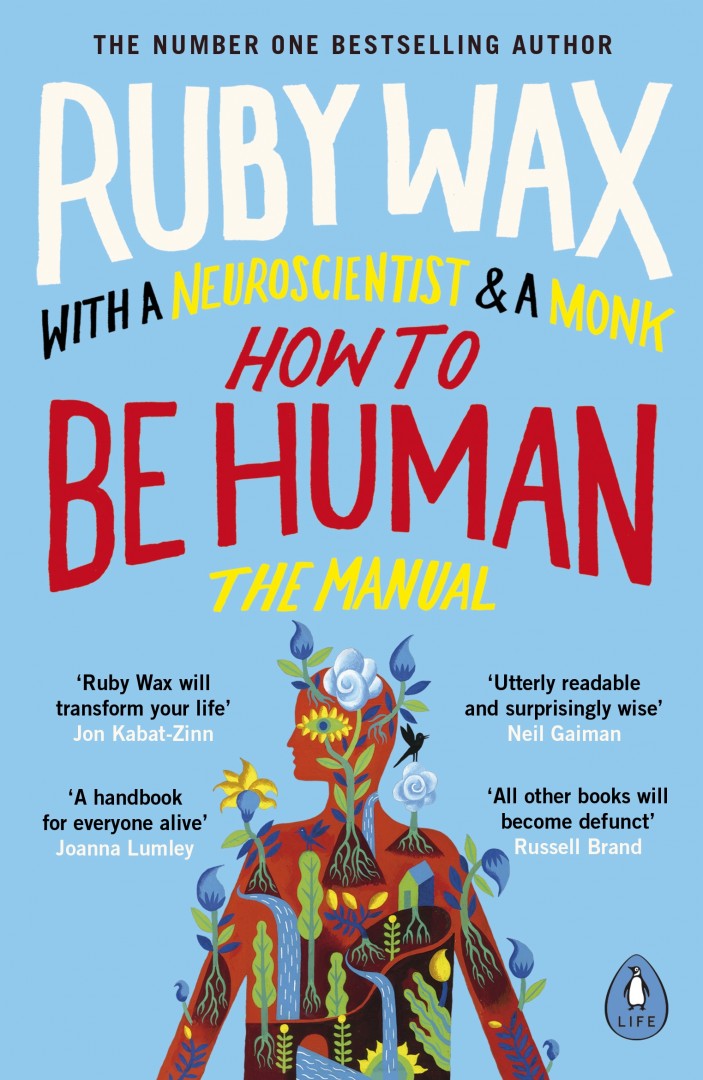