Anyone can do anything they just have to have the will

During Ramadan, Muslims fast during the day before convening at sunset for the fast-breaking meal, known as iftar. As well as fasting, it’s a time for self-reflection, humility and charity. It was during Ramadan in 2015 that Shabnam Sabir realised something. “You spend the whole day starving, but know that you’re going to eat a meal at the end of it. Also, with all this food we’re making, there’s so much waste. The month is all about trying to do good so I thought, ‘What can I do?’” She collected up the extra food, drove it into town and gave it out to some homeless people. “Their eyes lit up. I thought, ‘That was easy.’” 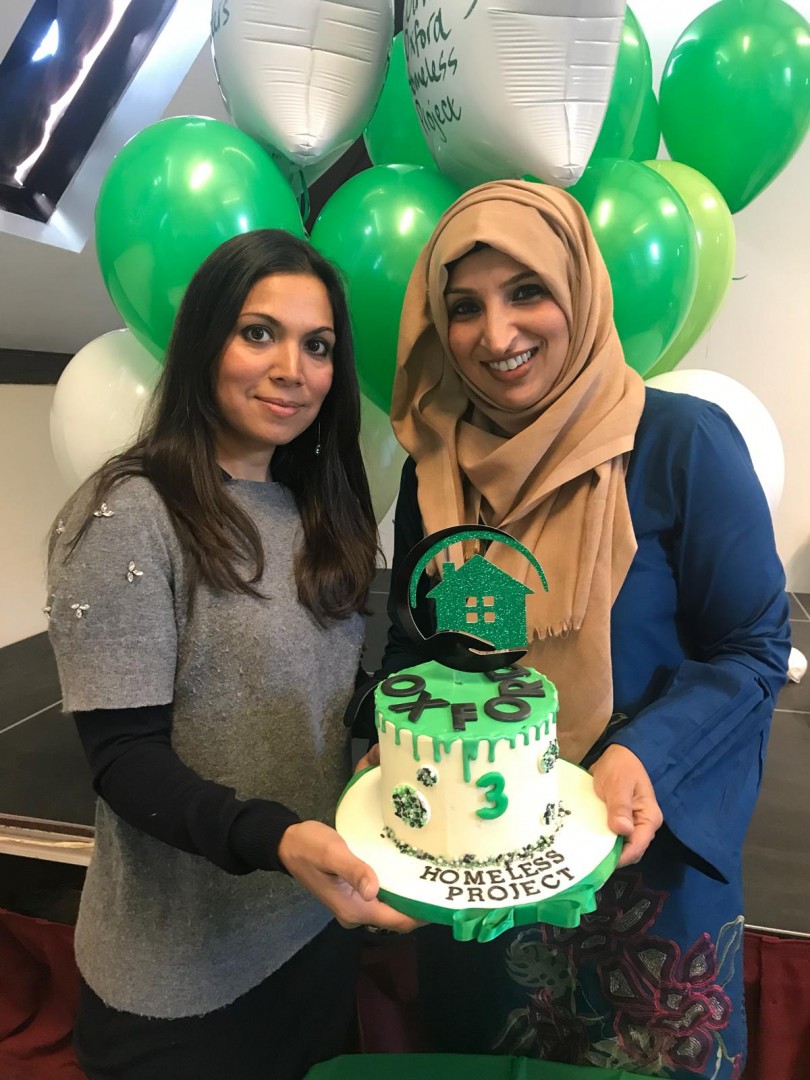 Shabnam went back the next day, and the day after that, for the whole month. She reached out to family and friends, to others in her community observing Ramadan. People started pitching in with whatever they could until “it just became routine.” Once it was over and the normal rhythms of life resumed, it didn’t feel right to stop. It began as a spur-of-the-moment gesture, grew into a nightly ritual, became a month-long commitment, and eventually evolved into the Oxford Homeless Project (OHP).

Fast-forward to the present day and Shabnam was named in the 2019 New Year’s Honours List. She has been awarded the British Empire Medal for ‘services to Homeless and Young People in Oxford’. She will go to Buckingham Palace in May to receive her medal and she’s taking her mum, who “loves the royal family, she absolutely adores them.”

Taking her mother to the Palace has an added layer of significance. In a sense it represents the end of a journey to cement her identity within competing currents. When Shabnam was younger, she didn’t always gel with the more conservative aspects of her Pakistani culture. Her desire to study geography was met with bemusement. Because of her gender “education wasn’t as important for me as it was for my brothers … my parents were like, ‘Geography? What for?’” She persisted unfazed. “I stuck my heels in and forced myself to go out and study.” With marriage, however, she describes “giving in … I did get married when I didn’t want to and it all went pear-shaped. I’m the oldest daughter so I’ve always had a responsibility of obedience to my parents; I wanted to make them happy. I didn’t want to go against them by not marrying the guy they wanted me to marry.” With hindsight, she tells me, they realise it was the wrong thing to do. Now, seeing the woman Shabnam has become, and the royal recognition her work has garnered, “Mum’s happy”.

Growing up above her parents’ fabric shop on the Cowley Road, Shabnam has noticed a generational change in how diversity is understood. “We’ve always been quite diverse in East Oxford but I think it’s more celebrated now than it was once upon a time. I think people are more engaging and more interactive; people make more of an effort to spend time with people of different cultures, backgrounds and ethnicities.” Cowley’s melting pot has always been the norm for Shabnam. Her parents’ business introduced her to “friends of all nationalities. They gave me the boost to think that maybe we need more of this, because it’s a really good thing.”

With this energy in her bones Shabnam has always been a fearless advocate for the vulnerable, marginalised and less fortunate in society. In establishing OHP, she mobilised her immediate community, but was never prescriptive with how the fortnightly lunch should work. “There’s no set routine. Anybody can offer one plate of food or a pot of food. They can come with a pack of crisps or they can buy something readymade. The point is that anyone can do anything; they just have to have the will to do it.”

Being someone that reaches out to empower different communities makes Shabnam as aware of division as she is of inclusion. I ask what the biggest misconceptions about homelessness are and her answer is resolute. “People don’t have compassion for them as human beings. They just see them as drug addicts and alcoholics.” Her point is that when we label people with provocative, reductive terms we allow our moral indignation to wane as the complexity of the issue is diluted to something like substance abuse – only one of a mosaic of factors affecting homeless people.

The same process occurs with refugees, another group Shabnam has worked with, as well as, she tells me, with Shamima Begum, whose plight dominated headlines the week we spoke. Regardless of your opinion of Shamima Begum it seems to me undeniable that as soon as the moniker of ‘ISIS bride’ was attached, the complexities of her story were obscured. In her 20 years of working with the most vulnerable young people in Oxford, Shabnam knows “how easy it is for a 15-year-old to be coerced and manipulated into anything. She was 15 when she left, so go back to when she was 12, 13, or 14 when she was brainwashed.”

Thinking around the labels is what generates compassion and understanding. Reaching out and talking to those branded as delinquents or addicts makes you realise the more complex and alarming reality, that “the average income in this country is low enough for it to only take a person to lose a job or have an argument or be evicted to be homeless. And why is that? Because that’s the situation the government has created.” In five years, 33 people have died on the streets of Oxfordshire.

Too often, diversity is claimed to be good a priori with no attention paid to tangible benefits wrought by its presence and encouragement. Talking to Shabnam, it becomes clear that each layer of her identity plays a part in the work she does. Born and bred in East Oxford, she has come to know that “we’ve all got the same emotions and feelings. We should all have compassion, irrespective of who we are, what our beliefs are or what our culture is.” Even now, her parents occasionally wonder aloud if she could “tone it down”. Instinctively, she replies, “If I don’t stand up for these people, who will?”

To find out more and to get involved visit oxfordhomelessproject.org.uk, or check out their Facebook page 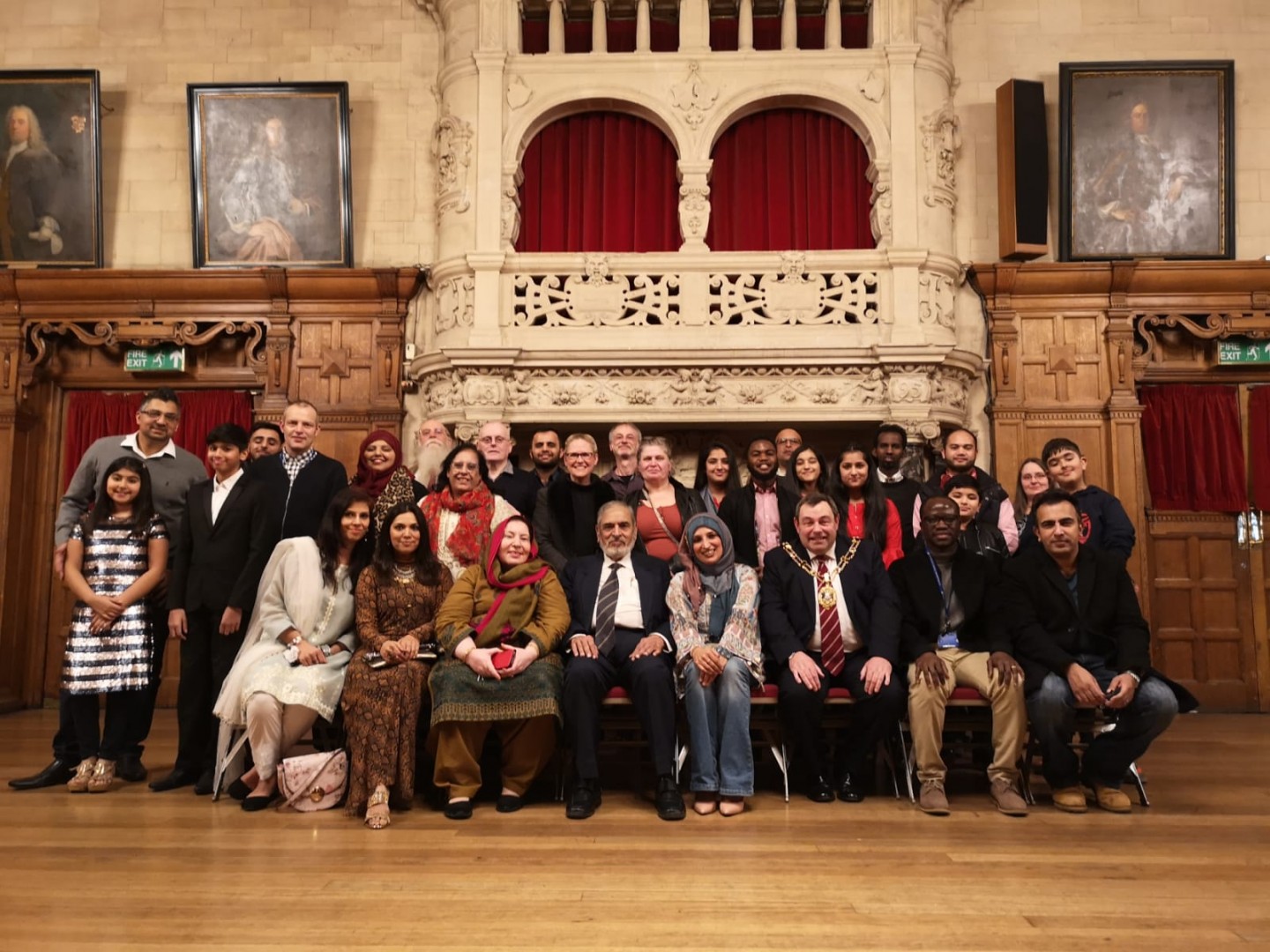 Whether intentionally or not, Christmas, New Year, and that weird bit in between, have adopted the same energy as that of the end of a really long day. I think we can all agree too, that 2021 gave off big Monday vibes. By that rule, January should hereby be referred to as the 6am of the year, and in my opinion it’s a right-off.