Reaching for the Sky

“If you are brave enough, you can go up the 50-meter observation tower, Supertree Observatory to see a spectacular view of Singapore across Marina Bay. ”

On the tip of the Malay Peninsular you will find an island half the size of Metropolitan London which is home to 5.6 million people and attracts around 19 million visitors each year. To accommodate so many people in such a small space, the city-state of Singapore, which has been known as the Garden City for many years has now evolved to a City in Nature as more environmentally green spaces are developed.

As soon as you arrive inside Changi Airport, you will be greeted by cascades of gloriously coloured Dendrobium Orchids all growing inside the terminal building. Head towards the main heart of the island and you will see numerous high-density housing developments, with those built after 2008 including mandatory planting using green roofs, cascading planting, and vertical gardens. These buildings are interspersed with parks, rivers and ponds which not only provide green spaces for the inhabitants but also act as a flood control mechanism. Over 3 million trees cover the island including a stand of virgin rainforest right at its core.

When Singapore became independent in 1965 it was a vastly different place than the modern, vibrant, clean city it has become, which has a reliable infrastructure and diversified economy. Heritage buildings such as Raffles Hotel, the Singapore Cricket Club and Duxton Hill (with its old shophouses) stand side by side with futuristic buildings, many constructed on reclaimed land. The area around Marina Bay is one such location and the innovative Gardens by the Bay, built on 250 acres of prime real estate, not only acts as a green lung to the city but also attracts millions of locals and visitors through its gates each year.

The attraction opened in 2012. Over the years it has expanded in size and has won numerous awards, both for its architecture and visitor experience. It has a 4.5-star review on Tripadvisor and is ranked as the third best attraction to visit on the island. 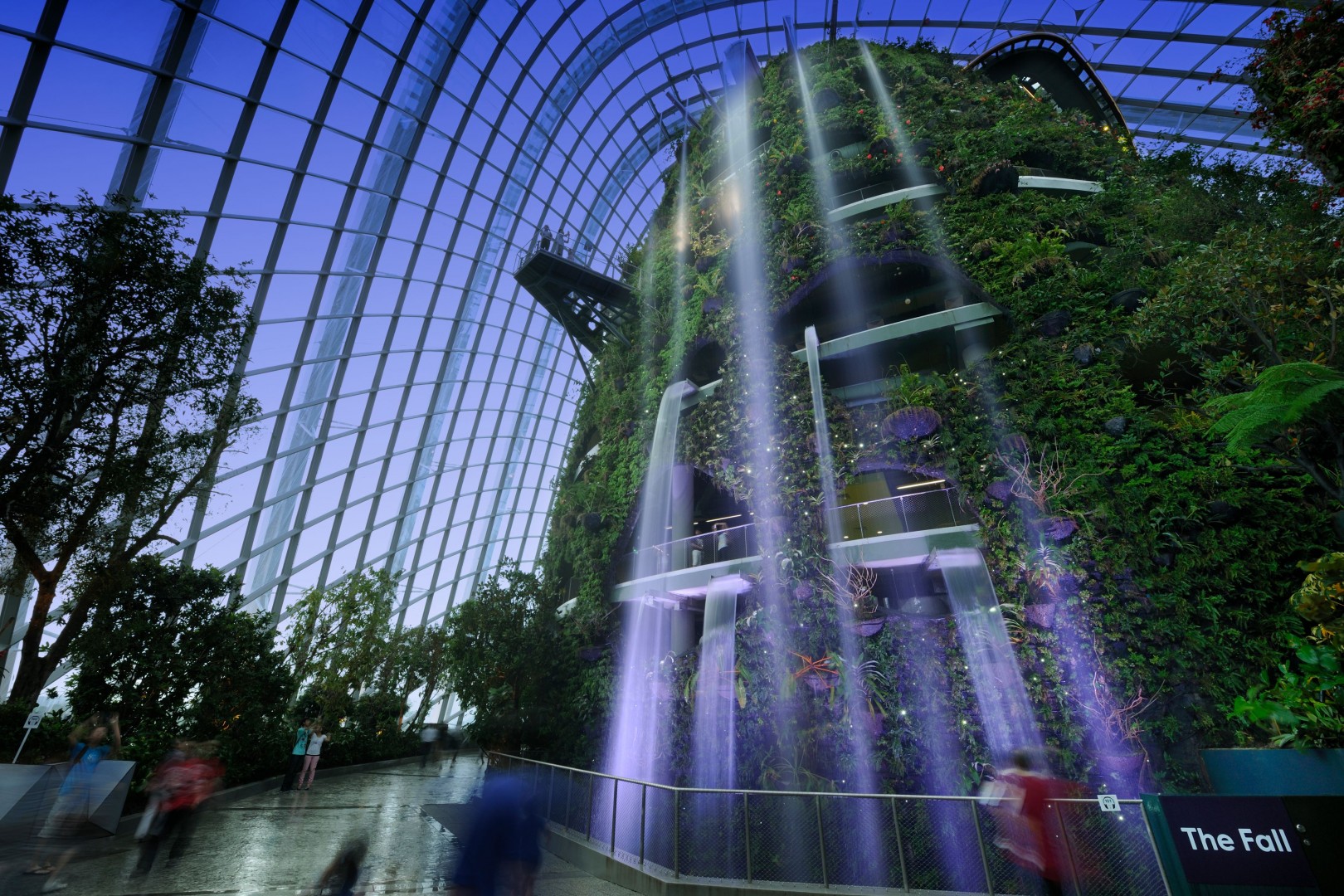 So, what makes Gardens by the Bay so special?

It is split into three zones: Bay South, Bay East and Bay Central. You will find two cooled conservatories: the Flower Dome and Cloud Forest in Bay South along with a separate, themed attraction in the climate-controlled Floral Fantasy. Each reveal a sight to behold. The amazing glass structure of the Flower Dome featured in the 2015 Guinness Records as the world’s largest glasshouse, having a huge unsupported glass roof which uses cutting edge technology to provide efficient energy.

The Flower Dome, with its cool-dry atmosphere, covers 2.96 acres and is home to 980 different species, with 28,000 plants and flowers on display, originating from the five continents. Enter the Cloud Forest next door and you experience a mist-filled landscape with a 30-meter waterfall structure veiled in mist, planted with lush vegetation, ferns, bromeliads, colourful orchids, and plants from tropical highland regions. An impressive walkway enables you to walk around the central mountain, granting the opportunity to experience the plants from above. A separate attraction, the Floral Fantasy, has been created combining history with interpretations of the Hanging Gardens of Babylon. Here you will experience cavernous spaces, dramatic driftwood sculptures and floral works of art. 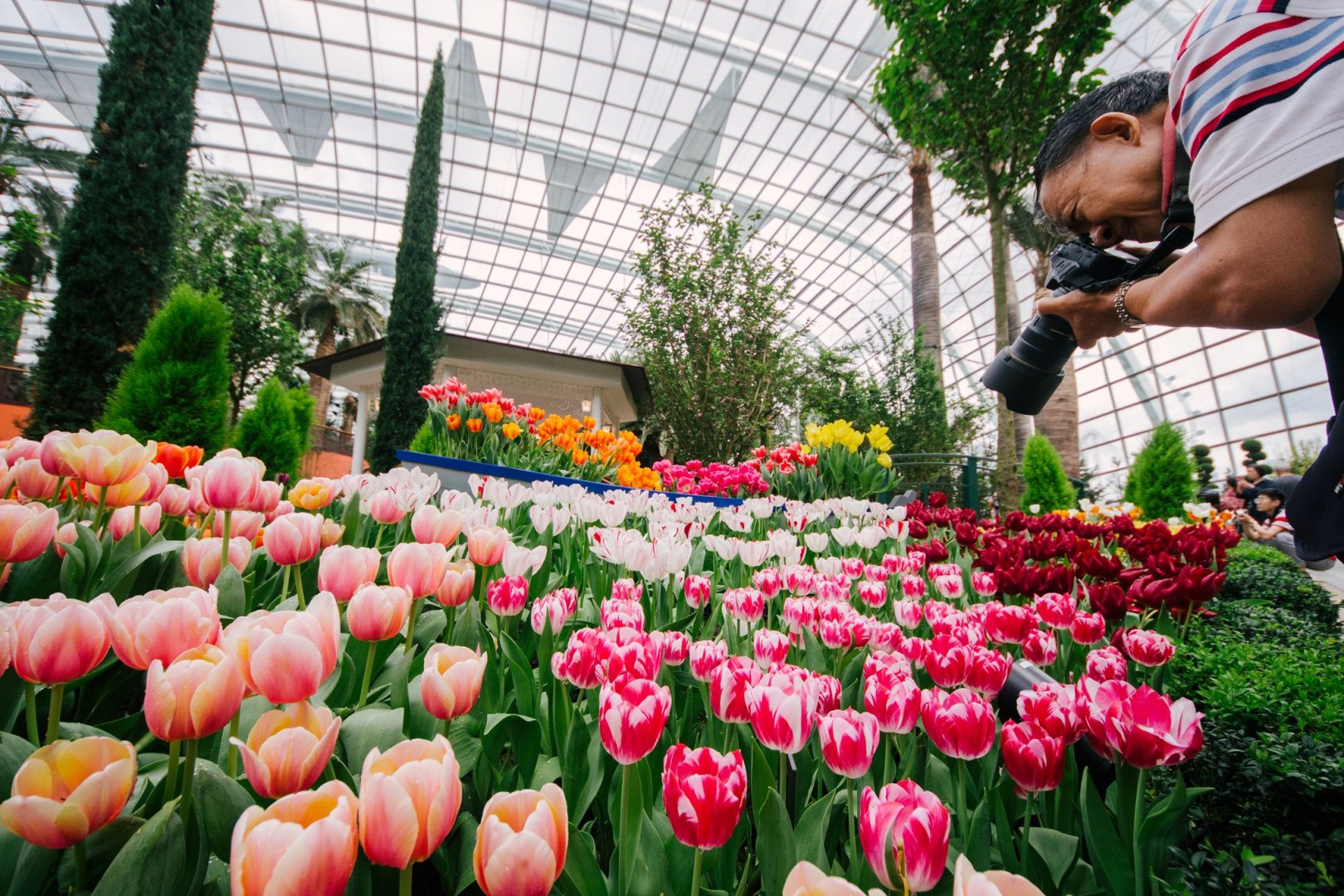 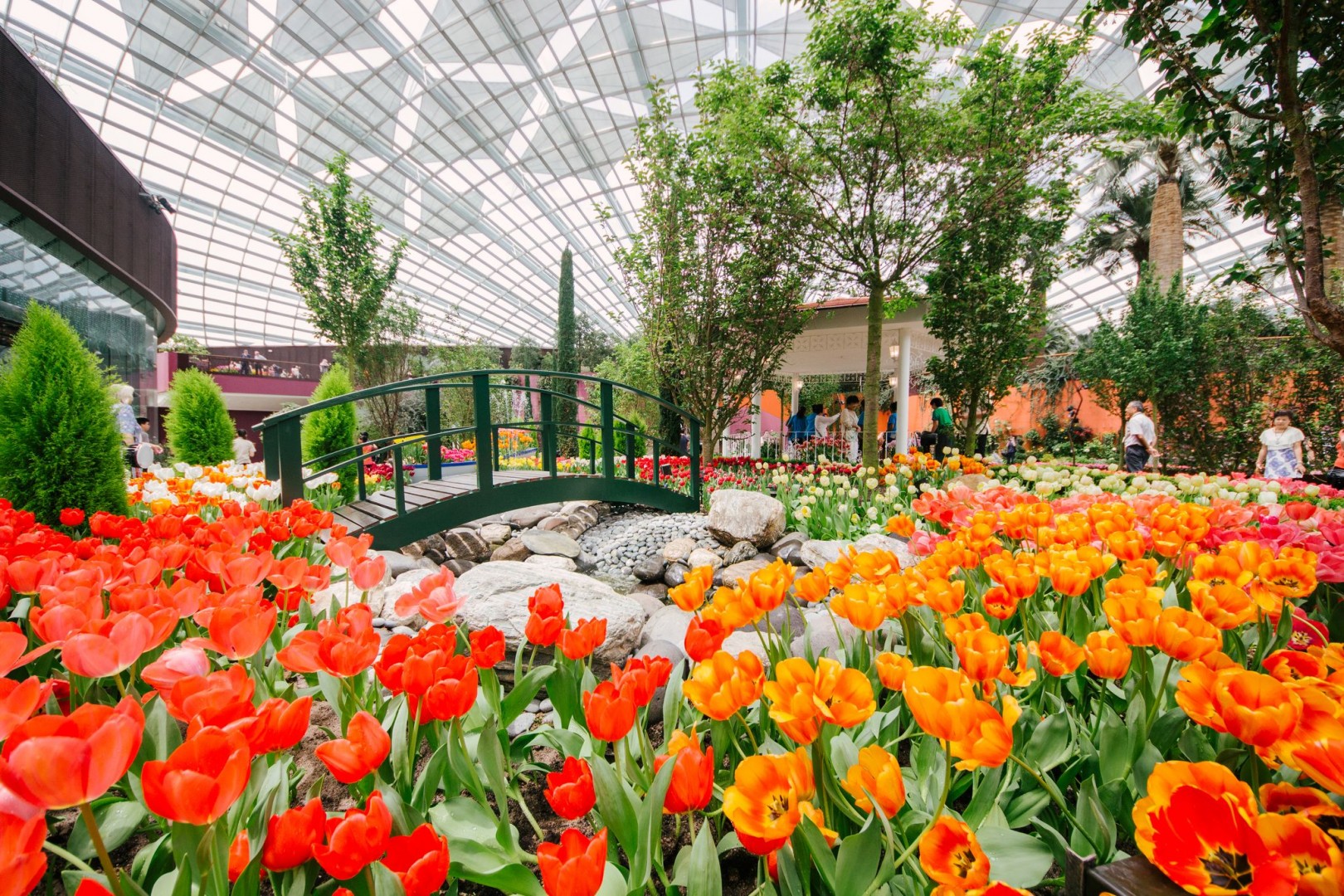 Beyond the domes, you enter the Supertree Grove where soaring 25 to 50-meter structures come alive as dusk falls. By day you see dramatic vertical gardens; by night, the trees come alive with lights as music from the Garden Rhapsody fills the air. If you are brave enough, you can go up the 50-meter observation tower, Supertree Observatory to see a spectacular view of Singapore across Marina Bay. Two of the Supertrees are connected by the dramatic 128-meter OCBC Skyway Arch. The Supertrees have also been designed to generate solar power and act as ventilating ducts for the conservatories.

Currently the Bay East Gardens offer an interim garden for the public to enjoy whilst there are plans for additional development of Bay East Garden and Bay Central Garden.

As Singaporeans love to eat, you are never far from a selection of delicious food when visiting the gardens. There is the romantic Pollen restaurant in the Flower Dome, the Supertree Food Hall, or Satay by the Bay.

It is recommended that you go prepared when visiting this attraction. During the day, whilst walking through the superb landscaped outdoor gardens, you will need sunblock and a bottle of water as the humidity levels can be challenging. However, when you enter the cooler domes, after a few minutes you will need a jacket or some form of warmer clothing. And don’t be in a hurry when you visit Gardens by the Bay as you need at least three hours to comfortably walk around to see everything the venue has to offer.

For further information, and to check on COVID-19 regulations regarding the opening times of the various areas and any attractions that are closed, visit gardensbythebay.com.sg

Images courtesy of Gardens by the Bay 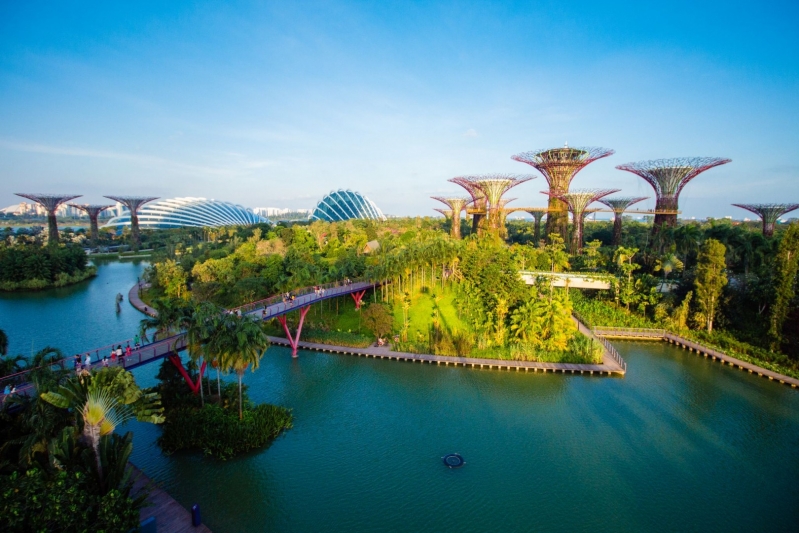 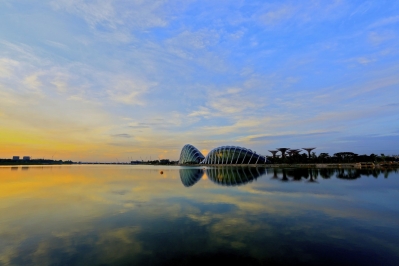