“I’ve never believed that music should just be free”

There’s a Gorilla in Your Living Room

As Paul Weller explains, in spite of all else happening out there in the world that has created many uncertainties, he feels fortunate and contented. Having turned 62 in May, it seems he is very much at ease with himself these days, some distance from the widely perceived image of the ‘angry young man’ of his early career fronting The Jam. “I don’t really celebrate birthdays, but my daughter shares mine, so it’s very much about her,” he gestures breezily, explaining that if anything, he’s enjoying songwriting more than ever, and is in a rich vein of creativity. 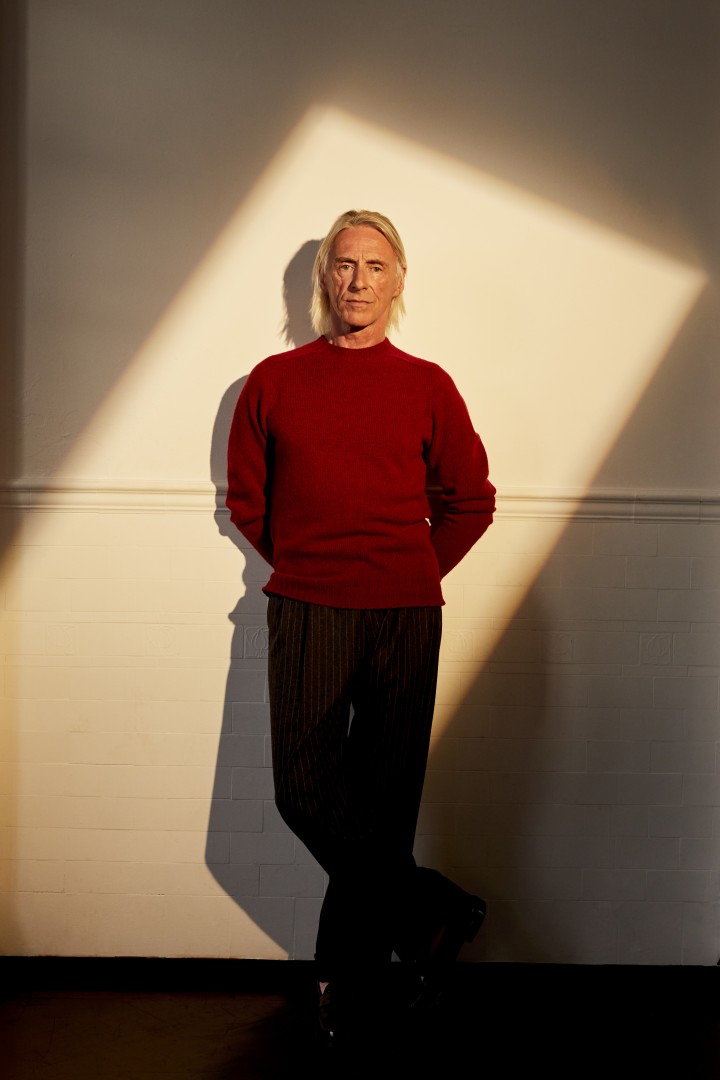 The ‘Modfather’ belongs in that most rare of categories: an artist who has successfully reinvented himself over the course of more than 40 years. He’s managed to walk the line between classic rock, punk and new wave, through to 60s soul that inspired the Style Council, and later balladry that has equally attracted critical acclaim and resonated with long-term fans.

While the unwelcome arrival of the coronavirus pandemic may have scratched out his latest round of UK gigs, he has instead been squirrelling himself away in his beloved Surrey studio, Black Barn, to lay down new material. “I’ve actually been very focused being at home these past few weeks, doing a lot of writing, as well as some more recording in the studio. To be honest, these days when I am not working, I am actually home quite a lot with my wife and kids as we’ve been home schooling. I haven’t really been bothered by the lockdown, other than having to queue for food or medicine,” he offers of the present situation that has placed the music industry, as much as the wider economy, largely on pause.

Beyond music, family is clearly a major priority, and he seems pleased at least two of his eight children – including daughter Leah – have shown real musical ability. He quips that “they sometimes patronise me” in a fashion only children can achieve with their parents. 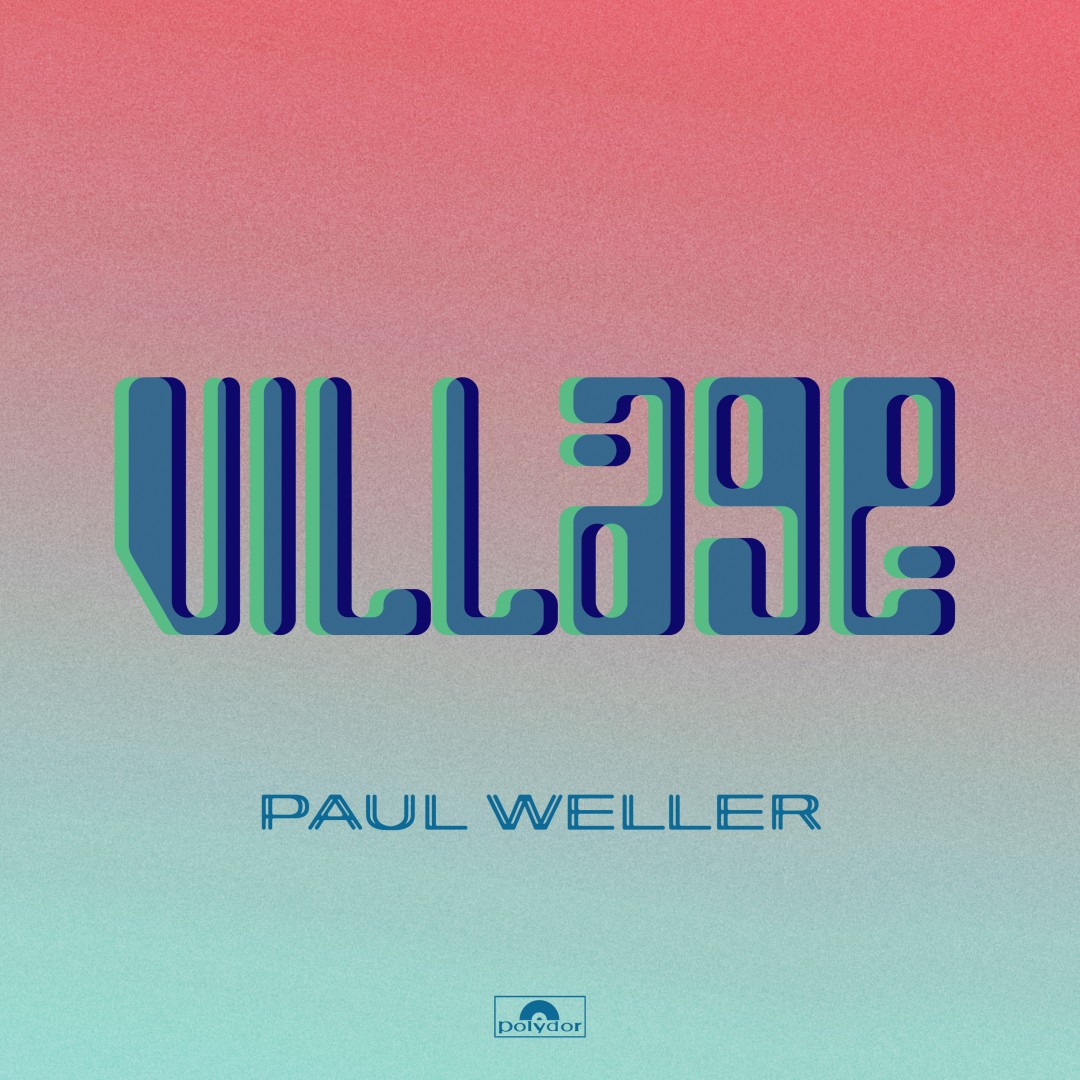 For his own part, he’s recently completed final production work on his latest album, On Sunset, which notably stands as his 15th solo recording. Lead single ‘Earth Beat’ offers a lush slice of soul pop, which is swiftly followed by ‘Village’, which neatly sums up its optimistic spirit that seems refreshingly relaxed amid these complex, challenging times.

It’s a consistent theme across a record that places centre stage some of the soul motifs belying his earliest musical influences. There are also touches of electronica and orchestral arrangements that reveal he’s keen to experiment musically when the mood takes him.

“I wouldn’t say making music has got any harder. I think I’m actually enjoying the process and the writing a lot more now than I ever did before in terms of recording. I have a great respect and appreciation for it,” says Weller, who coproduced the new album with long-term collaborator Jan ‘Stan’ Kybert, whose long list of credits include working with the likes of Oasis, The Verve and Massive Attack.

“I wanted to do an album that was soulful and also had an electronic edge to it. Most of the songs on it are quite uplifting, and to me it’s a sunshine record. With ‘Village’, like a lot of my songs, there’s a lot of me in there, so there’s a key idea, but then you make it broader to be about other people.”

His previous recordings have been noted for a careful sprinkling of notable guests down the years, and his latest follows in this pattern. There are appearances from his old friend Mick Talbot from Style Council days, Slade’s Jim Lea playing violin on the very 60s-influenced ‘Equanimity’, and several backing vocal tracks from indie outfit The Staves.

As for the album’s title track, he says ‘On Sunset’ was inspired by catching up with his eldest son in Los Angeles, which holds particularly strong memories for him as a teenager on his first tour of America.

“I was out near the Whisky a Go Go club in LA and hadn’t really walked that area of the city since I was 19. A huge amount of time has elapsed since then, so it’s a reflective song about that. It also became something else about being in a place in time looking for old friends and lovers and how everyone has moved on,” he says of the album’s core theme that offers a nostalgic glance over his shoulder.

Connecting with pieces of the past clearly informed his choice of record label, Polydor, for which he had gained an initial flush of success alongside Bruce Foxton and Rick Buckler as fresh faces recording with The Jam.

“We approached Polydor as we really liked what they have been doing lately and they have some great acts. It’s a very different world there now though. It was a little weird this time as everyone was at least 20 years younger than me, whereas when I was there before, it was the other way around and it felt that there were a lot of old men running around telling me what to do!”

Discussing yesteryear brings us on to the subject of another key anniversary in 2020. It’s now been 25 years since Weller released Stanley Road, perhaps his most autobiographical recording to date, named after the Woking street in which he grew up. The seminal album contains some of his most cherished solo material, including tracks such as ‘The Changingman’, ‘Broken Stones’ and ‘You Do Something To Me’.

“I can’t believe it’s 25 years old, but I still think it’s a great record that stands up now. It showed the progress made since that first solo album. It was just a really creative time for me and I’ve some really fond memories of that period.”

As well as his strong attention to sartorial detail as befitting anyone from the mod revival scene, Weller has been noted for his passion for seeking out new music and offering assistance to likeminded acts. He’s still passionate about touring, and says his regular touring band, including Ocean Colour Scene’s Steve Cradock, are “chomping at the bit” to get back out on the road. However, they’re still at the mercy of conditions as to whether their autumn tour will be permitted.

As he notes, the present musical landscape is a very different one from his youth, but what has changed the most? “Where do I start? Well, streaming for one, that has changed everything. Someone told me the other day that a band had a number one with 7,000 sales. But streaming is where it’s at; it’s not something that you can ignore. I could have a mini moan about things like that, but I don’t want to sound like a grumpy old git. I think the main reason I haven’t liked it is that people are not getting paid out of it, particularly up-and-coming bands, meaning it’s getting hard for them to make a living now.

“I’ve never believed that music should just be free as some people do. So it’s good to see that vinyl is still out there even if it’s not in great numbers, and I’m going to be releasing my album on cassette as well,” he adds, then signalling it’s time to get back to business in the recording studio, highlighting that he’s lost none of the drive to keep pushing himself after more than four memorable decades in the industry.

On Sunset is out 3 July on Polydor Records

Taking place on Saturday 4th and Sunday 5th September 2021, Wellnergy is the UK’s first ‘theme park for wellness’, designed to enhance the mind, body and soul.

KEEP CALM AND CARRY ON PLAYWRITING

This Autumn – after a Zoom-hiatus – Olivier award-winning writer and director John Retallack’s exemplary Playwriting Courses are back at Vincent’s Club in central Oxford.