“Oxford is very much a place of the imagination ”

In the 1990s writer and publisher Tony Morris ran the world’s largest History list at Oxford University Press. A decade ago, after setting up a book business in London, he moved back to Oxford only to be struck anew by its richness and fascination – and the unique place it holds in Britain’s history:

‘It was a wall plaque in Beaumont Street that did it. I remember pulling back the foliage and reading with amazement that King John and Richard the Lionheart had both been born just a few feet away from the very spot where I was standing. Then someone in a pub told me a story about the Empress Matilda escaping from Oxford Castle on a snowy winter’s night, dressed from head to toe in white. Then I found out that the first ever hot air balloon flight in England had taken place in an Oxfordshire field close by… The longer I’ve lived in Oxford the more I’ve discovered; and the more I’ve discovered the more it seems that nearly every event of national significance has found dramatic expression in our remarkable city.”

Tony was inspired to create the website www.morrisoxford.co.uk as a place to share his findings. Over 1,500 subscribers (sign-up is free) receive a monthly newsletter with a story about some intriguing aspect of the city. Out of these stories grew The Morris Oxford Mini-History of Oxford, which was published recently by Port Meadow Press. It’s a highly readable, pocket-sized guide to Oxford’s incredible history, and Tony’s enthusiasm for his subject is deliciously contagious. 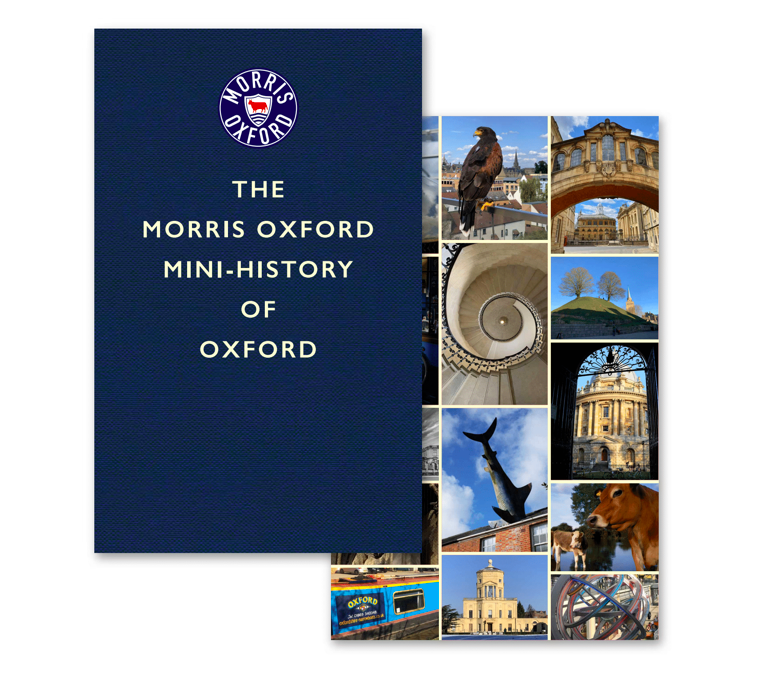 We are thrilled to have persuaded him to write for our ‘staycation-special’ July issue and hope you will be surprised, charmed and intrigued by this whistle-stop guide to a place which is much more than the ‘dreaming spires’.

Oxford is a place where so many momentous events have occurred. It’s also a place of paradoxes. Despite its reputation as an ancient site of historic interest it is in fact a very young town. Because of the student presence almost a third of the population is aged under 25. Year in and year out, a refreshing tide of potential, intelligence, energy and idealism sweeps through the city.

This vibrancy, openness and internationalism co-habits alongside some very traditional and parochial (not to say crusty) institutions and approaches. Some of Oxford’s denizens have lived here for generations: perhaps they studied here in their distant youth and never left, or have come back to spend their more mature years here. Others are the descendants of people who moved here to get jobs in the once thriving car or brewing industries, or to work in one of the many colleges which make up the ancient University. Others have migrated more recently to set up small businesses, join the high-tech revolution or send their children to one its many excellent schools. There are those, too, who come to Oxford because they are homeless and find its streets less uncongenial than those of other towns. It all makes for a very rich mix.

In thinking about the way history flows through Oxford, I have also come to discover more about the way in which the story of Oxford weaves its way into the history of Britain. We all know that our island history is dominated by the fortunes of London. But I think it could well be argued that the second most significant town is situated 50 miles to the west and with a population 100 times smaller. Oxford is a truly remarkable place in terms of the contribution it has made to national and international life.

Think of the number of Nobel Laureates who have studied here (69 at the latest count, not counting visiting researchers). To take just three examples from the realm of science: Tim Berners-Lee, the inventor of the Internet, was an undergraduate at The Queens College. Dorothy Hodgkin, the only British woman scientist to win the Nobel prize, was a Fellow here for many years at Somerville (where she taught Margaret Thatcher, one of 28 Oxford-educated Prime Ministers). It is estimated that some 20 million lives were saved as a result of the research of Howard Florey and his penicillin team in the South Parks Road laboratory. And that’s before we start officially commemorating the work carried out during the pandemic by the University’s Jenner Institute and the Oxford Vaccine Group …

When it comes to popular authors where do you start? JRR Tolkien, CS Lewis, Lewis Carroll, Philip Pullman…Or crime writers Colin Dexter, Dorothy L Sayers, P D James… Or novelists Barbara Trapido, Ian McEwan, Mark Haddon. Oxford is very much a place of the imagination. (I have a theory that King Arthur was born here – but that’s a whole other story!) 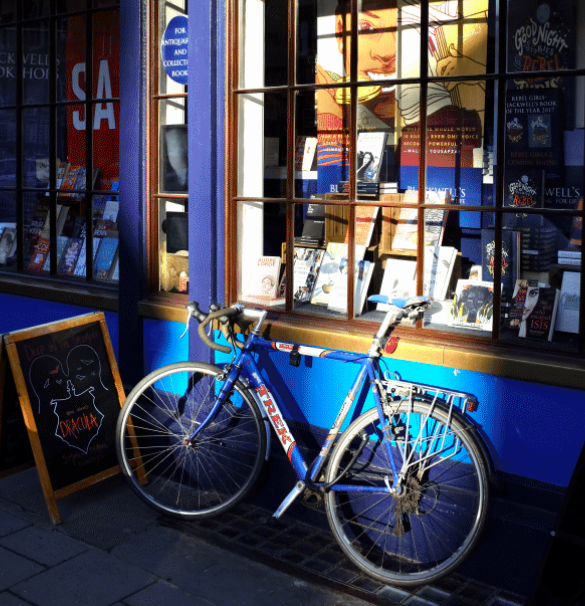 Then there’s mechanical Oxford. Its canal became, for a brief period in the 19th century, one of the most important industrial arteries in the country. In the 20th century our city was the home of UK motor manufacturing, whose technology has surely had the greatest physical and psychological impact on the modern world. As to the future, Oxford is one of the UK’s top science and technology hubs – a major centre for innovation. Tucked away in one of the business parks, Oxbotica has been leading research into autonomous vehicle software realising the once futuristic dream of driverless cars. (Happily, the bicycle still remains most Oxfordians’ transport of choice.)

There are so many ways in which Oxford has contributed to national life. Extraordinarily, once you start to delve back into history, you realise that it has always been thus – right back to Saxon days, when the town’s distinctive street pattern was laid out for the first time by Edward, son of King Alfred the Great. And maybe even before that. A few years ago, archaeologists discovered a vast monument – nearly twice the diameter of Stonehenge – at the confluence of the Banbury and Woodstock Roads – not far from the famous Eagle and Child pub where the Inklings, including Tolkien and Lewis, would meet to chat about their latest stories.

My hunch is that Oxford has been an important place since the very beginning of human history – because of its topography, its geology, its relationship to the River Thames – and of course its people. There’s a sense in which we are all visitors here, and all its beneficiaries. 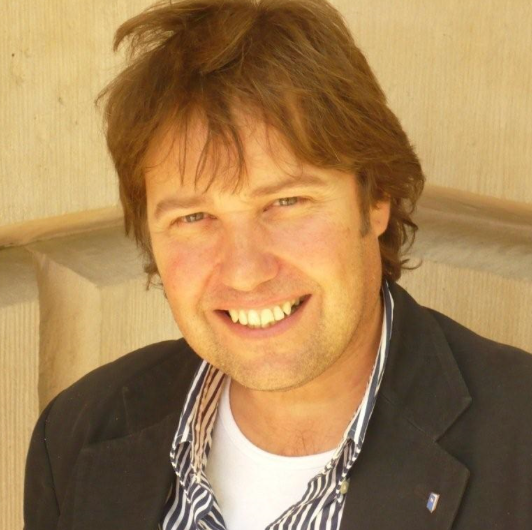 To find out more go to: morrisoxford.co.uk

The Morris Oxford Mini-History of Oxford is available online

or at Daunt Books, Blackwell’s and the Woodstock Bookshop.