“Are we disturbing you?” Claire Dale asks somebody sat nearby, in light of their reactions to the interview I’m conducting with her and Patricia Peyton, at Oxford Martin School where they’ve just given a talk as part of Oxford Literary Festival. The person says they’re not disturbed, but opines they’ve been hearing something “unnecessarily complicated”.

“Were you in our talk just now?” asks Dale.

“Oh, ok,” pitches in her colleague. “We’re just doing a little interview off the back of our talk.”

“What was your talk about?”

On being told, they question what constitutes ‘physical intelligence’.

Peyton resorts back to what she’s already said in the talk, and minutes before to me. “Right now there are hundreds of chemicals racing through each of our bodies, in our bloodstreams – naturally occurring chemicals. Those chemicals dictate how we think, feel, speak and behave. Most of us operate largely at the mercy of those chemicals, experiencing reactions, thoughts and emotions, without realising that we can actively manage them; we can strategically influence the balance of them so we can achieve more, stress less and live more happily.” Most of us, she says, are unaware that if we breathe, move, think and communicate a certain way, we can handle the balance of key chemicals in our bodies.

“I am suitably astonished that people don’t know that,” they say, “but if more people know it now, that’s absolutely fine. Sorry, do please carry on.”

I actually had been in the talk, which followed the release of Dale and Peyton’s book of the same title, published almost 20 years after Daniel Goleman’s Emotional Intelligence. The latter is about being aware of, controlling and expressing emotion, whereas physical intelligence apparently empowers you to transform it. This can’t be done without moving the body, states Dale, a former choreographer. “Emotions are strands of neuropeptides, chemicals that have a positive or negative charge, and negative emotions get lodged in the body if we don’t move.”

Both directors of Companies in Motion, which offers physical intelligence coaching and leadership training to companies, their book features more than 80 techniques designed to assist people from all walks of life in today’s stress-inducing world. “There are people around with levels of cortisol that are too high at the moment,” says Dale, “mainly because of this constant adrenaline stream of being connected to technology. I think technology is a wonderful thing, but it does mean that we’re plugged in all the time.”

There’s an “expectation you’ll be available 24/7 to many employers”, her co-author says, pointing out that more progressive employers don’t want you constantly checking your email, “but they’re the exception rather than the rule. So, the technology distractions and demands, as well as the changes driven by technology, are creating unprecedented stress levels.”

One technique, practiced by audience members during their lit fest presentation, is called ‘Finding Your I’, where you imagine fitting a capital letter ‘I’ in your body in a bid to strengthen your physical stance in situations like networking where you might feel uneasy. It’s a technique Dale would use back when she was dancing on nights she knew the critics were in, and one the pair adopt before heading out onstage at events.

Peyton, with over 30 years working with Fortune 100 and FTSE 100 organisations, speaks of how she was using physical intelligence methods for some time before electing to train others with them, specifically when answerable to a woman accustomed to screaming at employees. “I used it as a way to cope with that because I didn’t want to leave – I enjoyed the work, that behaviour aside, and was learning a lot. I went on to become the chief design officer in that organisation, and credit these techniques for giving me the ability to remain sane and productive in that environment.”

A look through the book gives you a handful of things you can do in very little time, “like smiling at yourself in the mirror,” she says, “that’s super quick to boost the serotonin.” There’s yoga-like twisting you can do at your desk, paced breathing, ways of walking. “If you can get the posture and the paced breathing down, that gives you a foundation – so many of the other techniques build off of those two, so starting there would be our recommendation.” 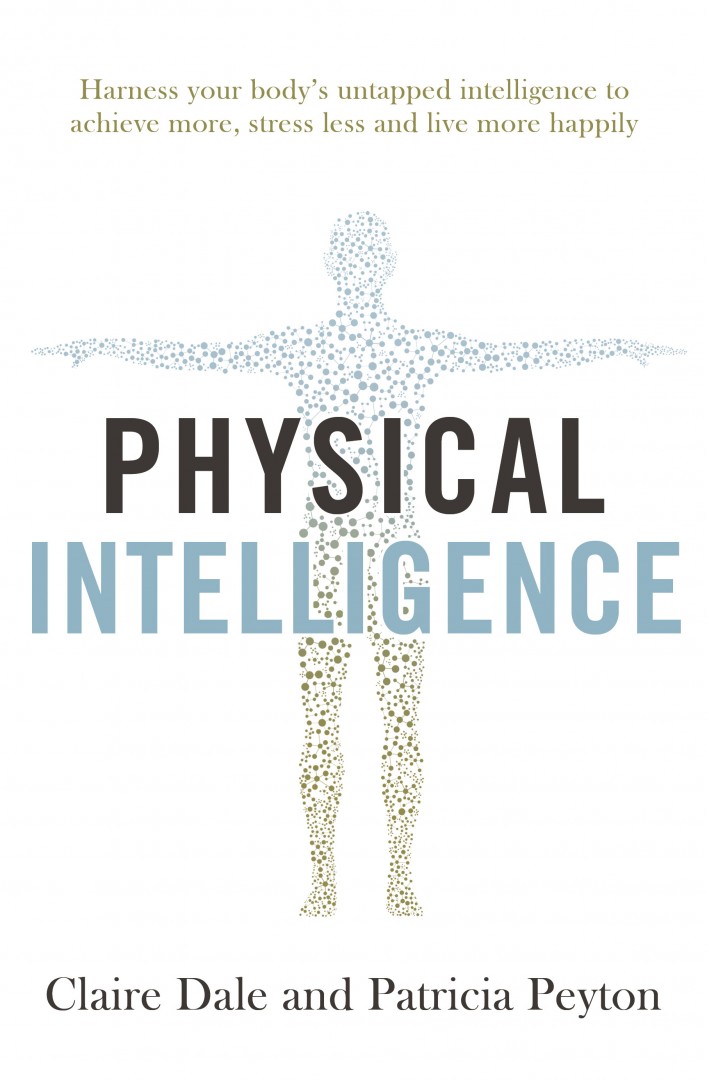 Having gathered Physical Intelligence also cites sleeping naked as a way of reducing stress levels, I ask them to expand. Sleeping close and nude with someone you like or love, explains Dale, really ups your oxytocin levels. Oxytocin is also released when you shake someone’s hand, make eye contact with somebody, or when she and I hugged upon meeting each other. An increase in these levels “reduces our stress chemicals because it tells us we’re socially bonded to other people”. She identifies that as key in regards to resilience, one of the four elements (alongside strength, flexibility and endurance) at the heart of physical intelligence training – “We can’t survive alone, we’re social animals.”

I’m too embarrassed to admit I’ve not fully dissected that part of the book and have been pointlessly sleeping naked alone in an attempt to dilute my stress, but I am prepared to ask whether they’d been at all nervous about bringing their subject matter to a city of academia. “It’s got theoretical underpinning,” she says, assuring that both of them are well-read in the neuroscience informing what they preach. “I’m not saying we understand it all – we aren’t academics, we’re practitioners – but we’re perfectly smart enough to know what we’re doing.”

“We have great belief in what we’re teaching,” says Peyton, “because it is all supported. And while we didn’t conduct the research, we can connect it to what we’re teaching without a doubt. If you want to challenge us academically, bring it on.”

I’ve no wish to challenge, academically or otherwise. I’d already been caught in something of a crossfire – that was stressful enough.