Rationale in the Ridiculous

“I was willing to pay £8 for a glass of wine in London,” she continues. “Not happily, don't get me wrong, but AS soon AS that happens, you sort of go: 'Ah: I guess I'm middle-class.'”

The Most Hotly-Anticipated Films of 2019

“If you can hear what you think sounds like a baby crying,” Suzi Ruffell warns down the phone from her east London flat, “it’s actually my cat – in case you think I’m ignoring a child.” Later I take it upon myself to explain any animalistic din she might hear from the OX office. “Oh my gosh,” she says, “you have a work greyhound?” We do. “Of course, why not?”

I begin our pet noises war/interview by telling the stand-up that January’s mag is our Optimism Issue, and asking if she would consider herself an optimist. “I definitely would.” It takes “talent, hard work and dedication” to be a professional comic, she says, but you need luck as well. “So for me, yes, I have to be an optimist to have a go at this career.”

Though of this mindset, Ruffell’s new show Nocturnal is about her anxieties and concerns. What does she worry about? “A range of things. Everything from social faux pas to bigger things in the world like global warming or the US midterms.” She has “huge worries” and “really silly” ones about whether she’s locked the car or turned off the straighteners. Her more trivial ones we agree are not irrational, “I’d say there’s rationale within my ridiculous worries.””¯

She’s combatting all this by talking about it onstage. “Comedy is cheaper than therapy.” She describes the point in the night when she wakes up thinking about all manner of things as her “3am press conference. It's like all the voices in my head meet up to have a chat and they're all very worried.” Audience members have told her after shows that they have these conferences too, and that they’re pleased to not be alone in this. “I always talk about whatever's going on in my life. I've done shows about my working-class roots, becoming middle-class, and having my heart broken. There's never really been anything that's off the table onstage, because it's sort of an extension of what I talk about with my friends. I guess it's a bit of confessional comedy, I”¯like”¯opening up, and it’s those things that link us as people.”

I remember a particular seminar that took place during my degree, in which a tutor said that people from working-class backgrounds become middle-class just by going to university – “I’m fucking not,” Josiah from Leeds piped up. Ruffell left her mum (a factory worker), her dad (a lorry driver) and her hometown of Portsmouth at the age of 16, to attend drama school in the capital. Her life would then fluctuate between Portsmouth and London for some time, but she’s more or less lived in the latter for the past ten years. Her being able “to begin a new life somewhere else” is perhaps what made her middle-class. “I was willing to pay £8 for a glass of wine in London,” she continues. “Not happily, don't get me wrong, but as soon as that happens, you sort of go: 'Ah… I guess I'm middle-class.' ” It wasn’t an ambition of hers to fall under such a category, but “things change, your surroundings change, and the question is whether that changes your class.”

Returning to nothing in her life being off-limits for stand-up, I ask if she was open about being gay in her act from day one. “Pretty much, it was never really something I hid, it's part of who I am – I would never want to hide it.” Growing up, she doesn’t really remember any gay women in “the media, television, showbiz or whatever you want to call it”. So when she set out in comedy, she didn’t want to be a spokesperson or role model (“god, no”), but did want to be a gay female presence – “That’s always been really important to me.”

This year she hopes for “more peace and harmony within the world” and “less plastic in the sea”; for “us to do something about our carbon footprint” and for “some better music” (she was “briefly delighted” upon hearing of the Spice Girls reunion, “then they sort of went back on girl power and started talking about ‘people power’. I was like, ‘Girls… no.’”). Insofar as work goes, there’s of course the Nocturnal tour, she’s speaking to me a couple of days after appearing on Comedy Central, and she’s on the next Live at the Apollo series. Television appearances could help her reach new people, “who will hopefully like my stuff and then come along to tour-shows – stand-up’s always that little bit more exciting live”.

Her vocation scared her at first, and still does on occasions. “To begin with I was absolutely nervous all the time,” she says, thinking back to when she had to pull over on the motorway en route to a gig because she felt like she was about to start shaking. “Then it becomes something you get a bit more used to. I'm sure the first time you had something published you were really nervous, but then you just get used to that being what you do.”

I’m actually still waiting for that time to come. But I’m sure it will (I’m an optimist too). 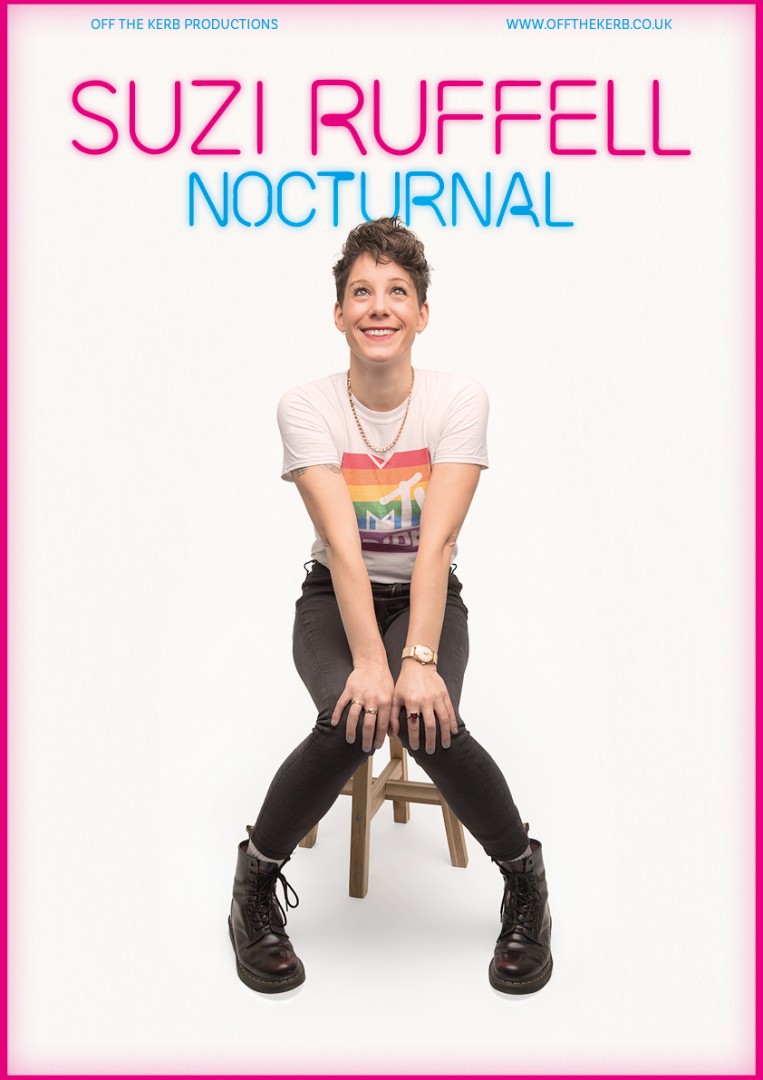