Spiders are not the most loved creatures in the world. I get it, they can be deadly, creepy and at times just downright ugly but when I saw a picture of Britain’s rarest spider – the ladybird spider – I felt a desperate need to help arachnids everywhere with a bit of a re-branding exercise.

Being Australian I have a fairly keen understanding of the space a spider requires – we had red backs in the garden and the much less venomous but more large, hairy, scream-inducing Huntsman in the house (I actually had a Huntsman resident in my bedroom for nearly a year! It felt more like a pet!). You grow up knowing that if you leave them be, they will steer well clear of you so there isn’t really a problem. There are lots of good reasons to get beyond the fear and actually appreciate spiders too! Here are a few good reasons why you should try to feel the spider-love.

Spiders are predators, in fact they are the largest, most diverse group of predators in the world. Spiders keep the global insect population down with the flick of a spinneret. So those pesky mosquitoes and lots of other annoying insects are kept at bay thanks to the humble spider. Scientists believe that if all the spiders died tonight we would loose most of our major crops within a day or two and numbers of people infected with disease would soar. In short we would probably die of starvation or disease in a similar fate to the dinosaurs.

Scientists have discovered about 40,000 species of spider so far with a estimated 40,000 more as yet undiscovered species. Only a tiny fraction of these are dangerous to humans and most of the rest are eye-catchingly beautiful! Take the ladybird spider (above) – as the name suggests its’ rear-end looks just like a ladybird! It’s small and lives among the heath in Dorset. It is so rare that there are only 8 known colonies in all of the UK so if you see one be sure to let someone know. Taking first prize for beauty is the magnificent peacock spider. Coming in a range of spectacular colours this tiny arachnid flaunts its Picasso-painted behind to potential lovers in a mating ritual rivalled only by that displayed at Oxford’s Plush nightclub on a Saturday night.

While we are on the subject of beauty we have to talk about the web. Stronger than steel and, with a glistening drop of morning dew, possibly the most beautiful architecture seen in the natural world. Granted, they aren’t so nice when you accidentally walk through one, but a spider’s web must be admired for their cleverness. Think of all the mosquitos that haven’t bitten you because they have been trapped in one of these babies. 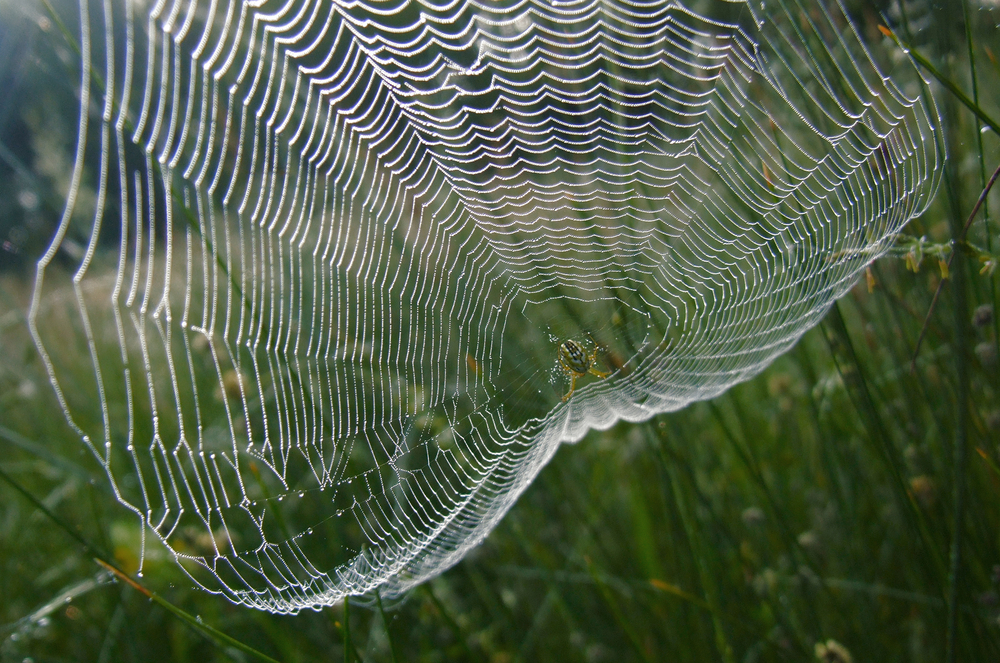 So next time you “eek” and reach for your nearest rolled-up OX Magazine, remember to give the little dude a break - you are less likely to die from a spider bite than from a coconut falling on your head!