The House Inspector: Giving You The Peace Of Mind

“ I also really want to make people understand that having an independent snagging inspection service is paramount for new build homes and peace of mind. ”

When you’ve just moved into a new home, the last thing you’ll be thinking about is checking for any defects – that’s where a snagging inspector comes in. Here, we speak to Peter Reynolds from The House Inspector who tells us all about the meticulous process of snagging, and why you should choose an independent snagging inspector for your new home.

Can you tell us about your organisation and what you provide?

We're an independent housing inspection service. We don't have an affiliation with any other developers so we are completely independent and do it solely for new homeowners. We go to the new home to thoroughly inspect every area – both internally and externally – for any defective work, materials, fixtures and fittings that are not up to standard. This is then formulated into a detailed report with every item containing a photo of the defect, an explanation of what it is and, if necessary, we put a suggestion down for the necessary work.

Can you talk me through your process from booking to completion?

I get an enquiry, and I then direct clients to the website or explain the processes over the phone. From that booking point, I ask for all their details and confirm the cost of the inspection. Depending on distance, I generally try to get to people’s homes by approximately 9am because the snagging process usually takes 5-6 hours, so it’s a full day. I always contact them the day before to make sure we're still okay to carry out the inspection.

When I return to the office I formulate the report which I aim to send that out the same day, but if not, the worst-case scenario is they will receive it the next day in a PDF format. They then pass it on to the developer for their comment and action. If a customer wants me to deal with the developer afterwards I also offer that service though, to date, I’ve never needed to because my reports are always thorough and concise. The turnaround is always very quick, I give an overview as well to expand on anything more major so that the client has more knowledge and can be prepared when dealing with the developer. 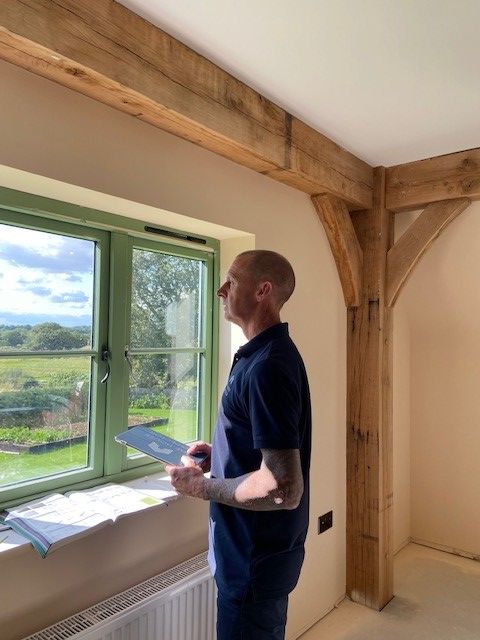 When did you first start The House Inspector?

I started in 2019 but it wasn't the right time at that point for me. In 2020 I got made redundant [from my previous full time job] due to the pandemic, so I relaunched The House Inspector in July of that year.

What would you say is the most common snag you come across?

It depends on the site team on each development, but if I'm pushed I would say that the areas behind the toilet pans and below the sinks often seem to be left in a poor state.

Do you think that's because they’re not on show and so they get left?

Yes, there are a lot of areas which, because they’re not on show, are often neglected. For example, I remove the plinths in the kitchen to have a look under the units and invariably there’s just a load of rubbish under there and things are not finished off properly. It’s the things out of sight where you have to dig a bit deeper to uncover and find the stuff that’s potentially going to cost the owner money in the long run.

How many defects do you usually find per property?

It varies greatly but for example, in a four bedroom house the average is a hundred snags, but I’ve gone into one and found over 300, though that isn't typical. Broken down into areas and rooms, finding a hundred snags is the standard for a new build home

What would you say it is that sets your organisation apart from the rest?

I can’t speak for other people, but from our reviews and feedback, it’s the service and communication which people seem to comment on the most. We communicate very well and explain ourselves in an easy format for the customer to follow. Everyone is always pleased with the thoroughness and the clear and concise nature of the reports. Although I have to meticulously inspect the house, you also have to understand that the customer’s home so I want to make them feel at ease. I would say the honesty and professionalism really come across as our best features.

Do you think that the experience you have in building has been integral in helping you in this line of work?

Massively yes. I come from a trade background, spent a lot of years working for myself and then spent 22 years as a Senior Site Manager in a tier-one construction company. I feel being on both sides of the fence and understanding all the processes and demands that come as a site manager and site team also allows knowledge of where the faults will come from. You get an eye for things and you look at detail as if it’s second nature because of being in the industry for so long. 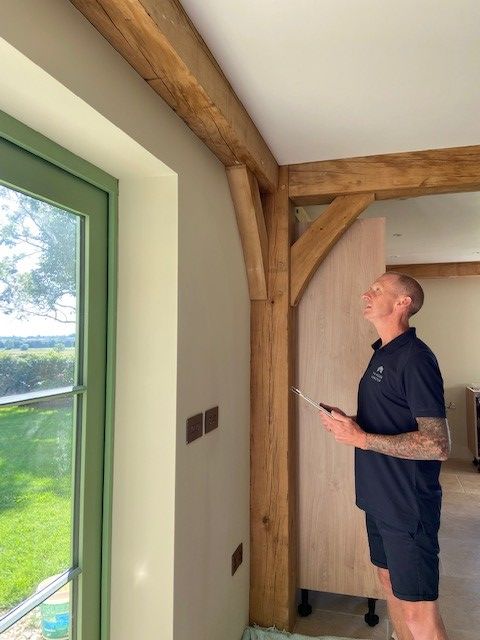 Where in the UK do you cover?

We currently cover Buckinghamshire, Oxfordshire, Hertfordshire, Bedfordshire, Northamptonshire and Warwickshire. However, I’m always happy to discuss and try to accommodate people out of these areas if I can. I’ve recently booked an inspection in Newcastle-under-Lyme – it’s a long way to travel but it’s good exposure for the business.

How long is the new build’s snagging period?

You normally have a ten-year warrantee with an independent body which is more for the structural side of things. With the developer, you have a two-year period where if you have any defects you can go back to them. The only issue is that the longer you leave it (and I'm talking about things like damage to walls) they can easily say that this was caused by you moving in or day to day living. However, there are fundamental things – for example, if your handles start to fail on your windows or your kitchen unit doors started to fall off – where as long as it’s not misuse, you do have that two-year period. While it's certainly better to get the inspection done earlier, developers will try to put pressure on home buyers by saying, “you have seven to ten days…”. I assure all my customers that is not true and they’re just trying to put pressure on homeowners to get it done sooner rather than later. That’s not reasonable because if you've just moved in your focus is usually on getting your new home right and only then would you start to see things problems.

What are the future plans for The House Inspector?

Obviously, it’s a relatively new business, so right now I’m trying to expand it. I plan to grow the business across the UK using trained inspectors who are up to our standard as a company. I also really want to make people understand that having an independent snagging inspection service is paramount for new build homes and peace of mind. It could potentially save thousands of pounds in the future from defected building practices. Customers also get peace of mind that their home has been thoroughly inspected. 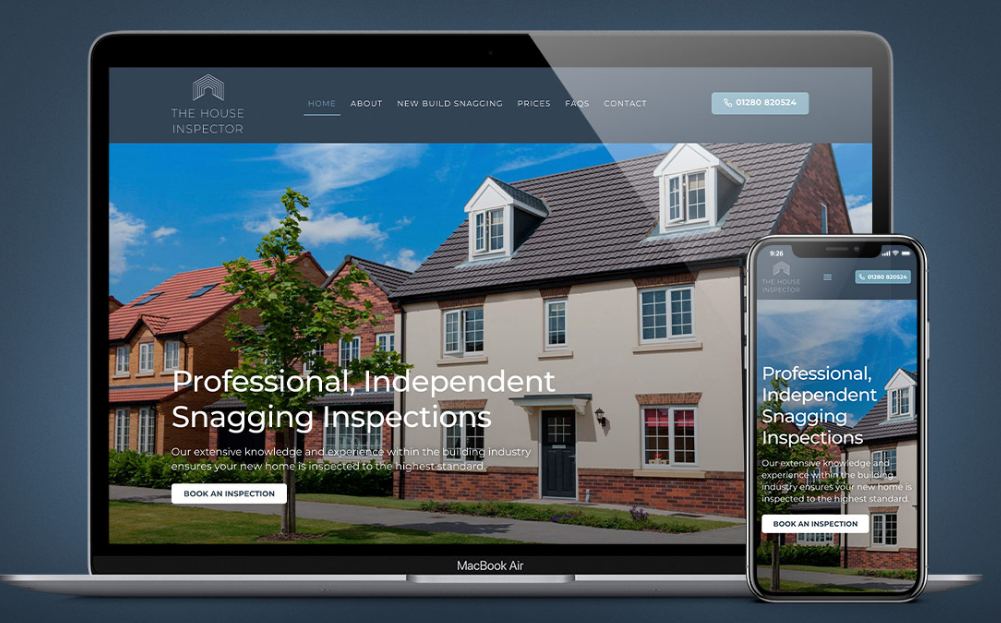