“Picturing Amy and I tend to see her in a frock, like the blistering yellow Preen dress she wore to the 2006 Brit Awards, or as trail-blazing the sport-luxe trend in a variety of heritage designers, most memorably Fred Perry.”

A Place for Everyone

It’s now eight years since news of Winehouse’s death broke and coincidently it was just a few months earlier that the behemoth that is Instagram was launched. Amy Winehouse was the antithesis of those consciously styled images which flood our timelines. I think it’s incredibly telling that her stylist Naomi Parry was also a mate – a fellow Camden girl who shared a love of big hair, vintage looks and strong female styling. I’m hoping you Oxonians will forgive this basking in North Londonia, but as an émigré myself, (my first job was at Camden Market, my teenage obsession was backcombing my hair and I perfected the art of liquid liner on the tube en route to school in Camden Town) I’m of the opinion that Amy perfectly embodied the mise-en-scène of NW1, and no other vocal has synced so consistently with love, heartbreak and loss. (With thanks to @traceycoverley for allowing me to use her portrait of Amy, rendered in fabric and thread). 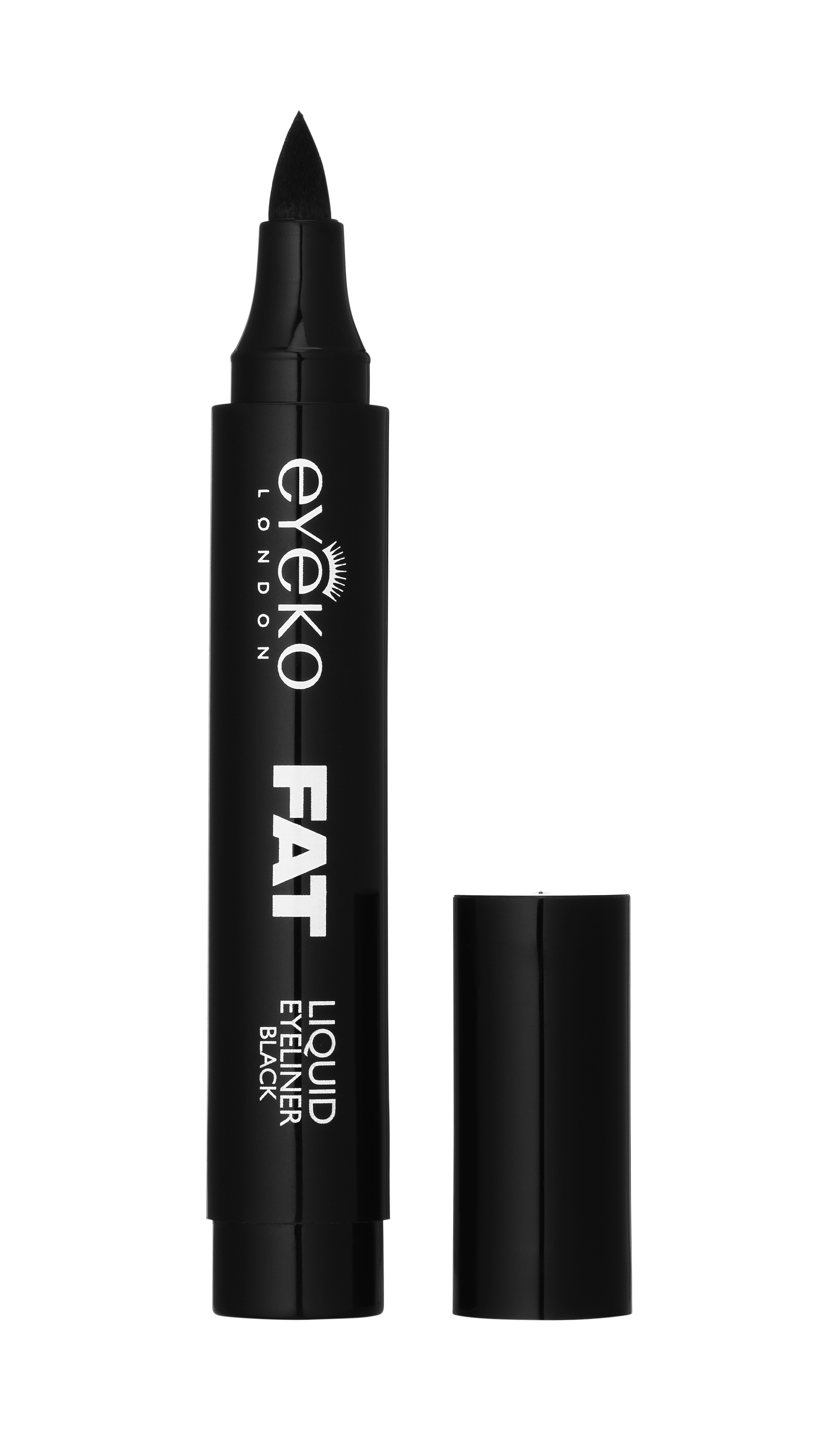 As already indicated, I’m a lifetime devotee of liquid liner. Amy’s face at times lacked a ‘professional’ touch: the massive flicky strokes which spoke of those times when a line has come out wonky and the most efficacious way of dealing with it has been to extend the whole thing, rather than start again. Many are the times I have been aiming for a minimal stripe but ended up styling it out with a maximalist Winehouse cat-eye. Once a sub-cultural retro-inspired look, it’s now been adopted into the mainstream and the market has responded. Leading the way is Eyeko who have no less than seven different liquid liners in easy-to-use pen format, both brush-tipped and felt. The joy of this format is that you are essentially using a pen to create a line and this is an art in which most of us are relatively skilled from primary age. The brush-tipped Magic Liquid Liner is a gold standard all-rounder but for Amy’s chunky, arresting lines try the Fat Liquid Liner – a chubby carbon-black felt tip guaranteed to give you wings. (Both £16, eyeko.co.uk)

Imagining eau-de-Amy brings to mind late-night clubs and a panoply of scents mingling with fresh sweat, smoke, and anticipation. Just me? In reality, I’m willing to bet she reeked of Elnett – hairspray to the gods. My first thought was to feature it as a stand-alone because it’s a scent I adore, but much like other scents I love (launderettes, coffee, petrol stations) it isn’t one which I can legitimately place on these pages. However, in considering the bouffant, I came to backcombing, ratting, teasing – however you dress it up it doesn’t do any favours to hair’s long term health. So, as OX Magazine is paean to all that is luxurious and lovely, may I introduce you to Tabitha James Kraan? Tabitha has an award-winning salon in Stow-on-the-Wold from which she has developed her own exquisite range of hair products. Determinedly detergent-free because as she herself says, you wouldn’t use floor cleaner on your face, so why detergent on your scalp with all those hair follicles allowing direct passage through to your blood stream? I’m sure I’ll be returning to the rest of the range but for now I will simply share her 100% natural, 99% organic Scented Organic Hair Oil (£38, tabithajameskraan.com), a soothing pre-wash treatment for dehydrated, overworked hair. As with all things I favour, it is straightforward to use – work a pump or two through wet or dry hair, leave for at least 10 minutes and then wash thoroughly. However, if you want to go deluxe, massage it into your scalp before working through the ends, leave in overnight and wash it out in your morning shower. Kraan’s signature Amber Rose scent is made up from generous blend of essential oils, evoking the distinctive and always-welcome aroma of posh spa, a far cry from our starting point but infinitely more desirable. 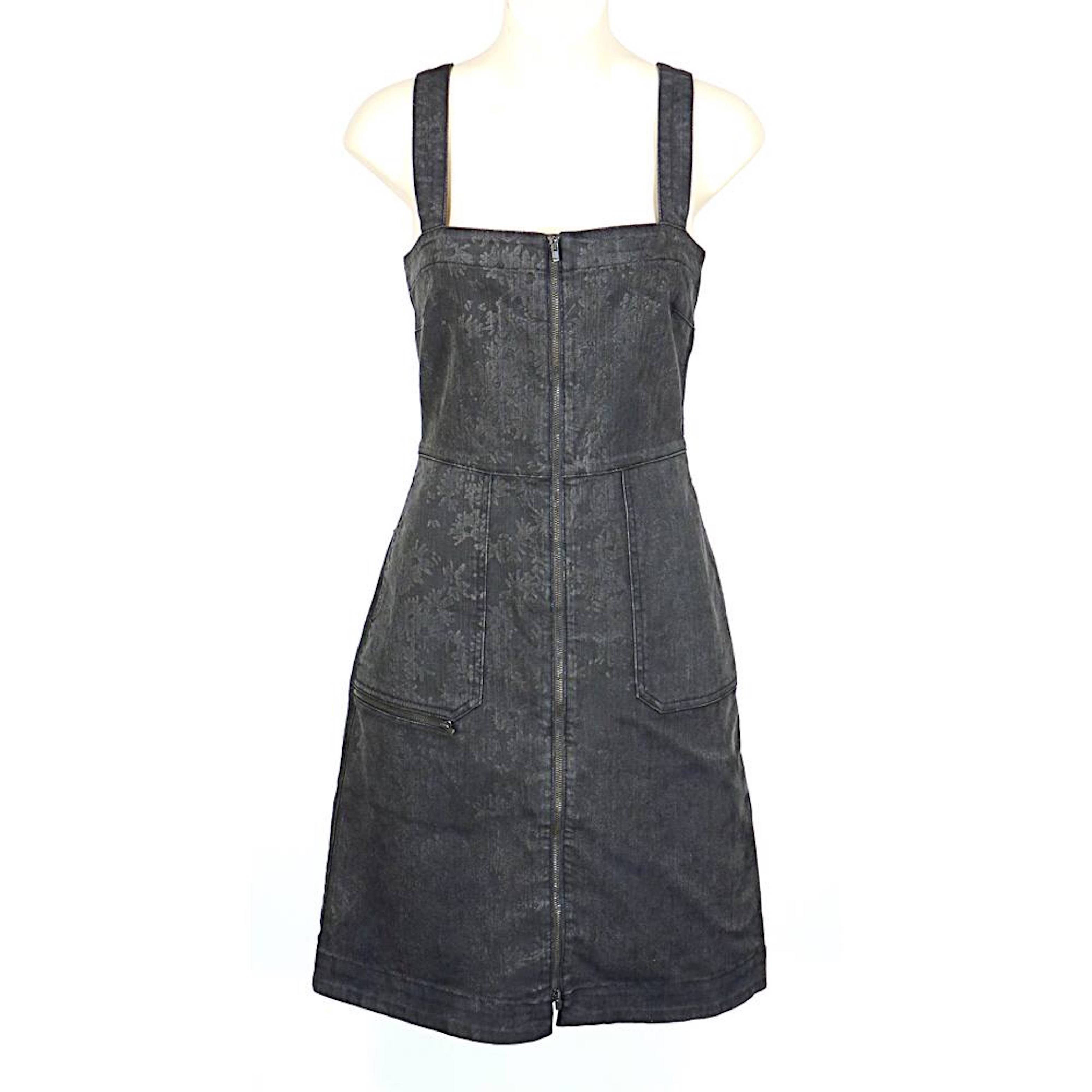 If you are wondering why this Stella McCartney dress is looking less than luxe, it is because this image is purloined from Oxfam’s online shop, found at oxfam.org.uk. At £180 it isn’t priced to appeal to the bargain-hunter but even if by the time this magazine is printed it is no longer available, the joy of the charity shop (and this is simply an online version of same) is that stock is constantly replenished and you never know what treasure you might find. I liked the idea of featuring a charity shop on these pages; surely none of us are selectively deaf enough not to realise that too much fast fashion is killing our planet. Also, and from a style perspective rather than a proselytising position, Amy’s style was steeped in vintage, and where better to find the real deal than by rummaging through the real or virtual rails of a second-hand store. 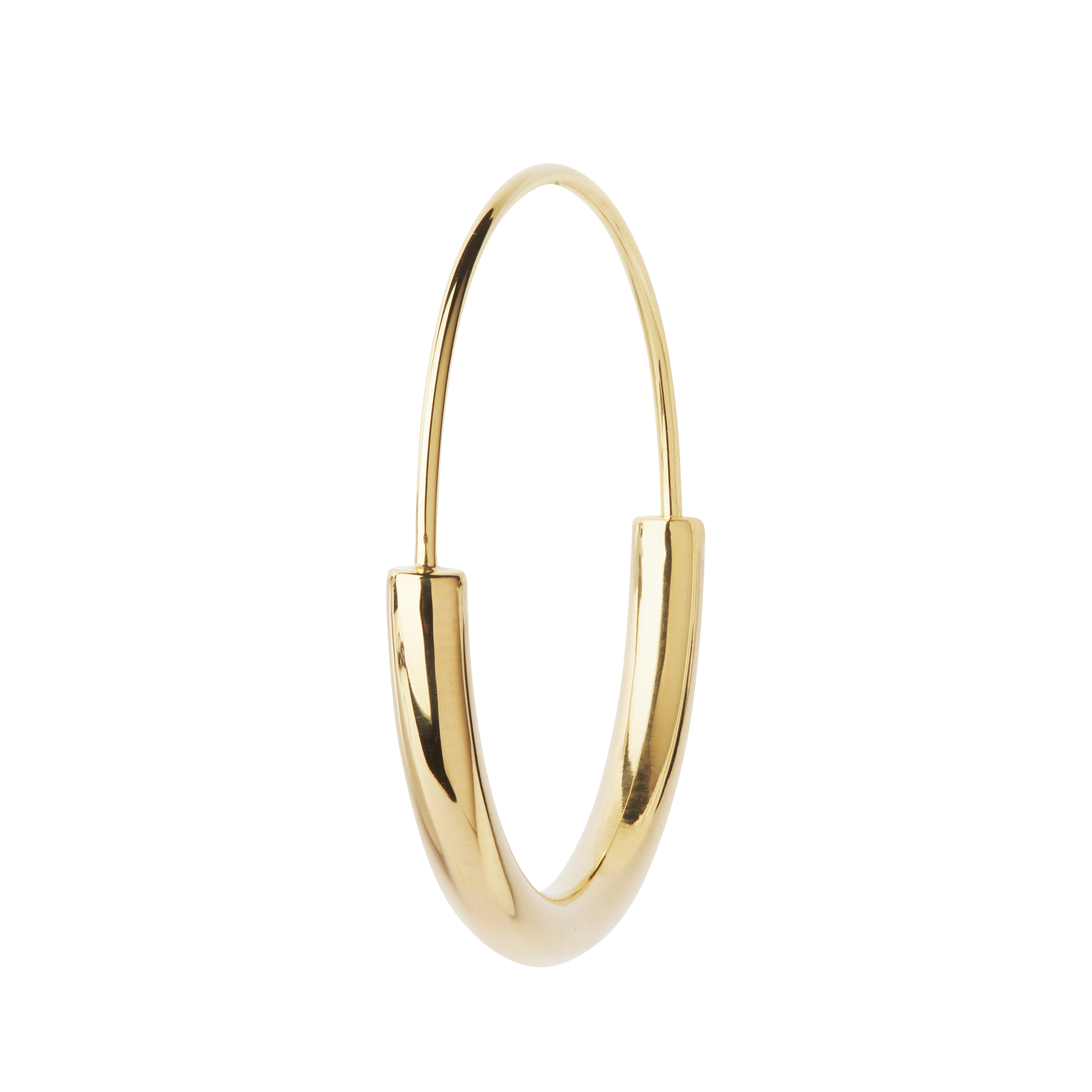 Hoop earrings were a constant in the Winehouse repertoire of mildly defiant fashion statements and I was eager to find one which offered something over and above the standard. Jewellery designer, Maria Black, has been tapped as one to watch and ten tempting minutes spent browsing her website confirmed it worthy of a bookmark for later in the year and what I like to call Birthday Season (well, my birthday, at any rate). I’m rather enchanted by Serendipity, a play on the classic* hoop earring, available online in gold plated sterling silver (£71, maria-black.com).

*I say classic despite my mother’s voice ringing in my ears, questioning whether the slightly declassé hoop can be considered deserving of this accolade. To some the only classic is a discreet stud (pearl, perhaps a diamond or the Tiffany silver knot at a push). To others, it’s the hoop and I suspect it is those people to whom Amy sang. 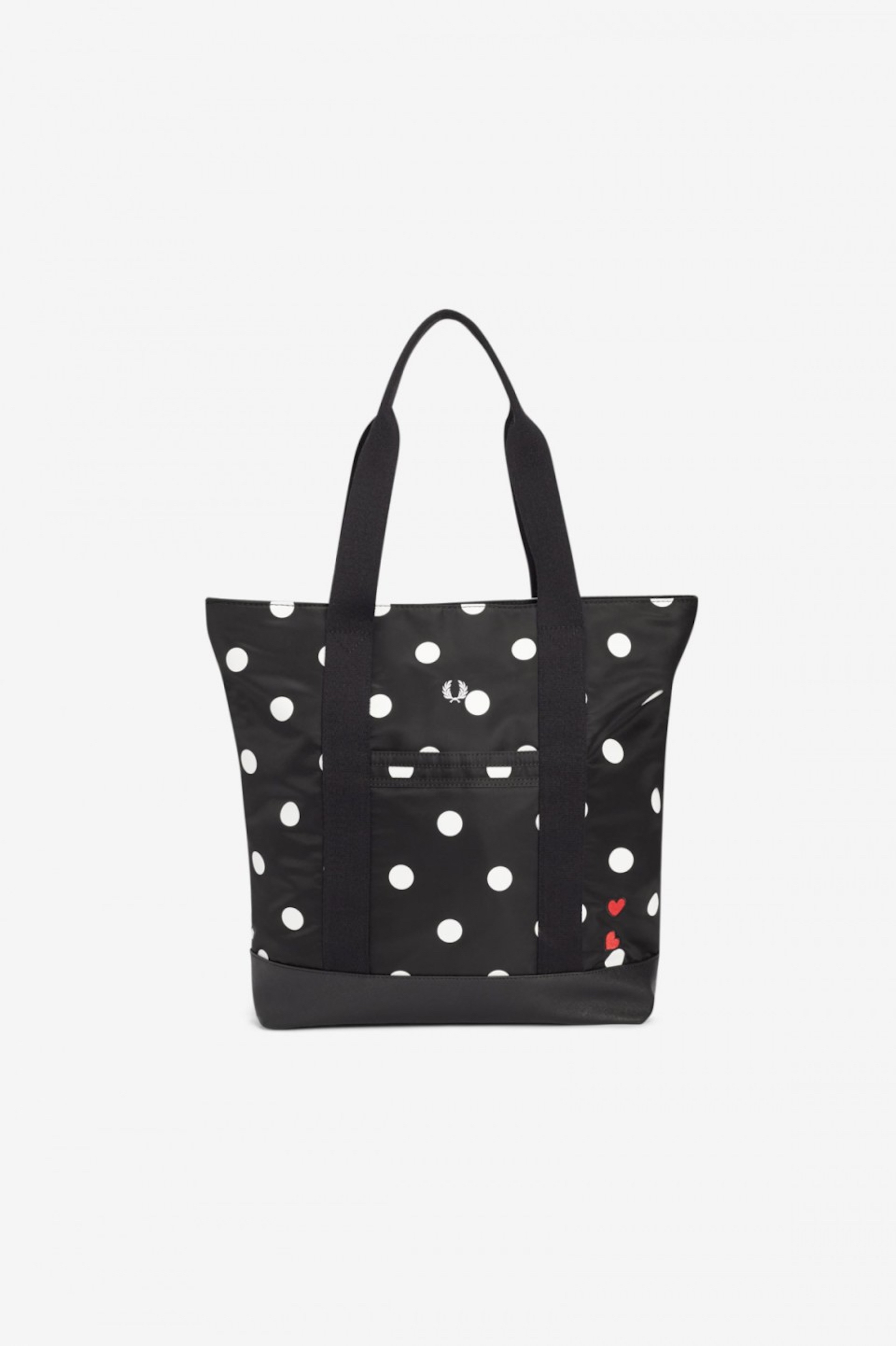 Picturing Amy and I tend to see her in a frock, like the blistering yellow Preen dress she wore to the 2006 Brit Awards, or as trail-blazing the sport-luxe trend in a variety of heritage designers, most memorably Fred Perry. The association has continued since Amy’s death and Fred Perry continues to collaborate with The Amy Winehouse Foundation and Amy’s Place (for young women overcoming addiction) by creating a collection which echoes the singer’s rockabilly style and supports regular donations to the charity. The Amy nylon tote bag from this season is summer perfection: bold, jaunty print, classic shape, practical size and ‘tattooed’ with patches featuring Amy’s signature red love hearts (£70, fredperry.com).

Laid back looks for holiday vibes.

Summer suncare is a must and when it comes from an expert skincare brand that’s a double win.

Our guide to nailing the 'No Makeup Makeup Look.' Think of it as me but better.

I think a cocktail ring is my absolute favourite statement accessory, not least because anything with cocktail attached is always welcome.