“I think our music does quite specifically fit a festival crowd, because we write songs that people can dance to and we have quite lengthy jam sessions onstage”

London-based country rock outfit Treetop Flyers weave blissful, sixties-tinged west coast Americana with a British rock ’n’ roll swagger. Their eponymous third album comes out on August 24, and oozes with soulfulness thanks to singer Reid Morrison’s rich, warm vocals, stunning close harmonies and the atmospheric warble of a Mellotron. Jack Rayner caught up with Reid ahead of their performance at this year’s Cropredy Festival.

How did you come together as a band?

We were all in different bands a few years back in London, and when my band at the time fell apart, I got together with Sam and Laurie and had a little jam together. We all love Neil Young and that sort of music, and our jam sessions went really well. We recorded a demo just to get some gigs and that became our first EP. It was around the same time as Mumford & Sons, and even though we're a very different band to them, a lot of people's ears were engaged to folky music at the time. We were in the right place at the right time. From there our sound has progressed, and we're now coming up to our third album.

This scene you mentioned being part of in London – were all the bands supportive of each other's progress?

Absolutely. There were a lot of artists doing folk music at the time, and Communion Records in particular were quite a big player. We put an EP out with them, and were quite involved with some of the bands, even though we still felt like outsiders because we were a little bit different. All the bands were always incredibly respectful, and we owe them a lot in terms of how many people our music was exposed to at that early stage.

Do you think this is, if not a golden age, then a positive era for your kind of music?

You do wonder if a band playing a mandolin or a banjo is ever going to be famous... It tends to be associated with older people and old music, but once you appreciate those old heroes for what they are, then you can understand why it got big again. It's the sort of music where it doesn’t matter where you're from or how old you are. Also, with acoustic music you can just play round people's houses and you don't have to setup various systems.

Who else in your area are you big fans of?

I think it's all changed now, because that sound got big pretty quickly and kind of blew itself out. We still love all of our old music, like Neil Young and Van Morrison, but we love a lot of new bands as well – particularly from America. Floating Action are really good, and Richard Swift, who sadly died the other day, was also fantastic. We've also got into jazz a lot more recently, and we try to be quite eclectic in terms of what we listen to.

For a style of music that's rooted in the past, how do you conquer the challenge of staying current?

I think you just have to do what you do. With any style of music, if you do it well and put your soul into it with conviction, then it's going to come out well. In the past I've made attempts at making songs that fit into a current scene, but by doing that you're already late to the party. If you're trying to copy something that's already out, you've missed the boat. You have to stick to what you like doing and be true to yourself.

You're playing at Cropredy Festival this year. How do you cater to the festival crowd, compared to gig crowds where everyone has bought a ticket specifically to see yourselves?

I think our music does quite specifically fit a festival crowd, because we write songs that people can dance to and we have quite lengthy jam sessions onstage. We've played Cropredy before, and the first time we played it was one of the biggest gigs we'd ever done; the response was incredible, and we think our type of retro music appeals to a festival crowd because it reminds them of their favourite bands from the seventies. At that sort of festival, everyone just has a good time.

What's your proudest moment so far?

Winning the Glastonbury Emerging Talent competition a few years back was pretty big, and helped us out massively. To be honest, Cropredy is a massive highlight in our career because we used to go as fans.

Where do you from here?

Our new album comes out on August 24. We've got some dates around then, and over the last year we've got ourselves a studio, so we're essentially recording all of the records ourselves. It's great fun to be able to do that, and hopefully we'll just be doing more recording, as well as going back to America. 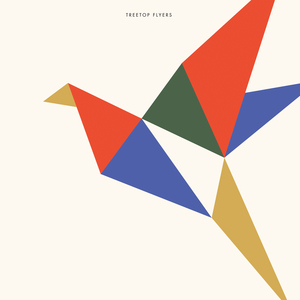