“Symbolising wisdom, longevity and endurance, and living for more than 100 years, this magnificent climber has adorned many British properties”

Whilst the fragrant, cascading Wisteria blooms embellish many of the facades of town houses, garden pavilions and trellises shown on the programme, this highly fragrant climber was actually only introduced to British gardens in 1816 when an English plant collector brought seedlings of ‘Ti Zen’ (blue vine) from the garden of a rich Chinese dealer to Europe and onto England. The genus was subsequently named by botanist Thomas Nuttall in memory of Dr Caspar Wistar, an American physician and promoter of vaccinations. 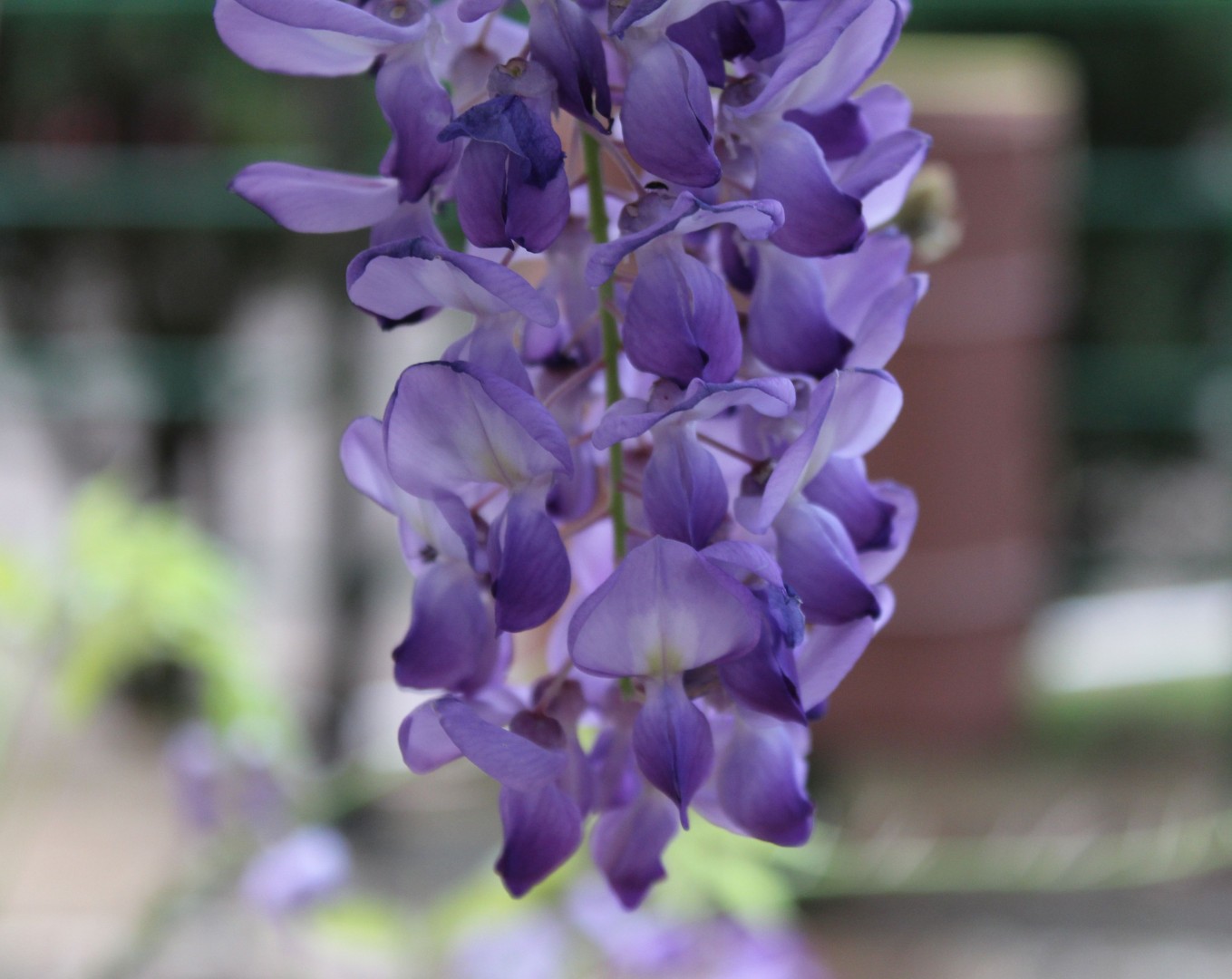 Symbolising wisdom, longevity and endurance, and living for more than 100 years, this magnificent climber has adorned many British properties over the decades and provided they are correctly pruned twice a year, in February and in August, you will be rewarded by long pea-like clusters of fragrant blooms in a selection of colours from white to pale lilac and deep purple.

When you are selecting a wisteria for your garden, think carefully where you will grow it. Most frequently grown on the front of buildings, an established plant can become very heavy and does require suitable and substantial support. They also develop deep long roots, something people do not always consider when planting against a property. They are, however, ideal for planting up a wooden or metal pergola where the vigorous twining stems can be trained each year to develop into an established framework. They also look stunning grown as freestanding shrubs or small trees, but this require both time and patience to be rewarded with a suitably shaped plant.

Native to China, Korea and Japan, Wisteria sinensis was the original variety introduced into this country and for many years, it was the only species available. However, nowadays, you can choose from more than 20 different species of this beautiful climber, originating from both China and Japan (Wisteria floribunda). Varieties have also been introduced from America, Wisteria frutescens, where they can be widely found in the Southern States.

So, how do you tell the difference between W. sinensis and W.floribunda? The growth of the stems of W.floribunda twine in a clockwise direction whilst W.sinensis twines in an anti-clockwise direction and its growth is more vigorous. When the plants are in bloom, usually between late April and June depending on the weather, the W.sinensis has shorter flower racemes of white, violet or blue flowers, whilst W.floribunda has longer racemes of flowers in white, pink, violet or blue. 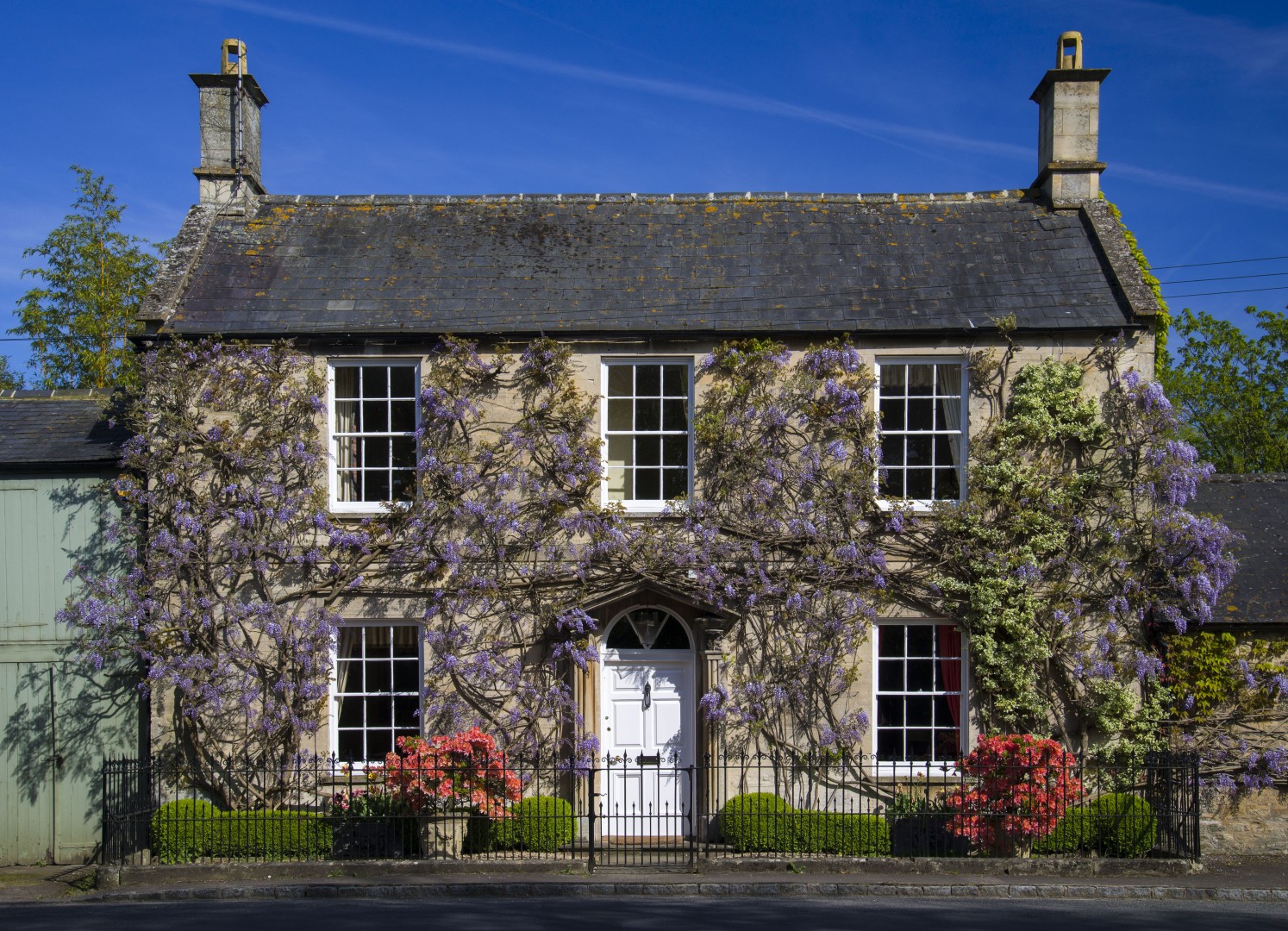 When selecting your Wisteria, always choose one that is grafted and do not go for seeded specimens. However, please do not expect your new climber to bloom immediately as they can take between five and ten years to produce their spectacular blossoms. They prefer to be sited in a sunny position with moist but well-drained soil, best planted in spring or autumn, adding plenty of well-rotted manure or garden compost to the soil which improves fertility and drainage. As the buds can be damaged by spring frosts, a sheltered position is ideal.

There are several key stages in the care of Wisteria to ensure they flower each spring. In the first season after planting, tie in all of the vertical shoots fairly loosely to their supporting wires; train them as an espalier with a single main stem and horizontal laterals. Aim to have the horizontal shoots 38-45cm apart, enabling the flower racemes to hang freely for the best display. Repeat this the following season to produce further extension of the main vertical stem, another set of laterals and the first of the flowering spurs. Flowering spurs will not be produced until two years after planting.

Once the plant has filled its allotted space, a system of twice-yearly pruning is required. The summer prune, best done this month (August) controls the exceptionally long shoots, often producing a second flush of flowers in September and also helping activate growth for the next season’s blooms. For the August prune, the laterals are taken to within 15cm of their base which initiates flowers buds in the remaining buds. Where you can see the branches, count past four leaf shoots and prune at the joint of the fifth. It is not always easy however to accurately see where the shoots are growing. Removing the excess laterals which can grow up to 2.5m long, encourages improved air circulation and exposure to the sun.

The February prune takes the laterals back to two or three buds. As the plant is devoid of leaves at this stage, it is much easier to count where the bud points are to ensure pruning is conducted in the correct place. Following this winter pruning, give the plant a handful of rose fertiliser and a good drink to ensure the fertiliser granules are dissolved. Wisteria also appreciates extra water between July and September. Other than the pruning, an annual feed and a water in late summer, they often, happily, thrive on neglect.