Are Humans Responsible for Natural Disasters?

“Today we sometimes hold up science as a new form of religion, a way of accessing truth. ”

How and why did an 18th century debate reappear this year? In 1755, the Lisbon earthquake killed thousands, causing philosophers, scientists, and priests to question who is to blame for natural disasters: humans, nature, or God? COVID-19 is global and more deadly but raises the same question. As part of this year’s IF Oxford, Dr Joe Cunningham and Dr Dafydd Mills Daniel recreate disagreement between two Enlightenment philosophers – Voltaire and Rousseau – and ask you which side you agree with. From Yorkshire, Dr Dafydd Mills Daniel – a University of Oxford lecturer in Christian ethics – tells Sam Bennett more. 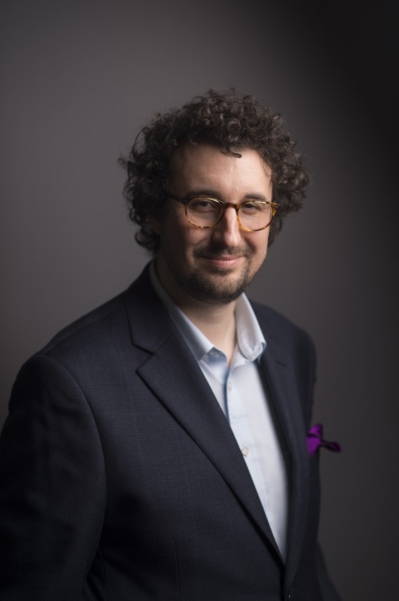 This edition of OX also features an interview with John Holmes, who’s written a book about Oxford’s Museum of Natural History called Temple of Science. People may think of science and religion as separate to each other, but there’s real overlap, that book and its subject just one example.

There is a lot of crossover, particularly historically, which is the focus of a lot of my work and the upcoming IF Oxford event. I did a Radio 3 documentary last year about Isaac Newton’s religious beliefs and his belief in alchemy. It is amazing how they get intertwined. There’s a view that scientific reason is value-free; it studies facts, you uncover the truth of the universe, and it’s purely impartial. I think that’s something the science and religion debate helps to challenge. A lot of scientists think science can be a source of our moral and religious values, and is there really a way of studying reality without involving our own values and hopes? Today we sometimes hold up science as a new form of religion, a way of accessing truth.

Tell us about your IF Oxford event, ‘Are humans responsible for natural disasters?’

In lockdown I was reading a lot of news, you know the news apps that give you the latest headlines? There were three in a row: one from Miley Cyrus, one from Sarah Ferguson, and another from Jameela Jamil. Jameela wondered if the virus was a “clap back from Mother Nature”; Fergie said “Mother Nature has sent us to our rooms”; Cyrus said Mother Nature’s getting a break from us. It all thinks of nature as something divine; we’ve done something and Mother Nature is like a person who’s punishing us, telling us off for getting things wrong – if we go away for a little while, she will recover and take care of us again. It raises the question, who’s responsible: human beings, nature, or God? It really did flash me back to the debate between Voltaire and Rousseau, who had different ways of describing and explaining who caused the 1755 Lisbon earthquake, in the same way we were thinking about who was responsible for coronavirus. We seem to need to know who’s responsible so we know who to blame, and then somehow we can work out what to do about it. I don’t know what that’s about but that seems to be the connection. 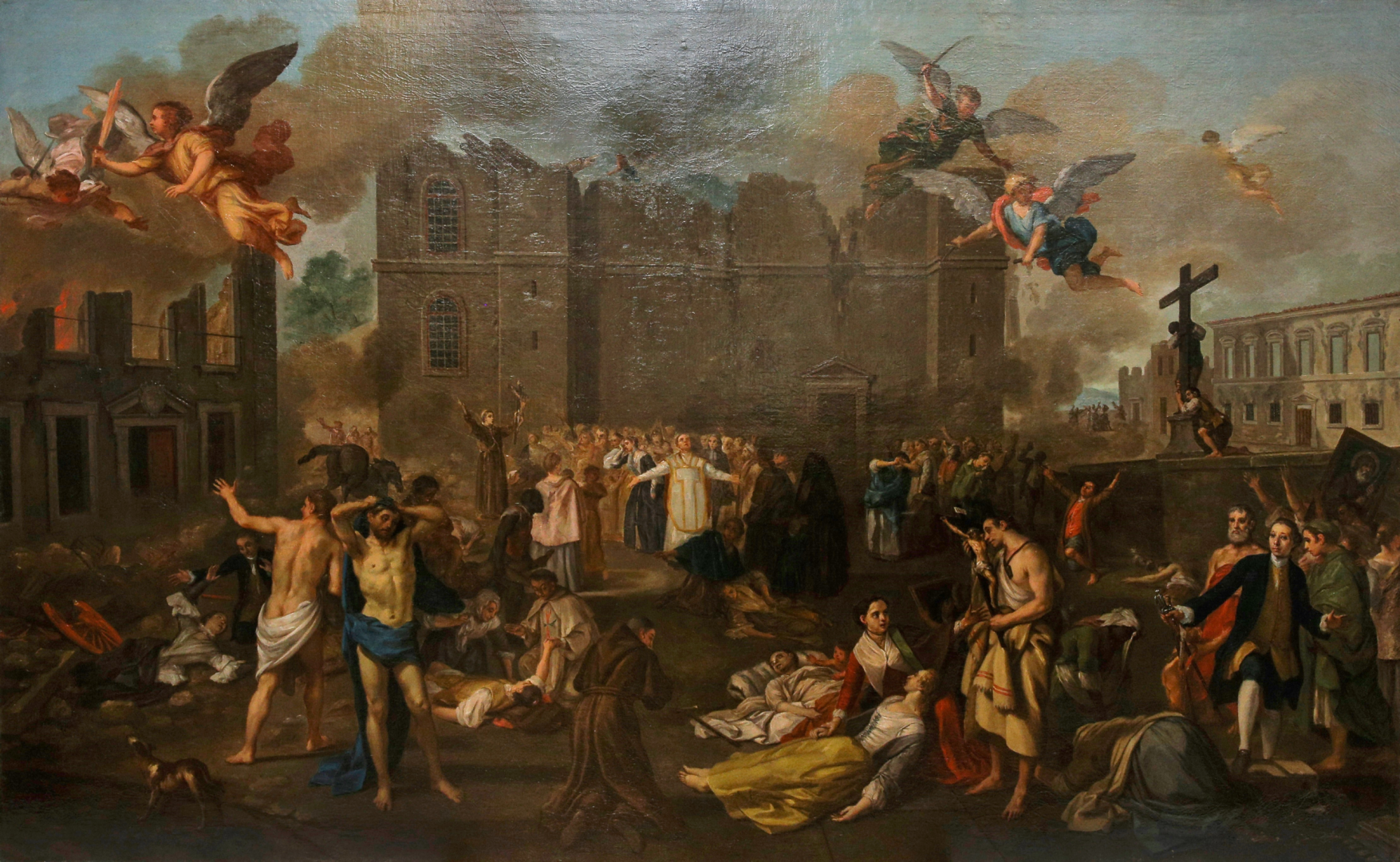 In these pages Kalypso Nicolaïdis (also at IF Oxford) talks about Oedipus in relation to the current blame culture, our need for scapegoats, so it’s interesting that comes up in your event too. I suppose if we all live cleaner, better lives we dilute the chances of bad things happening, but there’s no logic in saying that a pandemic is punishment for not doing that, is there?

It does seem to get into problems… that word, punishment, is an interesting one because again it does have these overtones of an agency, a personification. To go back to Voltaire and Rousseau, what Voltaire was trying to get at, really, was that there wasn’t anyone to blame. We can think about the coronavirus pandemic as something that’s come about because of our treatment of animals or the way we’ve employed global trade and so on, but how do you explain the earthquake? For Voltaire, there is natural evil in the world, these events happen to us and we just have to submit to the fact. Rousseau treads a different line which I think is a refinement of what you’ve just said about punishment. He would have agreed that punishment is the wrong term for things like the earthquake or plagues, but he criticised Voltaire because he wanted to say that there’s still something about human responsibility, even for natural disasters, because of the way in which we interact with nature. Voltaire wants to say there is a great evil because there’s significant loss of life around the world, not least in Lisbon, but Rousseau wants to say there wouldn’t have been such loss of life if human beings had built their homes in a different way or hadn’t built them in those places or if people hadn’t gone back to their homes to rescue their possessions. I don’t think either, despite their differences, would want us to fall into that trap of punishment, Mother Nature – that sort of terminology. They want us to think about it in different ways. There’s something about punishment which just seems cheap, whereas there’s probably a different route here of thinking about responsibility, not in terms of blame, but how we respond and adjust ourselves to each other as well as the natural world.

You won’t be appearing alone at IF Oxford.

I’m with a good friend and colleague, Joe Cunningham. I had the idea and started to think about putting it together as an event, which struck me as an interesting way of exploring these problems, with an audience involved. So I was really happy that Joe, a philosopher at Jesus College, agreed to recreate the debate with me – he brings a lot to it in terms of his work on rationality, responsibility, human action and agency. During the discussion, we thought we’d take a vote of where people are, who they think has won it, and then see if people have changed their mind by the end. 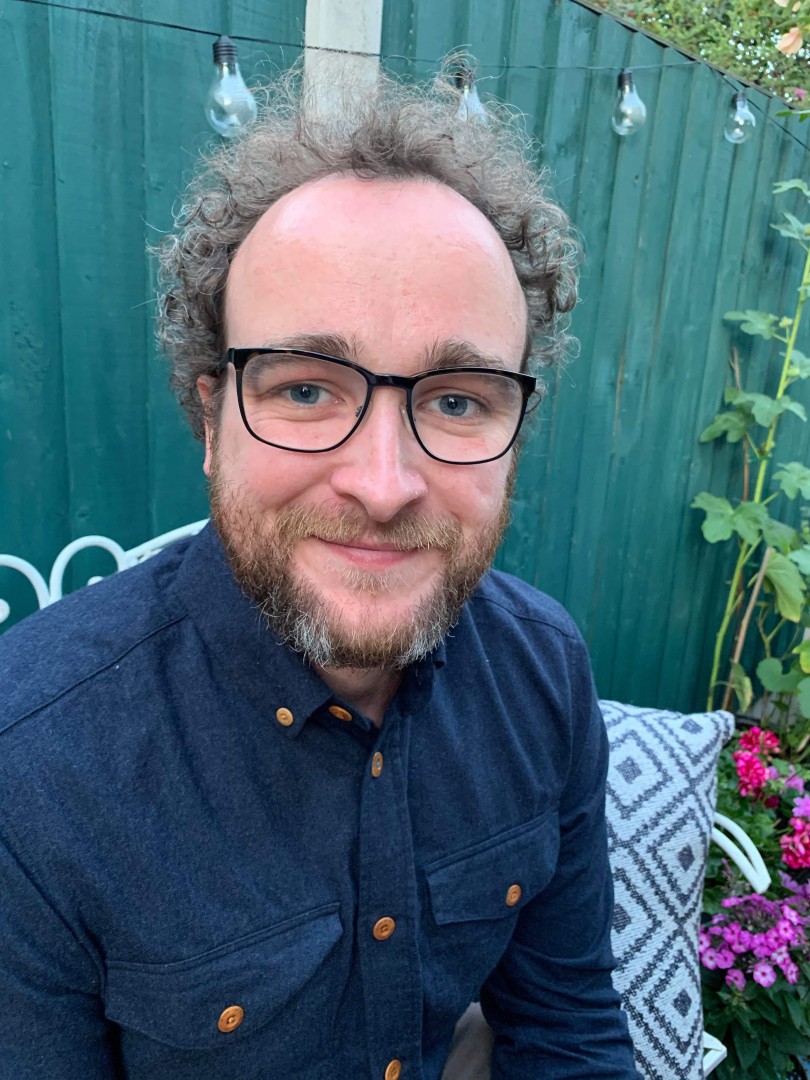 It’s a very exciting event, of course, but you’ve also appeared on our screens in the same programme as Morgan Freeman, as part of National Geographic’s The Story of God. That’s got to be hard to beat career-wise.

What can I say to that! I didn’t expect to become an academic at Oxford, I was a trainee schoolteacher, then this post was there at the end of that and I applied and got it. So, everything that I’m able to do always just amazes me. I step back and find it unusual. There’s no way I ever thought that someone would be calling me on a Wednesday to talk about an event – it’s an incredible honour.

Are humans responsible for natural disasters? IF Oxford, Thursday 15 October