“in every picture of me as a child, I am holding a paintbrush.”

Tucked away in the quiet village of Hook Norton, artist Rachel Cronin is the winner of the 2021 Artweeks Mary Moser Award, an annual award intended to help develop the career of an artist who has taken up art professionally after time working in another sector. Artweeks festival director, Esther Lafferty chatted to Rachel to find out more about her art and her inspiration.

“When I was small,” Rachel begins, “I always wanted to be an artist (apart from the summer I wanted to be Alexis Colby in Dynasty), and in every 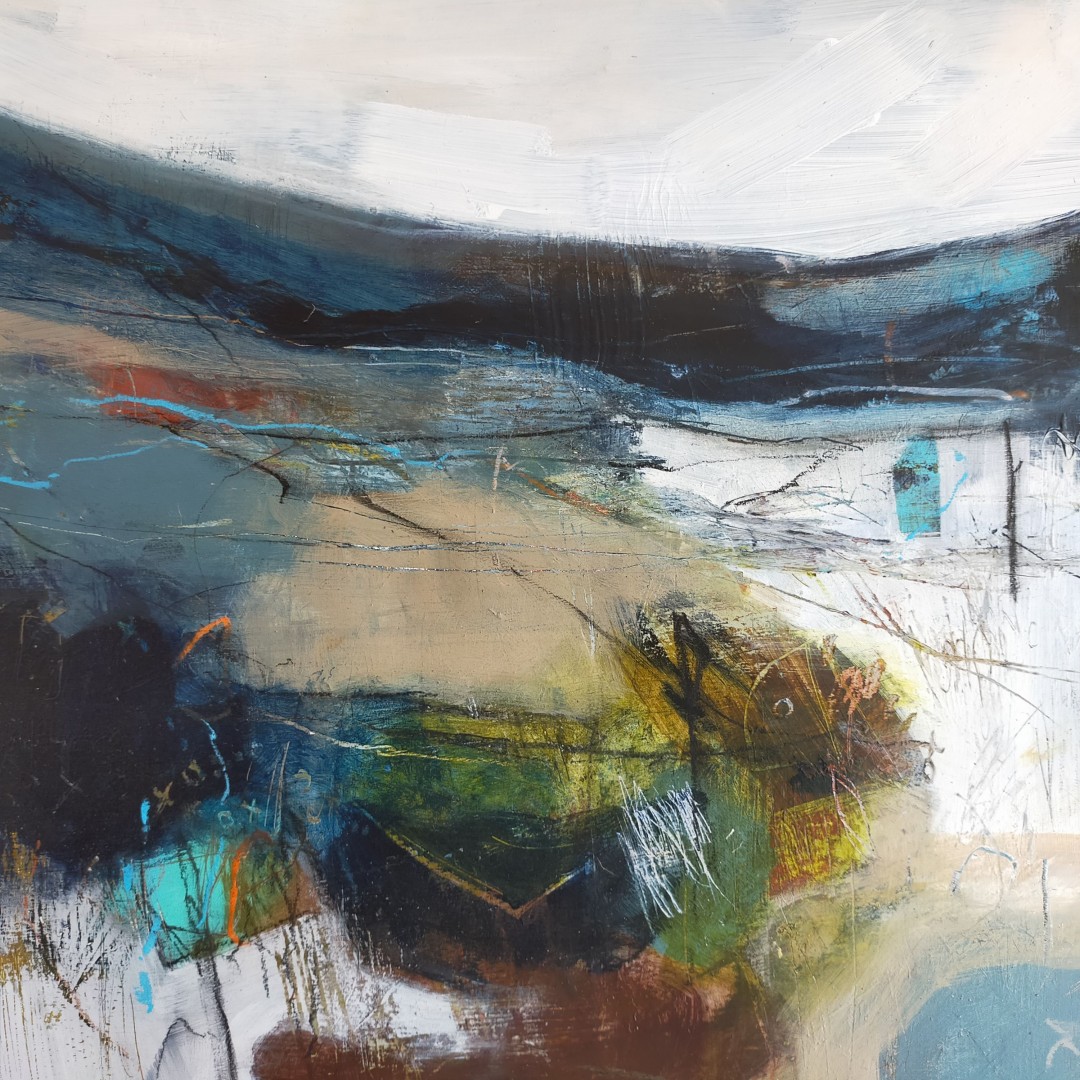 picture of me as a child, I am holding a paintbrush. As a student in Hull, I had a wonderful studio space in a big old Victorian building but painting was rather out of fashion in the art world in the 90s, so it felt a bit of a throwback! From there I went into retail and became a bookseller, which I loved, and didn’t really start painting again until I was in my late twenties. I’d taken a new job at The Mill Arts Centre in Banbury as an administrator, running the box office and in adult education and then, because of my art background, I was persuaded to run a beginners’ class in painting. I felt pretty fraudulent and found it quite terrifying at first, but it gave me the push I needed to start playing around again with my own art. For about ten years I painted in the evenings, squeezing art in around a full-time job and challenges in my home life too, and so it wasn’t until I was made redundant in 2017 that I really had the time to focus on my own work and create a sustainable creative practice. There was a wonderful realisation that I had the freedom to choose to be an artist and to follow my own path in life, and things have taken off from there.”

What is it that inspires your paintings?

“I’ve always been drawn to landscapes, seeking out forms, patterns and colours. It’s the countryside that inspires me most and I love the rolling 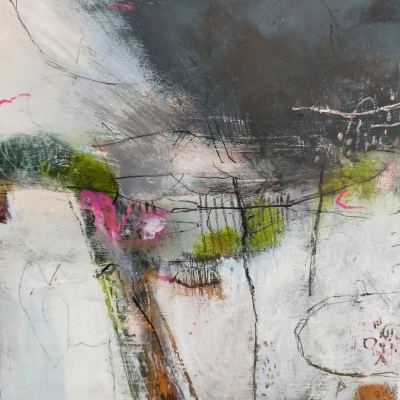 land of North Oxfordshire, woods and trees, and lesser-known spots. I love picking out the man-made elements like gateposts and fences and evidence of ancient ways of life. Although I always have a sketchbook as a starting point for each painting, it’s purely a starting point. I begin, perhaps, with the shape of the land, the lines of a ploughed field, the S shape of a winding path or a solitary tree and, together with the colours I see, create a composition that is not drawn directly from the landscape but is about it. I hope to offer the viewer an experience rather than a literal representation of a scene or vista, and I like my paintings to be a little non-conformist, possibly even a bit jarring or uncomfortable: that adds a depth and an intrigue.”

Rachel adds hidden words, palimpsests glimpsed beneath later layers that echo the history intrinsic to the landscape itself, and elements of symbolism to her paintings. Look carefully and you might see a small X or P for example – each mark, sometimes inspired by Anglo-Saxon symbols, sometimes invented, creates a personal language that offers glimpses of local folklore.

“I was always fascinated by history, and its strange stories in particular. As a child I had a book on the myths and legends of the British Isles and it was very well thumbed, especially the section on Banbury and North Oxfordshire! I’m rather a magpie, collecting snippets of history and tales that catch my attention. I suppose it’s the same kind of approach I have to looking at the landscape!” she laughs. “I particularly love the Roman Road from Shutford to Broughton Castle. It’s very flat and straight with some great wide views and passes through little farms and by pretty babbling brooks. From Whichford Hill, there’s a wonderful rolling view down to Hook Norton beneath massive skies and, standing at the top, you get such a sense of the distance and vastness of the land as field patterns stretch into the distance – of time too, and centuries past. I pass by Traitor’s Ford on the edge of Whichford on one of my favourite circular walks and always wonder why it is known as that: one theory is that the name was originally Trader's Ford because of its position on an old trading route, whilst other people suggest a traitor was hung here during the civil war after the nearby Civil War battle of Edgehill.”

And it’s that haunting sense of intrigue rooted in timeless landscapes which Rachel captures so beautifully in each of her paintings.

You can see more on Rachel and her art at rachelcroninartist.com or over on Instagram @rachelannecronin. She is currently planning a new exhibition for the Oxfordshire Artweeks festival in May. 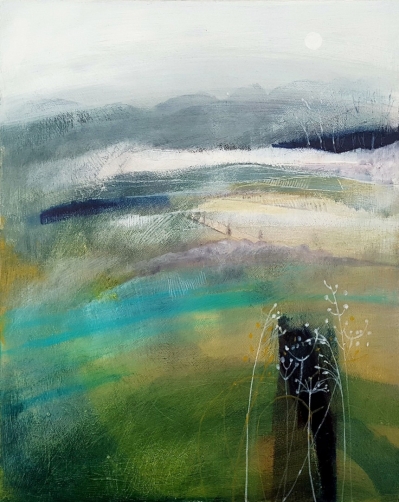